Atlanta mayor Kasim Reed says companies like Coca-Cola, UPS, and Delta Airlines have been staunch backers in his battle to improve transport and cut CO2 emissions. But it hasn’t all been plain sailing

It’s one thing for a city like New York or Los Angeles to take ambitious action to tackle climate change. Such leadership is expected on America’s liberal-minded north-eastern and western seaboards, particularly given their vulnerability to rising sea levels. But when the mayor of a city like Atlanta, in a deeply conservative southern state of Georgia, pushes to the front of climate leadership, people tend to pay more attention.

Atlanta is known more for its traffic jams than its green advocacy.  The region is home to four of America’s 10 fastest-growing counties, and this has led to acute traffic problems, suburban sprawl, and unbalanced growth, with jobs, people and prosperity migrating to the north of the city and outer suburbs, leaving a swathe of economic decline and acute poverty in the city centre and south, home mainly to African-Americans, according to the Brookings Institute.

But the city's charismatic mayor, Kasim Reed, himself African-American, sought to replace that image with one of hope when he spoke to delegates at Ethical Corporation’s Responsible Business Summit in New York earlier this year, urging companies to partner with cities to resist Donald Trump’s anti-climate agenda.

"Cities are where hope meets the street, and where we have the greatest opportunity to make decisive impact that will be unchanged by national policy,” Reed said. He predicted that progress on climate in US cities and in cities around the world "will be steady and constant and dynamic, and that's what I think is needed right now.” 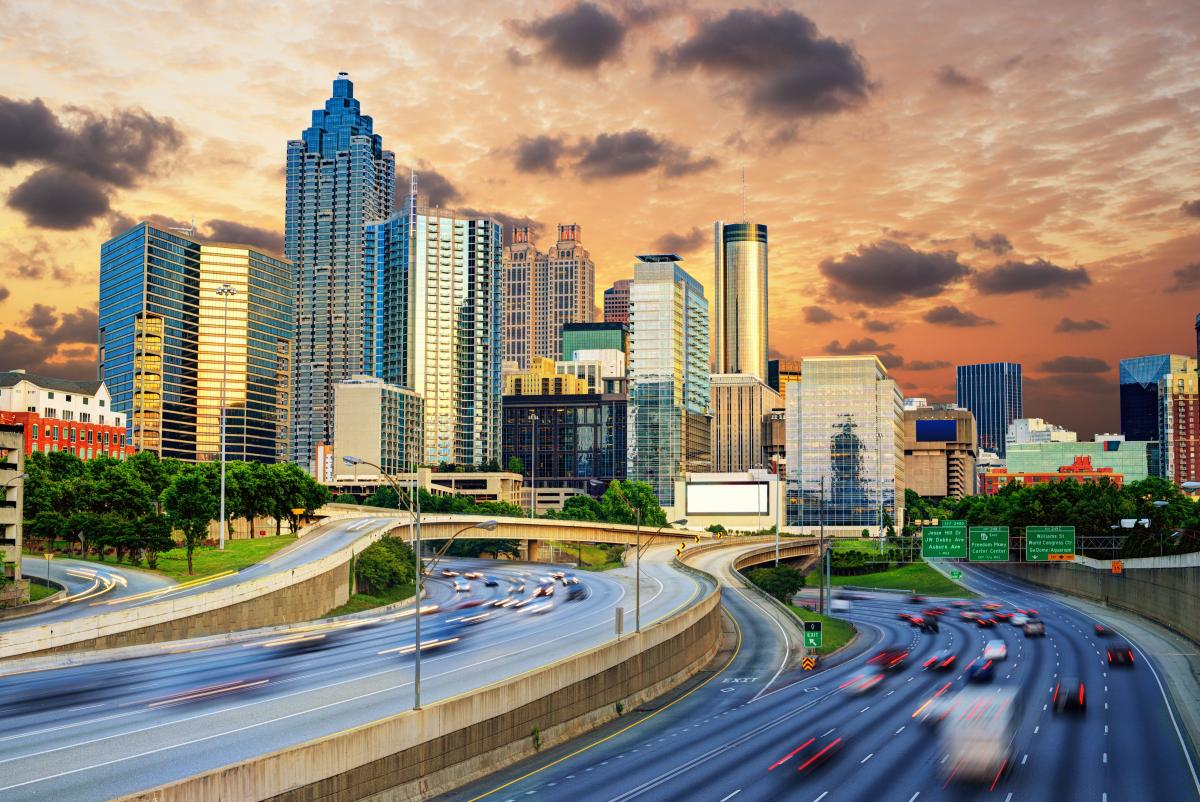 Reed, who has been in power in Atlanta since 2010, is on the board of the Global Covenant of Mayors for Climate and Energy, a coalition of 7,000 mayors from around the world, and last year persuaded the Rockefeller Foundation to accept Atlanta into the Resilience 100 group of cities. The latter was a huge boost, as it came with funding to create posts such as a chief resilience officer, an urban agriculture director, mandated to bring healthy food production within a half mile of the city centre, and a bicycle officer, who, Reed joked, "is more popular than me."

The Democratic politician, a former Georgia state senator and member of the state legislature, is also a rising star in Washington: at one point during Hillary Clinton's failed presidential bid it was rumoured he would be her running mate.  But he says he is most proud of his record on energy policy in Atlanta.

He introduced a buildings energy efficiency ordinance aimed at cutting energy and water consumption in commercial buildings by 20% by 2030, while the Atlanta Climate Action plan, passed in 2015, aims to cut CO2 emissions by 20% (compared to 2009) by 2020, 30% by 2030, and 80% by 2040.  In May, city council went a step further, voting unanimously to set a goal to go 100% renewable in all city operations by 2025, and achieving the same thing across Atlanta by 2035. A plan on how the city will reach that goal will have to be in place by January 2018. Surely it is not coincidental that that is when Reed has to leave office after two terms. 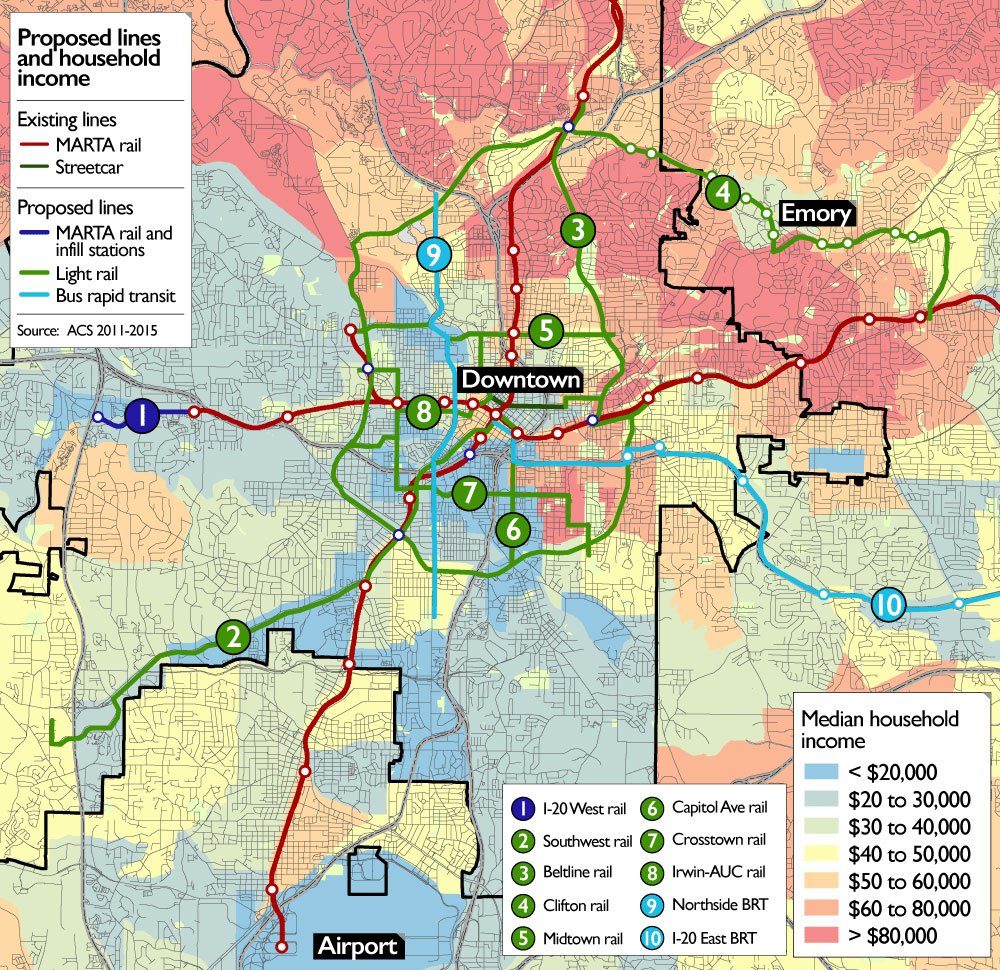 Reed pointed out that Atlanta ranks ninth among American cities by size, but it is home to the country's – indeed the world's – busiest airport, and the third-largest concentration of Fortune 500 companies, including Coca-Cola, UPS and Home Depot. His biggest motivation in pushing this agenda, however, was that he wanted to show other American cities what is possible.

"Frequently when you hear about progress on climate policy and you hear 'we did it in New York' or 'we did it in San Francisco' or 'we did it in Los Angeles' in many parts of the country it causes people's eyes to glaze over. … It causes them to say, that's just those folks, that's not accessible to us. ... I thought we could produce a model in Atlanta that shows that anyone who wants to take decisive action on this issue can make real change."  And Atlanta is certainly not alone. Cities like Denver, Dallas, and Miami are among those in the 100 Resilient cities group.

Reed said the reason he had asked to speak at Responsible Business Summit New York was to make an appeal to companies and nonprofits to help cities that are grappling with climate issues.

"I'll let you in on a little secret, though many leaders of cities want to do the right thing, we don't have the technical bent to execute on the right policies. Without strong partners we can become a bad story," Reed said.  “When you come into my office you are having a conversation with someone who wants to say yes.”

Companies can also support city climate initiatives “with their voice” and in their business decisions. One of Reed's other big priorities while in office has been to push forward with the expansion of MARTA, the city's transit system, and tie it in with the Atlanta Beltline, a sustainable redevelopment project that will provide a network of public parks and transit along a historic 22-mile railroad corridor circling downtown, connecting 45 neighbourhoods directly to each other. Last November Atlantans voted in a referendum to fund $2.6bn to support the expansion of the MARTA scheme and the Beltline. 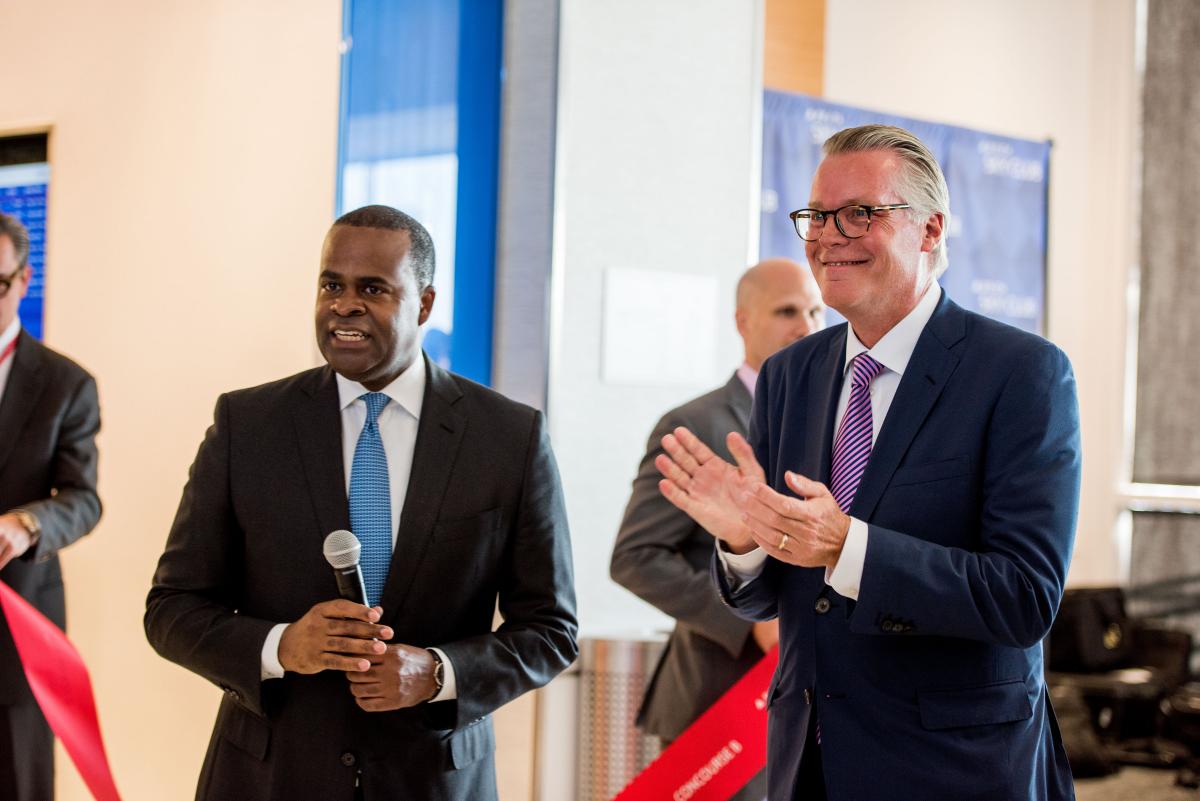 Reed cited the positive impact of moves by companies such as NCR, which recently relocated 5,000 jobs to the heart of Atlanta from the suburbs, and insurer State Farm, which brought 2,000 jobs into the city, both drawn by the MARTA expansion.  As a Democrat-run city in the middle of a state that is deeply Republican, receiving no state funding for public transport, such business decisions are hugely important, he said. "When business leads and makes climate a priority it removes it from the traditional paradigm of Democrats and Republicans and places it at the centre of action for us."

Reed added that the current situation in Washington is an opportunity to seize, not a cause for despair. "We should use this moment not to be cowed, or weary or frustrated. We should use this moment to build a municipal front, where we take on climate and sustainability in a decisive fashion with leaders who care about the issue. We [cities] will be a platform and a laboratory for when the national government comes back to sanity. And we need you."

Interviewed by Ethical Corporation after the conference, Reed said the biggest disappointment of his time as mayor was his failure to push through a more ambitious energy-efficiency programme for commercial buildings.  Under the ordinance, companies with more than 25,000 sq feet are required to publish their CO2 impact, but are not required to do anything to improve it. "I would have liked to have set standards for modernisation and to have created a revolving loan fund" to give laggards loans, payable through energy efficiency savings, to fund improvements, he said.

Although the loan fund was set up, improvements are not mandatory. The city backed away after a fight was put up by small- and medium-sized companies, already unhappy with the naming and shaming aspect of the ordinance, who worried about leaving themselves open to hefty energy efficiency investments.  A tougher ordinance also risked being overturned by the Republican state legislature, Reed said. "You have to pick your fights." 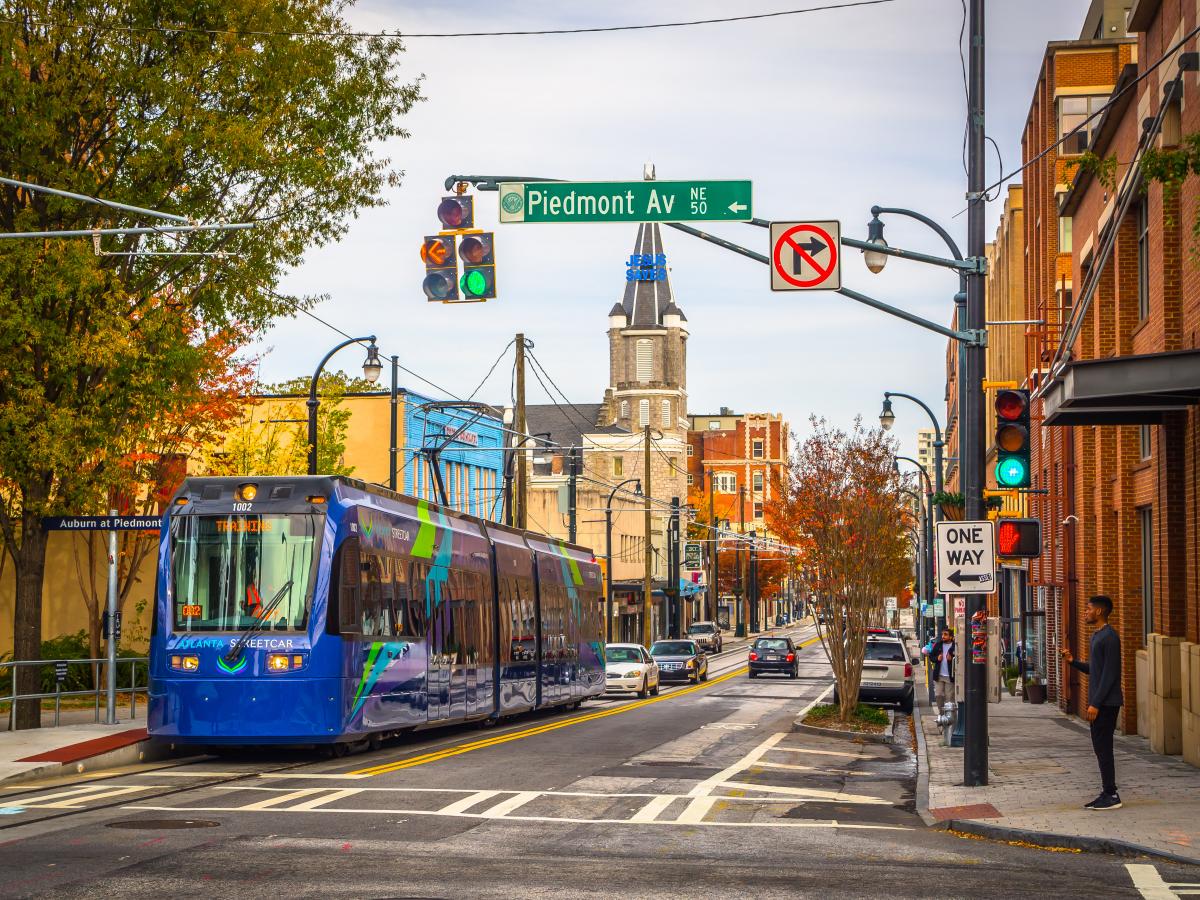 But Reed has benefited from "unwavering support" from many Atlanta-based companies in his climate efforts, particularly Coca-Cola, Delta Airlines, and UPS.  As well as the recent funding from the Rockefeller Foundation, Atlanta has received multiple grants from Bloomberg Philanthropies, which funded, among other things, the creation of a chief services office.  It was the relationship with Bloomberg that convinced him to make climate action the focus of his second term in office, he said.

It was unsurprising to hear Reed say he has “another election” in him after he ends his term as Atlanta mayor next year, though he will take time off with his wife and three-year-old daughter and spend time in the private sector, probably returning to practice law. Given his popularity at home –  Atlanta voters returned him for a second term with 83% of the vote – and in Washington, his next election will doubtless be fought on a bigger stage. And it is a good bet he will continue his climate advocacy.

This is part of Ethical Corporation's briefing on sustainability in the US in the Trump era. See also:

‘In the void left by coal, a new economy can grow’

Resilience is new green for NYC

Energy crisis boosts drive to cut emissions from buildi...
‘We are sliding from climate crisis to climate disast...
Brand Watch: Things go badly for Coke, as activists att...
IPCC says we have the tools to limit global warming. Bu...
comments powered by Disqus