Supply Chain Briefing Part 1: There can be no ‘next China’

The incessant search for low production costs, including cheap labour, is reaching its end, as businesses realise responsibility has a price

Whether we call them late-developing nations, less developed nations, or frontier economies, the places in the world with (relatively) low labour costs and rich supplies of workers and resources hold both promise and peril for brands wanting to source responsibly.

Responsible sourcing is no easy feat, especially when big brands shift to the least developed nations of the world such as Myanmar, Cambodia, Vietnam, Ethiopia and Pakistan, among others. On the business side are considerations of lowering costs, and having a flexible, nimble, and, as one consultant described it, “protean” supply chain. On the ethics/sustainability side there is risk, risk, and more reputational risk.

Nations such as Myanmar and Ethiopia, while attracting interest and investment from big companies, simultaneously have varying degrees of unstable political conditions, human rights violations, child labour concerns, corruption issues, and, on the operational side, lack of infrastructure and uncertain power supplies. Burma is a prime example of the instability problem – while the country has been “open for business” since 2011, and seen a flood of company interest, government reforms have stalled, and the county is even seen to be regressing in terms of human-rights abuses. 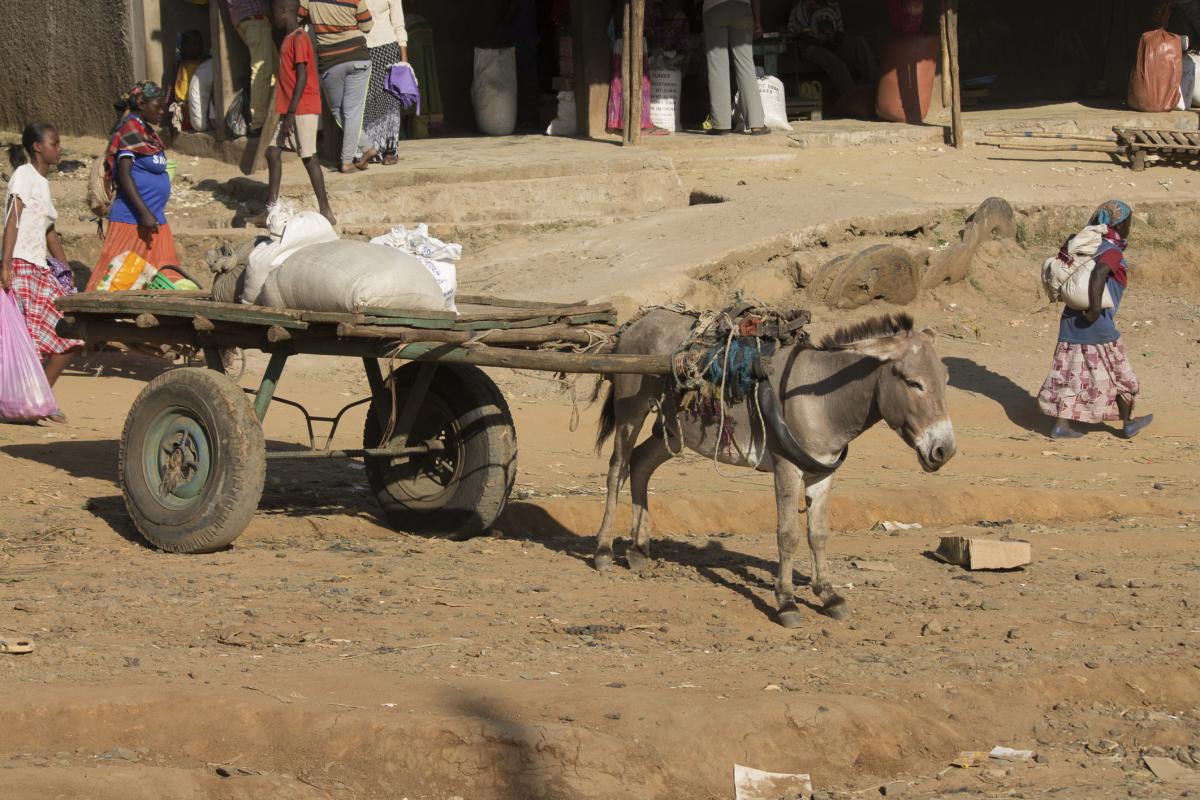 Global retail sectors – fast fashion and footwear, processed food, personal hygiene, computer electronics, to name a few – are now searching for “the next China”. Footwear sourcing, for example, has begun to migrate rapidly south from China to Vietnam. Yet, these big brands, chasing this mythical next China to find the lower wages that once were China’s asset, are also feeling pressure and taking steps to source responsibly, which entails establishing systems that inevitably raise wages.

“We’ve been thinking a lot about the newer, frontier markets,” says Rosey Hurst, chief executive of Impactt, a consultancy specialising in improving livelihoods across supply chains. “Of course we want to try and avoid the issues that have come up in the past to have companies be far more socially beneficial for the countries that they are entering.”

At the same time Hurst says her organisation doesn’t want to stymie brands moving into least developed nations. “I want brands to continue going into places such as Ethiopia and Myanmar,” she says. “International trade has done more than any other mechanism to continue lifting people out of poverty.”

But do the reputational risks outweigh improvements to the bottom line? That’s a key question that will only be answered over time. What can be determined is that the big brands – H&M, Gap, Primark, Tesco, Marks & Spencer – are developing supply chains in these economies slowly and even gingerly, but steadily, in order to reap benefits while minimising the risks.

To source in a new country will always entail risk, and the promise of rewards. The first step is to clearly identify the risks, according to Sydney-based Andrea Spencer-Cooke of the global consulting group OneStone Advisors. That requires the right third-party risk assessment tool – Maplecroft, DIHR, and Transparency International’s Corruption Perceptions Index are some of the options – and to have a firm handle on materiality to understand the key company-specific risks. 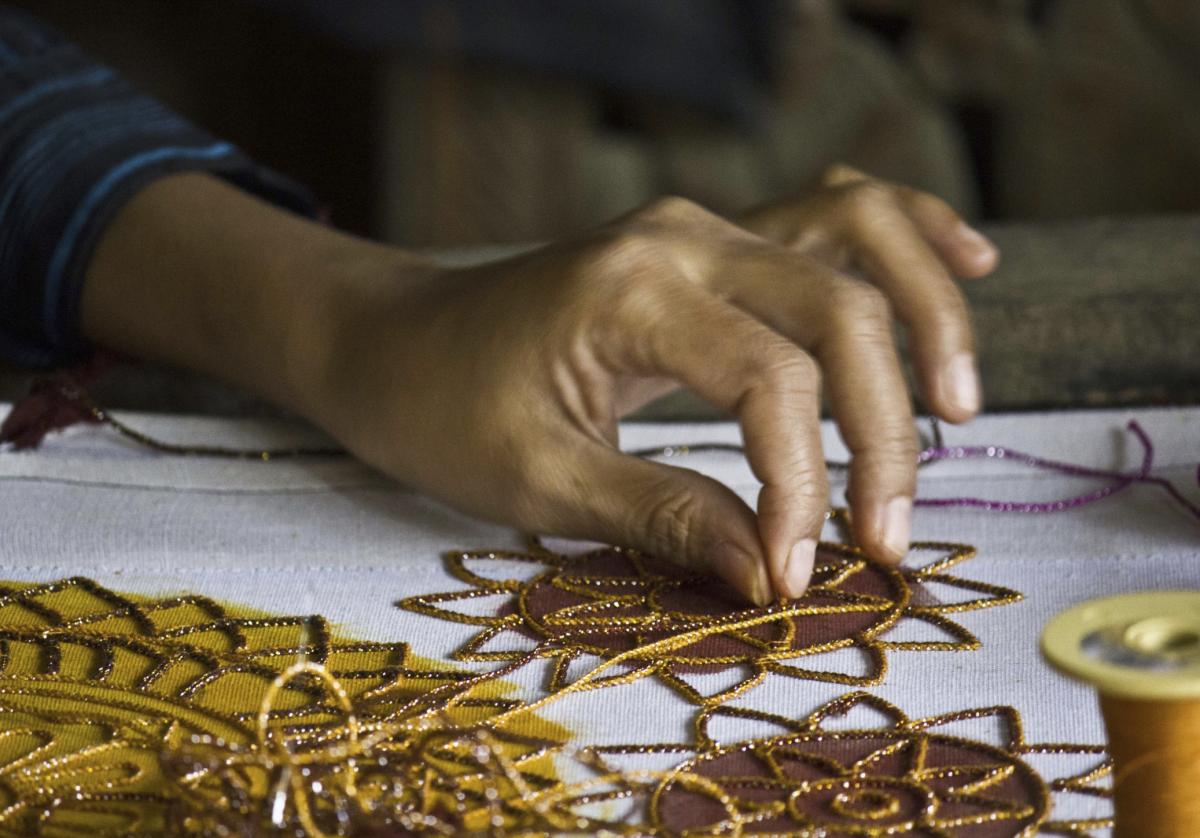 “A major challenge,” says Spencer-Cooke, “is that companies often have to work through third parties or agents, so doing really good due diligence and setting up clear policies and guidelines for ethical behaviour are critical – not doing so opens you up to liability in relation to UK and US anti-corruption legislation, which has global reach.”

When H&M began looking at Ethiopia for sourcing, it did what it calls an “extensive analysis”, looking at environmental and human rights conditions. The company worked with the International Labour Organization (ILO), Sweden’s Sida, and local organisations, says H&M press officer Andrea Roos. In Ethiopia, she adds, the existence of established unions and already-begun dialogue between workers and employers was a help.

Along with Tesco, H&M is sponsoring textile industry worker training, and according to the Ethiopian Textile Industries Development Institute, both these companies focused on safety and quality initiatives before beginning sourcing. Max Haavelar, the fair trade certification label, describes H&M’s exploration of Ethiopian sourcing as a “humble and inclusive approach toward local stakeholders”. Thus far H&M has test-sourced from four Ethiopian suppliers with a medium-term goal of up to a million garments a month from the country. “We believe that Ethiopia has potential to grow as a sourcing market,” Roos says.

San Francisco-based Gap spent more than a year in preparation to source one jacket style and vest style with a “Made in Myanmar” label. Its team met with trade unions, hired labour lawyers, and crafted a strategy with former US State Department Ambassador Melanne Verveer to deliver a reassuring message around mechanisms to empower Myanmar women workers. Gap helped sponsor a technical training programme of USAID’s called Personal Advancement & Career Enhancement (Pace).

“As one of the first major retailers to begin sourcing garments from Myanmar, we understand we have a responsibility to ensure our vendors provide a safe, healthy and fair workplace for garment workers,” says Gap spokeswoman Courtney Wade.

In Myanmar, a big practical hurdle was the country’s lack of minimum wage, an issue that Vicky Bowman, director of the Myanmar Centre for Responsible Business (MCRB), says is not solved, with the government saying it will be the end of 2014 before resolution. Gap set the wage for factories it sources through at $110 per month. Labour relations, Bowman says, is one area that Gap and all of the other companies seeking to source in Burma will need to continuously work on. This will require, Bowman says, “constructive social dialogue” at the factory level.

“There are still too many cases of union activists being dismissed after raising worker grievances, which frequently results in further labour disputes rather than solving the problems for the employer,” she says. “Establishing positive labour relations is going to be one of the keys to raising productivity of Myanmar suppliers, which is what most of them badly need to do to compete.” 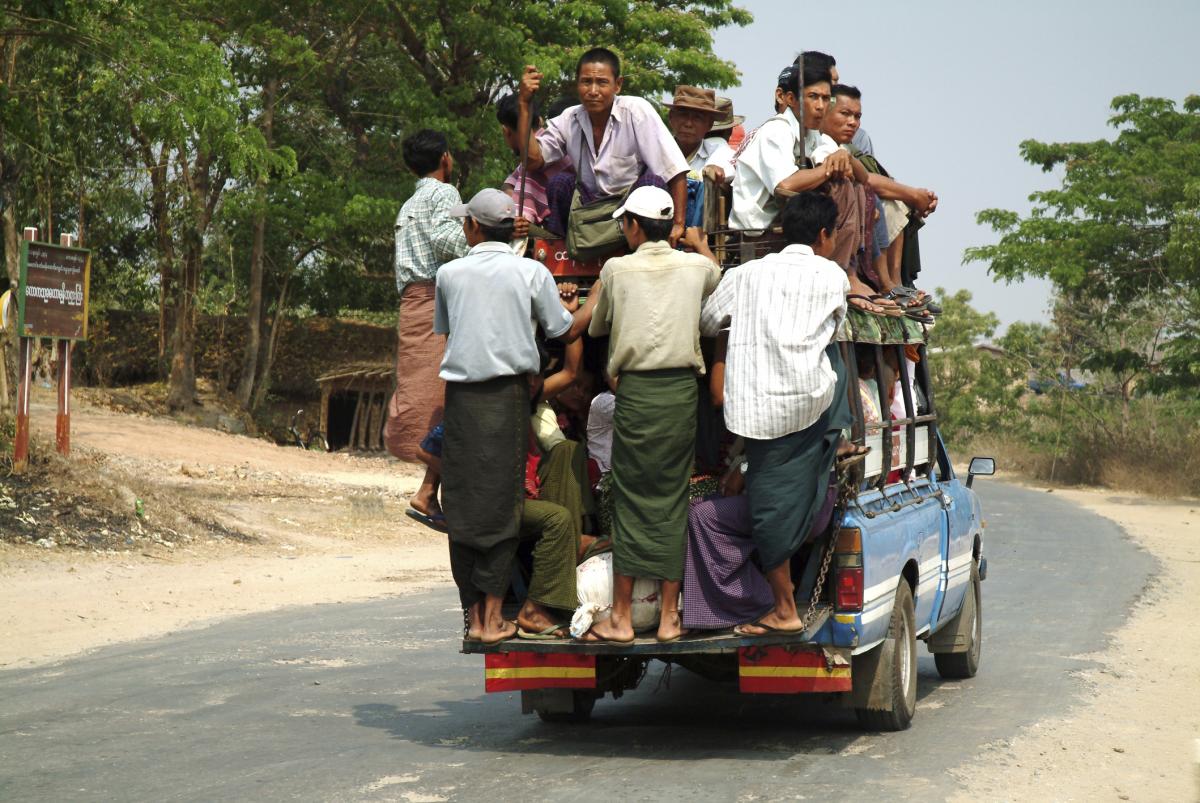 In a recent report submitted to the US state department, Gap outlined the quarterly audits it has done at the two factories it is sourcing from, concluding that one of the factories had already successfully complied with the company’s requests for improvements around under-age hiring, lack of leave for workers, and inappropriate disciplinary practices, and that the second factory was on its way to resolving “key issues”.

As companies prepare to go into the least-developed countries of the world, there’s no denying the effect that the Rana Plaza disaster in Bangladesh has had – not just in highlighting safety issues specifically, but also in sharpening the accountability and transparency requirements brands face. Meeting those requirements, says Jeremy Prepscius, vice-president of BSR Asia-Pacific, a non-profit sustainability network, will require the big brands to pursue a combination of individual action (“proactive leadership”) and a collaborative approach, especially in order to scale up any initiatives that look to be successful in solving specific problems.

To help in dealing with all of the risks in Myanmar, BSR itself underwent a year-long process to hone principles of responsible sourcing, specifically for the garment industry, and produced a report crystallising what’s needed in four principles (see fact box). It is the buyers, the report states, that can do most to press for continuous improvement in responsible sourcing. Many of the improvements will be prompted by audits at individual factories, but for more systemic change, it is collaboration between the government, factories and competitive buyers that is needed.

“The entire purpose of [the report process] was to learn from past experiences,” says Prepscius. He says brands must provide support to the ILO, and a local Better Work programme (the ILO’s partnership with the International Finance Corporation to improve compliance with labour standards) will be needed in addition to the government working on wage setting.

One of the big risks to brands entering less-developed countries is the long-standing problem of corruption, exacerbated by ownership of supplier factories by regimes where corruption legislation is weak or non-existent. Kate Larsen, an ethical sourcing and trade professional who has worked with brands such as Burberry and who is currently working with The Children’s Place, says factories and countries without corruption are rare. According to the Center for International Private Enterprise, in these emerging and frontier markets the challenge is to convince both multinationals and domestic companies of the business case for anti-corruption compliance – a quest that is just at its very beginnings.

Looking out for the worker 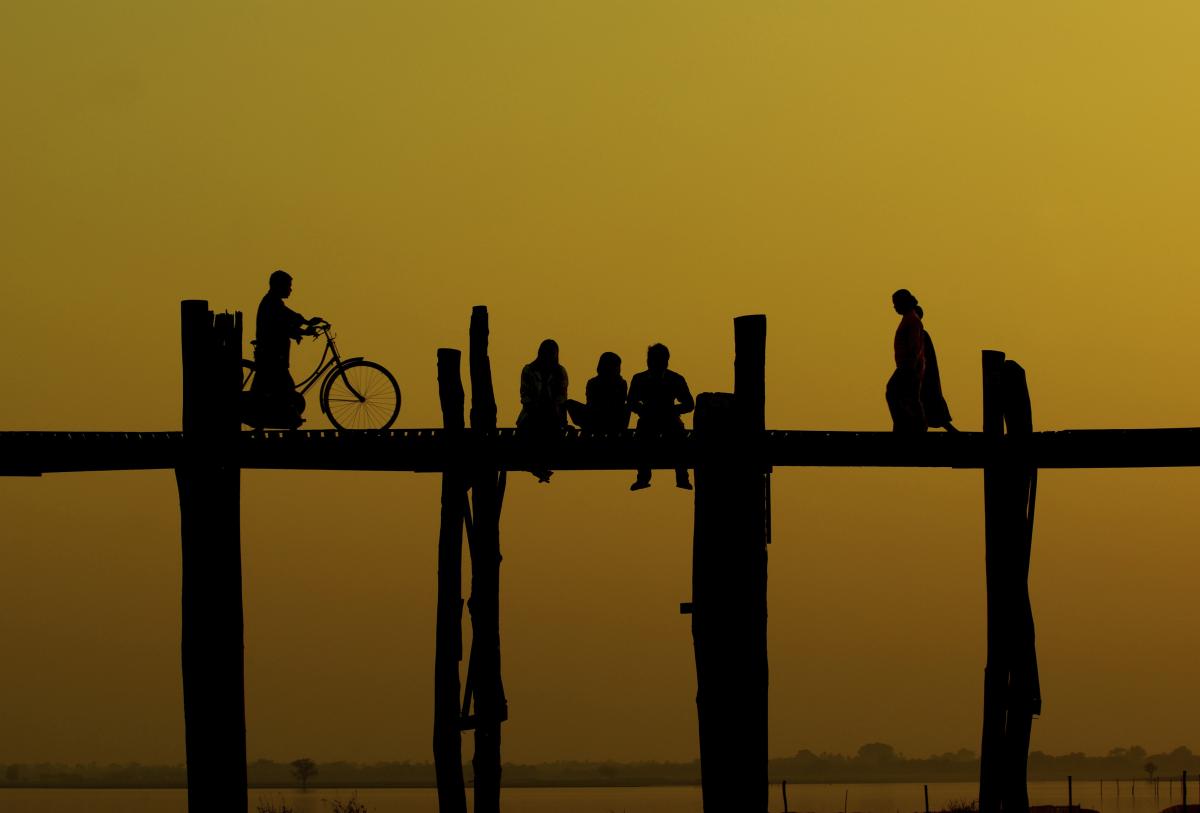 To Rosey Hurst of Impactt, the current main “best practice” weapon of brands to guard against reputation risk is still the audit, but Hurst is hoping that brands are beginning to see that true engagement of the people working in the sourcing factories is the way forward – that a loyal workforce is the best risk reduction tool.

“Audits have been too much used as a comfort blanket,” Hurst said. “We think it’s a better idea for new suppliers to go through BBW or a programme like it, to learn how they can provide better jobs for workers.” Hurst believes that this is the best way for brands to get maximum social benefit and minimise safety and reputational risks, but she realises it is a hard sell. “The number one thing needed is people who give a damn, who will stay in their jobs and will get those done efficiently. But it is difficult to persuade a brand that this investment in time and money is worth it.”

Ultimately, the experimentation that Gap, H&M and others are doing signals that they believe there are gains to outweigh the risks. At the same time, it is beginning to dawn on some analysts that there may not be a next China, and in fact, at some point the “frontier” ends.

“There’s a lot of development in Myanmar and it’s unique because it’s starting from the very bottom,” says BSR’s Jeremy Prepscius. “But the [garment] industry will have to stop seeking low-cost labour at some point. Where and when? It’s a good question. Then it will be re-investment and technology that will have to suffice.”