Mark Hillsdon reports on how the Consumer Goods Forum is trying to replicate the success of the Amazon soy moratorium, halting deforestation by making more productive use of already degraded land

Recognised as the most biodiverse savannah in the world, as well as a vital store of CO2, latest figures suggest that 44% of the Cerrado is now under the plough, with soy accounting for 90% of cultivated crops.

Now similar efforts that slowed clearances in the Amazon are being applied to the Cerrado. In September 2017, 60 civil society organisations issued the Cerrado Manifesto, calling on the private sector to take immediate action to protect the region, which covers just over a fifth of Brazil. Over 60 companies, including Carrefour, Colgate-Palmolive Company, L’Oréal and McDonald’s Corporation, have signed a statement of support for the manifesto.

The manifesto lacks the clout of the soy moratorium, which banned direct conversion of Amazon rainforest to soy from 2006 onward, and stopped deforestation in its tracks. Nevertheless, campaigners say it is a recognition by companies that they have an important role to play in protecting the Cerrado.

The Soy Buyers Coalition (SBC) is looking to build on this momentum. Launched by the Consumer Goods Forum (CGF), a CEO-led organisation that helps foster international collaboration, central to its thinking is that changes in deforestation trends need to be driven by local players, including government, local companies, civil society and producers. 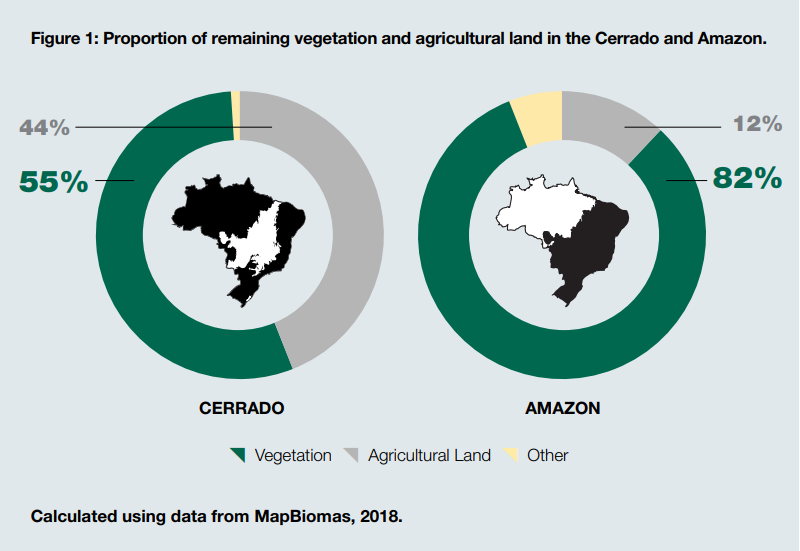 The project will also focus on “at risk areas”, with coalition members encouraged to work with producers where deforestation is rife to help bring about change.

“By the end of the year we expect to have a formal agreement, signed by all members, including NGOs, traders and government,” says Mauricio Voivodic, executive director of WWF-Brazil and SBC member. He also hopes the coalition will bring about an objective set by another key party, the Soy Working Group, the body behind the Soy Moratorium, to: “Eradicate, in the shortest timeframe possible, deforestation in the Cerrado biome, reconciling the production of soy with environmental, economic and social interests.”

Earlier this year CDP, a non-profit organisation that helps companies, cities and states manage their environmental impacts, published “Harnessing the power of global supply chains to halt deforestation driven by soy”, a report that also pushed for more concerted action from the private sector to help suppliers move over to a more sustainable business model.

All companies sourcing soy from South America should adopt a zero-deforestation policy, it urged, and incentivise producers to shift towards deforestation-free production.

Alongside technical support, purchasing companies could also start to work together to identify common suppliers and sourcing regions, even collaborating to build the capacity of these suppliers. This could include favourable terms to expand production on existing degraded pastures. According to the Tropical Forest Alliance 2020 (TFA 2020), a 20% increase in productivity on previously cultivated land would be enough to meet growing demand for soy until 2040.

“The responsible use of already open areas will be crucial to increase production and, at the same time, release land for other forms of use, making unnecessary new areas of deforestation,” says Voivodic. 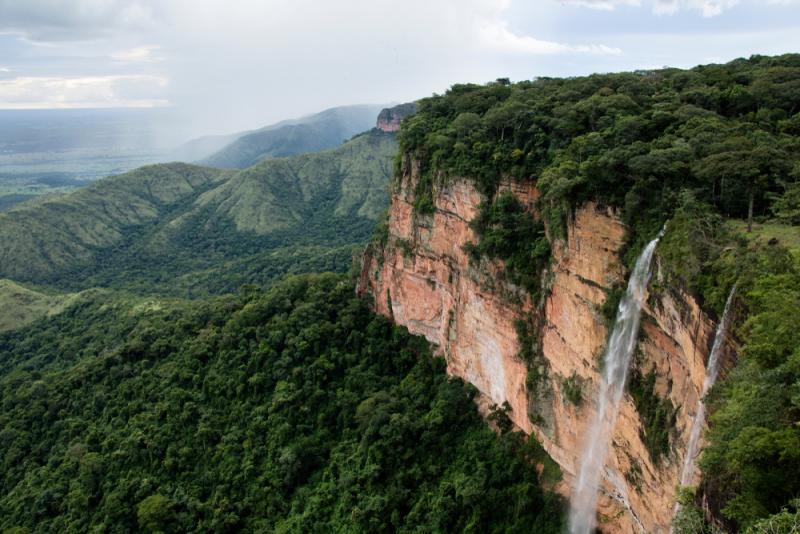 “We must all understand that it´s possible to produce much more food in Brazil, including beef and soy, without … expansion over natural ecosystems.”

Since the early 2000s, global production of soy has doubled. But rather than directly feed the world’s growing population, it has become one of the key ingredients in animal fodder, with South America one of the world’s leading producers.

Norwegian company Denofa sources two-thirds of its soy from Brazil, all of which is certified as sustainable, with the company committed to zero deforestation. A key to this, says CEO Bjørn Rask Thomsen, is that within its supply chain, from the moment the soy is harvested to the moment it is supplied as feed, the company has 100% traceability.

Pledges are all very well, but too many businesses are protecting their brand, not collaborating to fix the problem

Other companies should follow suit, he suggests: “In order to solve some of the problems we have in the world, we need to be more active.” Pledges and criteria are all very well, he continues, but too many businesses “are protecting their brand, not collaborating to fix the problem”.

Another idea gaining traction is the jurisdictional programme, which covers whole territories or even countries, rather than a single supply chain or sector. Fabíola Zerbini, Latin America regional coordinator at TFA 2020, says this means “that you can combine public policy with private investment ... in one common objective”.

It is the approach adopted in Mato Grosso, a region of Brazil that produces 9% of all the world’s soy. The state’s "produce, protect, include" (PCI) concept has set out to conserve 60% of existing forest, while doubling economic output by 2030. “The key here is the balance between production and protection,” explains Ignacio Gavilan, director of sustainability at the CGF. 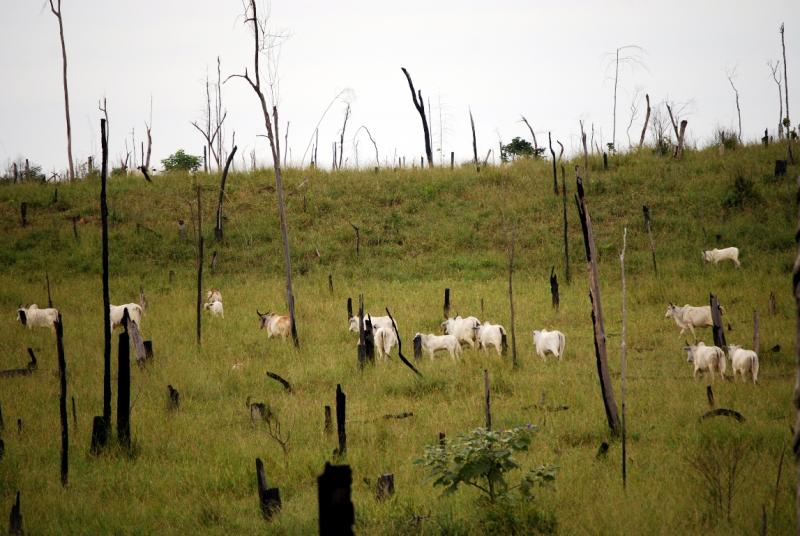 There can be important knock-on effects, too, he continues. If a region or state implements polices that make, for instance, soy production sustainable, then foreign companies will take an interest. They will want to do more business in that region, and that sends out a strong message that “driving positive change can bring more business”.

Thomsen also advocates tax cuts and reducing bureaucracy for those farmers who are working sustainably. “Eventually we need to start moving the cost of taking this kind of responsibility from the good to the bad [by] easing the burden for those farmers and those areas that are doing the right thing, and pushing the burden over to those areas that are not.”

A key problem, says Zerbini, is that many farmers have a legal right to fell trees on their land. “The land with the forest doesn't represent any revenue,” she says, while turning it over to crops can be profitable. So simply expecting farmers to stop clearing land is unrealistic.

In a sector that is struggling to make a profit, any kind of investment can be a major stumbling block.

“I really believe that the compensation issue is something that ... can be the turning point,” she continues, with farmers paid not to cut down more trees and shown that, through grants and ecosystems services, there is a value in forests.

There is new thinking around cattle farming, too. The traditional method of extensive ranching, with cattle simply left to wander over vast tracts of land, not only degrades the land, but is simply not profitable. There is growing support for a new intensive form of farming that wrings out as much yield as possible from land that is already farmed, negating the need to clear more forest.

"The challenge of intensification is that it costs," says Zerbini, with the need for fertilisers, pesticides and new infrastructure to house the cattle. In a sector that is struggling to make a profit, any kind of investment can be a major stumbling block. 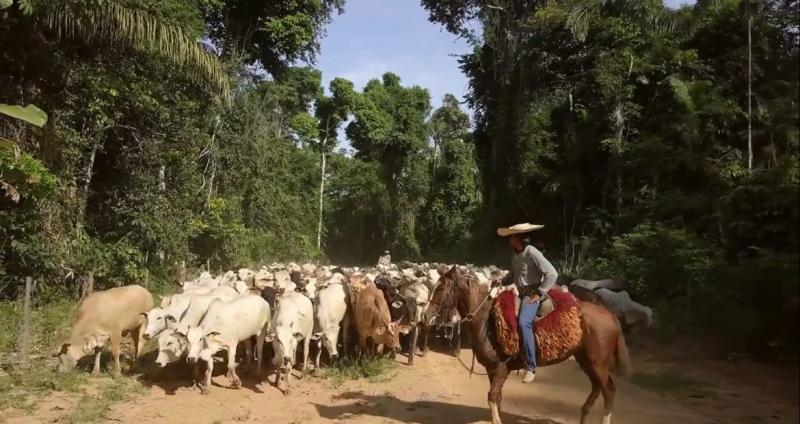 Yet she believes it’s an area that is attracting more experimentation and new funding mechanisms, with private banks, investors and organisations such as sustainable cattle ranchers Pecsa, moving in to share the costs.

Despite the fact that few companies that pledged to achieve zero deforestation in their supply chains by 2020 are likely to achieve the target, Zerbini remains optimistic.

“Everyone knew a long time ago that we will not really achieve the zero deforestation in 2020,” she says. “What we need from now until 2020 is to keep working; we still have time and we have great momentum … We have more companies, more organisations, more governments, more investments than ever … We need to have maturity, to evaluate what has worked, what has not worked, and how to move on.”

This article is part of the in-depth Deforestation briefing. See also:

Fightback against deforestation in Africa focuses on small farmers

Growing concerns: the companies innovating to cool the planet

Why deforestation-free cocoa and palm oil are so elusive