#SDG3: Big pharma's blueprint to bring health access to all

With cancer and diabetes now more prevalent in poor countries than in the West, 23 companies, including Pfizer, Novartis, GlaxoSmithKline and Japan's Takeda, are developing partnerships in some of the hardest-hit regions to extend access to life-saving medicines

Non-communicable diseases  such as cancer, diabetes and hypertension kill around 40 million people a year. They were once thought of as diseases of the rich, but now around three-quarters of these deaths occur in low- and middle-income countries. To address this, governments, NGOs and the pharmaceutical industry are coming together to take on what Dr Githinji Gitahi, CEO of African health NGO AMREF, has called “a disaster in slow motion”.

The growth in NCDs in developing countries has been caused by a toxic mix of modernisation, urbanisation and lifestyle changes. It’s a scenario that has already played out in developed countries, where smoking, alcohol, processed food and a sedentary lifestyle have all taken their toll on people’s health.

However, while citizens in countries like the US, Britain and Japan have access to a robust healthcare system that can diagnose and treat their conditions, patients in the developing world have no such fall back. Instead, the growing pressure of NCDs is pushing already over-stretched healthcare systems to breaking point and a recent conference in Geneva – The Blueprint for Success - staged by the Japanese pharmaceutical company Takeda, sought to explore some of the possible solutions. 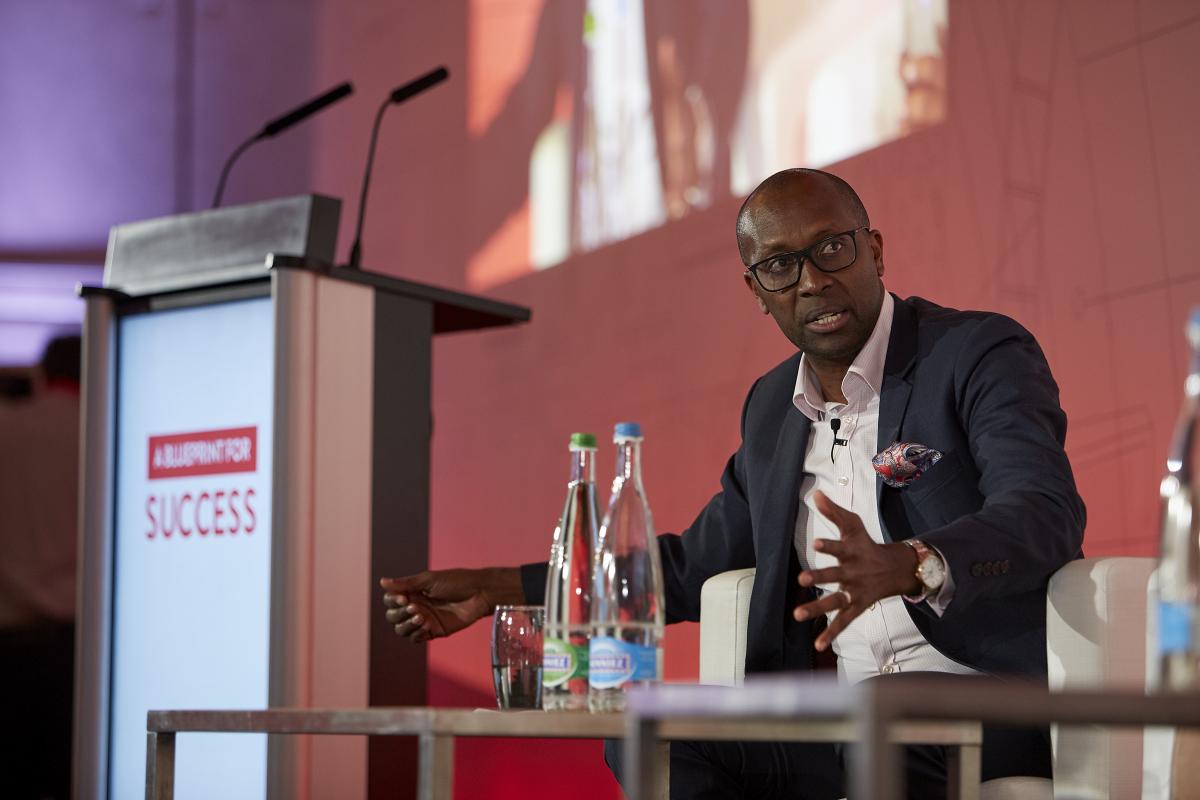 One of the UN’s Sustainable Development Goals is to cut deaths from NCDs by a third by 2030. It’s a challenge that’s been taken up by Access Accelerated, a partnership that includes 23 pharmaceutical companies, alongside the World Bank and the Union for International Cancer Control.

According to Brendan Shaw, assistant director of the International Federation of Pharmaceutical Manufacturers & Association (IFPMA), which helps to organise the partnership, the group has set out to develop new collaborations in some of the regions hit hardest by NCDs. Alongside work around prevention, diagnosis, and treatment, it is also looking to expand health care access and share solutions with governments and health care leaders. It recognises that the cost of funding long-term treatment for a chronic disease can be prohibitive when budgets are tight. “It [Access Accelerated] shows industry is responding, working together [and] going in the right direction,” says Shaw. “It’s designed to take the industry’s NCD care to the next level.”

The initiatives championed by Access Accelerated are, on the whole, developed by member-companies themselves, and this year 19 new programmes will be launched under the partnership’s umbrella. These include Healthy Communities, a joint-venture between Pfizer and the nonprofit organization Population Services International (PSI). The $1m collaboration is set to expand access to hypertension medicines and treatment services in Myanmar and Vietnam, with an initial goal to screen more than 500,000 people and train up to 400 healthcare workers to provide hypertension management services.

Other initiatives include the Novartis Access programme, which is based around a portfolio of 15 critical chronic disease medicines to treat type-2 diabetes, cardiovascular diseases, respiratory illnesses, and breast cancer. These are offered as a package to governments, NGOs and other public-sector healthcare providers for just $1 per treatment per month. 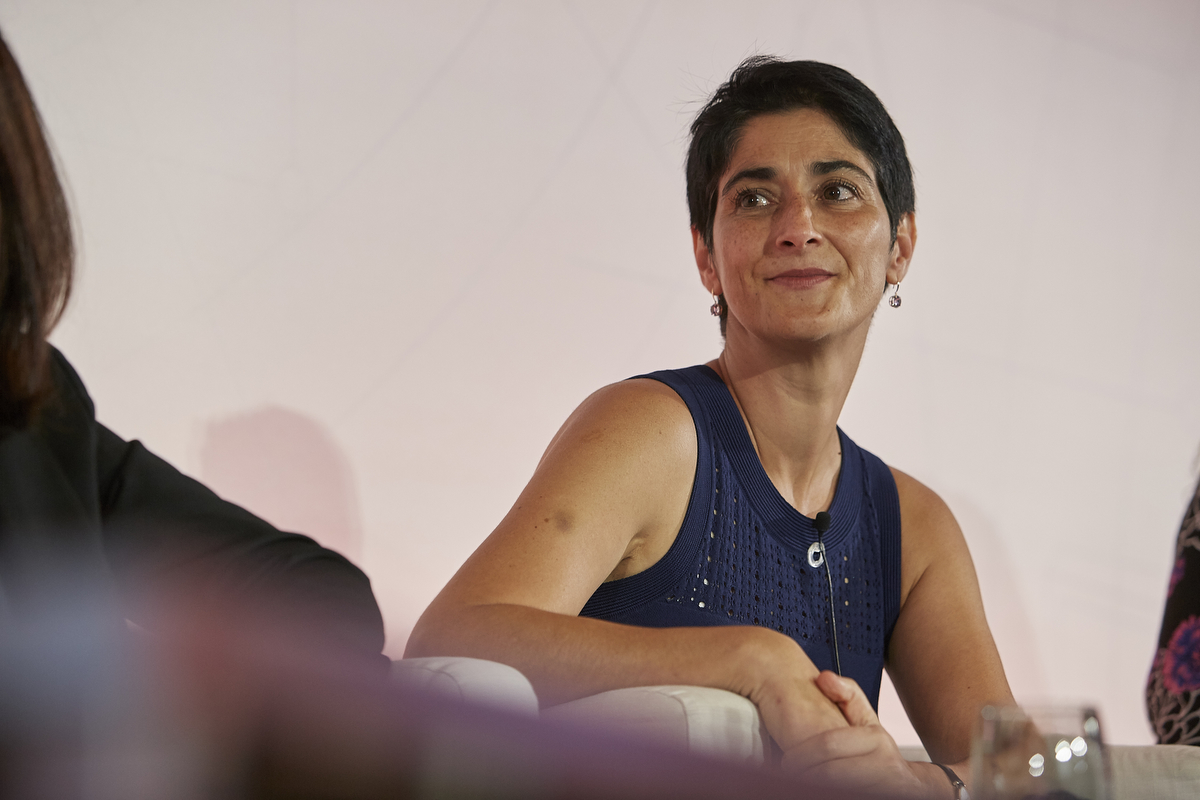 The cornerstone of Takeda’s Access to Medicines strategy are patient assistance programmes (PAPs), which guarantee eligible patients the treatment they need, even if they can’t afford to pay for it in full.

The service, which is means-tested, is available in 13 countries including Malaysia, Singapore and Ukraine.“The idea is that because the patients that can pay will pay, it’s sustainable,” says Isabel Torres, Takeda’s global head of access to medicines. “We will guarantee that the patient will have the full course of treatment. They will pay what they can, and we will meet the rest of the costs.”

The drugs Takeda are introducing, such as cancer treatment Adcetris, are new and innovative, she adds, and not simply medicines that are out of patent. In the future, Takeda wants to include other specialty medicines in the scheme, as well as vaccines.

But increasing access to affordable medicines is just one way in which pharma can help countries overcome the burden of NCDs. Rebecca Stevens, head of access partnerships at Novartis Social Business, believes that the industry also has an important role to play in filling the gaps in a country’s healthcare system, and making sure that the medicines they provide actually reach the patients that need them.

To help achieve this, and even fast-track the response to NCDs, Torres believes that there are a lot of lessons that can be learnt from the way in which communicable diseases (CDs) such as HIV and malaria have been successfully tackled in developing countries.

Central to this success is the community health worker. Often a well-known and respected member of a town or village, they are now seen as crucial in raising awareness of NCDs at a local level, driving behaviour-change and providing a crucial link between patients and the healthcare system.

Increasingly pharmaceutical companies are becoming involved in training these workers. Takeda has teamed up with AMREF on its mobile health platform LEAP, which uses the deep penetration of mobile phones in Kenya to provide content and tutorials that give the health workers a better understanding of hypertension and what causes diseases like diabetes.

GlaxoSmithKline (GSK) is also working with AMREF to train workers on managing NCDs, including vital teaching around screening. In this instance, the focus is on diabetes because around 60% of all cases are missed, with patients ultimately seeking treatment when it is too late and the complications are irreversible.

Training health workers to scale up screening at a community level could be transformational, believes Marijke Wijnroks, chief of staff and interim executive director of the Global Fund. The fund was created in 2002 to tackle HIV and malaria and it’s estimated that by helping to create a new model that made healthcare affordable and accessible, it has helped to save 22 million lives. The fund is now working to develop one-stop shops, with more efficient, integrated screening for both CD and NCDs carried out at the same time.

“If every woman was screened for cervical cancer just once in a lifetime the effect would be dramatic,” says Wijnroks, who also believes prevention, and encouraging people to make changes to their lifestyles, are important. “We can’t just fund our way out of this epidemic,” she adds.

The global success in tackling CDs means that many people in developing countries are now living longer, which, paradoxically, is another factor in the rise of NCDs. “If you live longer, then the chances of getting cancer are bigger; that’s life, you cannot fight that,” says Torres.

“At the moment many people, especially with cancer, are being diagnosed too late … But you can start to get the patients into the system sooner, with prevention and early diagnosis and you can treat them at stage 1 and they will survive; they don’t have to die.”

A few myths need to be busted too, says Torres, who recalls her shock at discovering in Ethiopia the belief that cancer is contagious. “So often, when a woman is diagnosed with breast cancer, in many places they are separated from the kids. There’s a lot to do in terms of patient awareness,” she says.

Partnerships remain a key part of the work that pharmaceutical companies are undertaking to help beat NCDs in developing countries.

“There are all kinds of partnerships forming around access to NCD care which we are welcoming,” says Dr Joseph Kibachio, head of NCDs at the Kenyan Ministry of Health. “Pharma has not had the best of names traditionally, but slowly we are trying to see how we can work together for a win-win.”

Takeda has created the Cancer Alliance in Kenya in partnership with hospitals, patient associations and other healthcare professionals. The alliance links together African oncologists and is helping to fill in the gaps around specialist knowledge and best practice.  The company is also working with the University of Nairobi to offer fellowships and help train oncologists from all over the continent.

Elsewhere, Roche has invited technicians and pathologists from across Africa to their Johannesburg health campus to learn more about how to test tumours. There is a strong focus on the need to follow a stringent set of procedures to ensure a correct diagnosis is made and that the patient gets the correct treatment. It is this kind of work that shows that pharma has a much wider role to play than simply ensuring access to affordable drugs.

But there’s one other factor needed to beat NCDs, says Stevens of Novartis, and that’s political will. “If the president wants to make sure there is universal health coverage, there will be,” she says. “As companies, there is only so much we can do if there’s not the leadership or the commitment from the top to really make a difference.”

Policy Watch:  An unfair COP that will likely fail to ...
20 years of helping companies on their sustainability j...
Celebrating 20 years of Ethical Corporation
Nine business trends that will power us to a more susta...
comments powered by Disqus