In the first of a two-part investigation into how brands are performing on their 2020 commitments to ending deforestation in their supply chains, this month we look at palm oil and timber products

Last year’s report on progress towards the New York Declaration on Forest’s goal of ending deforestation by 2030 made for grim reading. Instead of progress, the global rate of gross tree cover loss has increased by 43% since the declaration by governments, NGOs and 60 major companies was signed in 2014, with an area of tree cover the size of the UK lost every year.

CO2 emissions as a result of the loss amounted to 4.7 gigatons, more than all of the European Union’s 2017 greenhouse gases emissions, with half coming from biodiversity-rich tropical primary forests. And as we went to press there was alarming research from Brazil that 20% of the Amazon basin is so degraded by forest depletion and fire that it is releasing more CO2 into the atmosphere than it absorbs.

In fact, the only country where forest loss slowed was in Indonesia, which saw a 30% decrease in 2017 and 2018 as a result of a government moratorium on the awarding of new concessions, along with wetter weather conditions reducing the incidence of fires. However, with Indonesia currently experiencing its worst fires since 2015, “it is clear that these conservation efforts need to be intensified and that additional measures are needed to combat deforestation in Indonesia,” the report warned.

Consumer goods companies must be at the heart of remedial action, since more than half of deforestation is caused by the conversion of land for commodities such as soy, beef, palm oil and the timber and pulp and paper industries. The report found that while many companies have made commitments to eliminate deforestation embedded in their supply chains in the past 10 years, “implementation is slow and action remains limited in geographical scope and not fully integrated throughout supply chains and across sectors.”

Not only has the number of companies making commitments stalled, among those with existing commitments, only 8% cover all their supply chains and operations.

And that is among brands that are actually trying to take responsibility for their impacts. This week the Forest 500 report by Global Canopy drew attention to the fact that nearly half of companies trading forest-risk commondities have made no public commitment to end deforestation.

In the February and March issues of Ethical Corporation we take a long look at the progress leading companies are making to reduce their deforestation risk, focusing this month on palm oil and the pulp and paper industries, and in March on soy and beef, as well as the rising business agenda of protecting biodiversity, one of the biggest consequences of our rapidly disappearing forests. 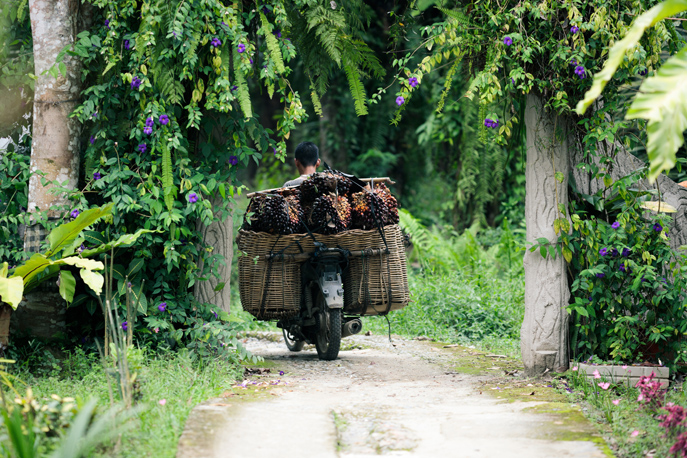 (Credit: Ricky of the World/Shutterstock)

In this issue we start with palm oil, that controversial commodity that is in half of all the items on supermarket shelves, and has been the biggest focus for brands’ zero-deforestation efforts.

In the face of a widespread boycott triggered by Iceland supermarket in the UK a year ago, big brands and the palm oil industry have doubled up efforts to convince consumers that palm oil, a highly efficient oil that uses 10 times less land than alternatives, can be grown without destroying the habitats of critically endangered species such as orangutan.

The last year has seen a burst of new initiatives, including beefed up certification by the Roundtable on Sustainable Palm Oil, and a muscular new approach by the Consumer Goods Forum to ending deforestation in all commodities. We spoke to brands, NGOs and palm oil producers to find out what, if anything, has changed.

We then look at efforts to tackle the increasing encroachment on rainforests from smallholder farmers, who account for 40% of the total area cultivated by palm oil, though they supply less than 1% of RSPO-certified palm. Mark Hillsdon and I report on how Unilever is leading efforts by brands to invest in projects to make entire districts deforestation-free in partnership with NGOs like IDH.

Another area of stepped up activity is in surveillance and monitoring, in the wake of a move by leading palm oil traders to publish lists of all the mills that supply them. We report on how brands including Mars, Nestle and Unilever have invested in near-real time monitoring of deforestation around the mills that supply them, and collaboration around new tools to increase transparency.

Meanwhile, Tom Johnson, editor of The Gecko Project, an investigative journalism organisation, warns that truly sustainable palm oil in Indonesia may be out of reach without confronting corruption, undue influence and abuse of power. 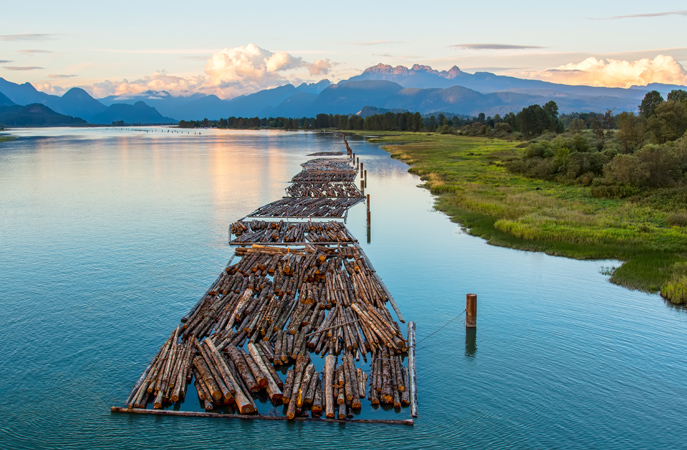 In our second briefing, on deforestation from the pulp and paper industry, the focus turns to the northern forests of North America and Europe.

Angeli Mehta reports on how clear-cut logging and unsustainable forestry management practices are increasing forestry risk from the use of virgin pulp, with brands being accused of flushing forests down the toilet. She speaks to Procter & Gamble and Kimberly-Clark, which were targeted by the National Resource Defense Council in a new toilet paper scorecard, about what they are doing to increase recycled content and use alternative fibres.

And she reports on the growing debate over the carbon-neutrality of forest biomass, with conservationists warning the European Union that it risks endangering the world’s forests through its aggressive increase in renewables targets if it continues to allow the burning of wood biomass as a substitute for fossil fuels. 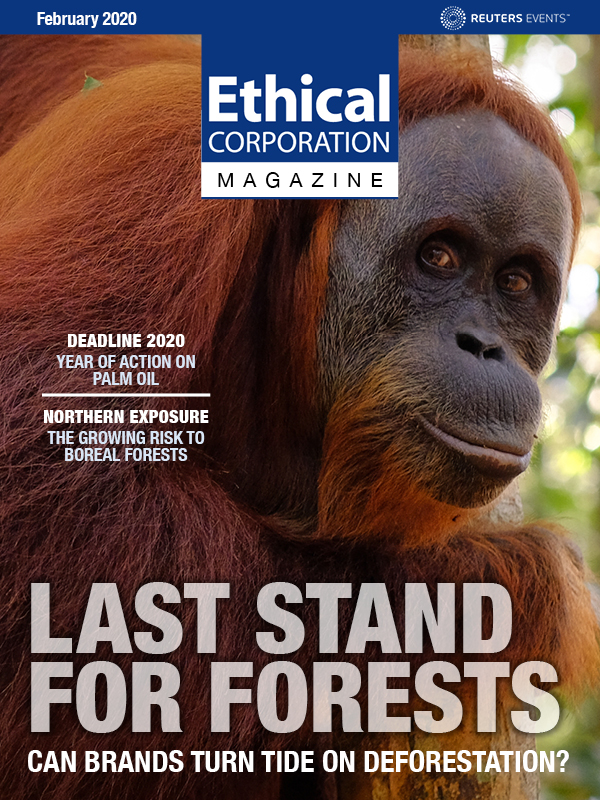