In the first part of his Cheat Sheet analysis of sustainability news, Oliver Balch looks at data from Planet Tracker showing agriculture funds failing to address deforestation risk, a new guide for ESG investors from Ceres, Syngenta’s Green Growth Plan, and how a fashion industry effort to source sustainable viscose has won backing from Amazon

With the world’s focus on limiting the spread of Covid-19, loggers appear to be going about their business with fresh abandon. Satellite data from Brazil's National Institute for Space Research (INPE) suggests 830km2 of the Brazilian Amazon disappeared in May alone, a 12% increase on the same month last year and the worst figures for May since INPE started keeping count in 2015. In total, year-on-year deforestation in the Amazon is estimated to have increased by as much as a half (50%) in the first three months of the year, prompting environmentalists to fear that 2020 could end up seeing the highest deforestation rates on record.

Nor is South America alone in seeing an increase. The harvesting of EU forests, which account for around two-fifths (38%) of the continent’s entire land surface area, increased by 49% in the three-year period from 2016 to 2018, compared with 2011-2015, new research published in the journal Nature reveals.

The impacts for climate change are profound. Forests help offset anthropogenic greenhouse gas emissions (about 10% of total emissions in the case of the European Union). These gains are not only lost when deforestation occurs, but additional emissions are created when forested land is turned to other uses. For example, an estimated 5% (2.6 gigatons of CO2 emissions annually) of total global emissions come from commodity-driven deforestation in the tropics, according to the IPCC Special Report on Climate Change and Land.

In an attempt to stem the flow of finance to activities that lead to deforestation, the business-backed US sustainability organisation Ceres has released a new guide for investors. The 35-page document provides advice to investors on how to influence the companies in their portfolios to address deforestation. The report makes the point that protecting and restoring forests could provide 16-30% of the climate change mitigation needed to limit global warming to 1.5-2C – equivalent to nearly three-quarters of the mitigation potential of all renewable energy technologies combined. 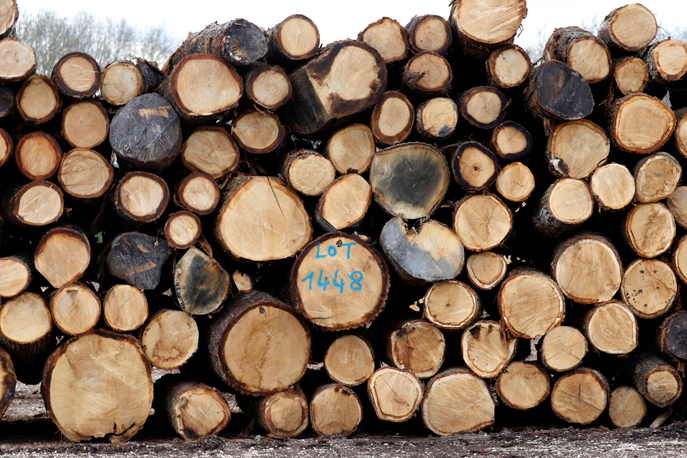 Felled oak trees in Burgundy, France – harvesting in the EU increased 49% from 2016 to 2018. (Credit: Charles PlatiauReuters)

Ceres is not pushing on a completely closed door, it should be said. Last year, following widespread fires in the Amazon, a group of more than 250 investors representing $17.7tn in assets publicly called on companies to uphold their pledges to end commodity-driven deforestation. Late last month, in a reiteration of this plea, investment funds managing almost $4tn in assets called on the Brazilian government to halt the upsurge in Amazonian deforestation, 95% of which is judged to be illegal. The group, which was led by Norwegian investment and pension fund Storebrand, said that rapid deforestation threatens to have a financial impact on their clients and investee firms due to the “reputational, operational and regulatory risks” it presents.

It is a viewpoint shared by Planet Tracker. The financial thinktank recently analysed the extent to which 37 of the world’s largest agriculture-based investment funds took into account risks associated with deforestation and other negative impacts on natural capital. Only three (8%) from this group of leading funds, which have a total aggregated market value of $21bn, reference one or more such risks. As for those that publicly commit to industry guidelines for sustainable investing in the agriculture sector, the number falls to just one, DWS Invest Global Agribusiness. The conclusions echo those of a 2019 report published by campaign group Forest 500, which predicted that none of the large companies with significant exposure to forest-related risks would achieve zero deforestation by 2020 (despite commitments of 164 such companies to do so).

Not all key private-sector players are turning a blind eye, however. The Swiss agrochemical and seed company Syngenta recently reaffirmed its plans to invest $2bn over the next five years to help agriculture become more sustainable and climate-resilient. The announcement was provoked by the launch of the company’s updated Good Growth Plan, which promises to address the unsustainable nature of current commodity-driven deforestation trends. Syngenta, which posted sales revenues of €13.5bn in 2018/2019, used the strategy’s unveiling to publish a global survey by pollster IpsosMORI revealing that more than seven in 10 (72%) of farmers worldwide believe climate change will impinge on their near-term ability to grow food. 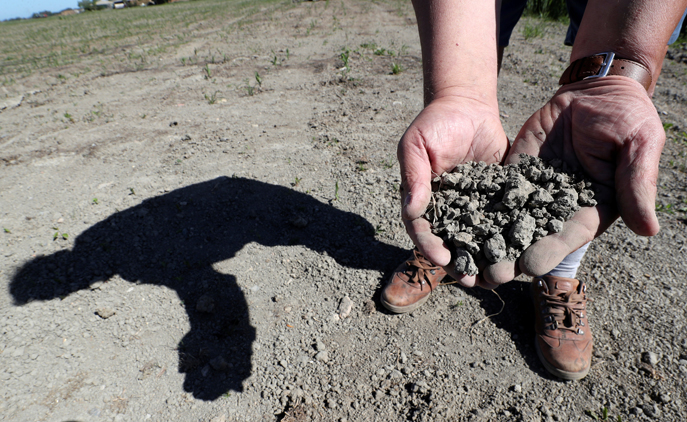 Consumer-oriented certification initiatives also present a ray of hope for the world’s forests. The influential Rainforest Alliance marque, for instance, has extended its blanket ban on deforestation to include any negative impacts on wetlands and peatlands. The move forms part of a new Sustainable Agricultural Standard, which, among other features, also includes the promotion by certified companies of “climate-smart” agriculture. Likewise, the UK-based Fairtrade Foundation, which has helped fund reforestation programmes over the years through its provision of a price premium to farmer cooperatives, generated £36.85m in extra revenue for certified food producers last year. According to the organisation’s recently published annual review, 2019 registered a spike in sales of 23% and 12% for Fairtrade cocoa and flowers, respectively.

The fashion industry also has forest protection in its sights. A group of 45 clothing brands, including the likes of Ted Baker and Ralph Lauren, have committed to support the efforts of US-based campaign group Canopy to find sustainable solutions for the production of wood-based viscose fibres. The eponymous US e-retailer Amazon has also put its name to the initiative, promising to ban all viscose produced from ancient or endangered forests by 2022 in its 60 private-label clothing brands.

Amazon, which last month announced it will invest $2bn in low-carbon innovation, will also be supporting the scale up of next-generation solutions like the use of recycled clothing to make new viscose fabrics. At present, the production of cellulosic fabric results in the logging of 150m trees per year.