Unilever is leading efforts to invest in projects to make entire districts deforestation-free in partnership with NGOs like IDH, while Rainforest Alliance is starting to apply its seal to products with palm oil, write Terry Slavin and Mark Hillsdon

There is a growing recognition that palm oil will never be free of deforestation without tackling the increasing encroachment on rainforests from smallholder farmers, who account for 40% of the total area cultivated by palm oil, though they supply less than 1% of RSPO-certified palm. In Indonesia, the threat is particularly urgent as the area cultivated with oil palm by smallholders is expected to grow to over 60% by 2030.

NGOs have called attention to brands’ connection to industrial plantations in the Rawa Singkil Wildlife Reserve in southern Aceh, home of the world’s densest population of orangutans, but satellite tracking by Earthworm Foundation’s Starling programme found that most of the recent deforestation was caused by small-scale encroachment rather than industrial palm plantations.

And according to Global Forest Watch, more than 75% of fire alerts in the most recent growing season in Indonesia were outside palm oil concessions.

“This is not multinational companies or traders that are cutting the trees,” one executive at a major brand said. “These are smallholder farmers who are facing revenue problems and quality of life and decrease of their yields” because of poor agricultural practices that deplete soil, and force them to make further incursions into forests."

Paula den Hartog who leads on palm oil for Rainforest Alliance says: “It's abundantly clear that we cannot move the sector further without making smallholders an active part of the sustainability journey.”

One of the big challenges is that independent farmers are vulnerable to exploitation. They don’t have the support of a mill and can get extremely low prices for their produce, which has to be delivered within two days of harvesting or risk spoilage, she said. In Indonesia, there is also uncertainty of land tenure, so smallholders are reluctant to invest in land that could be taken from them. 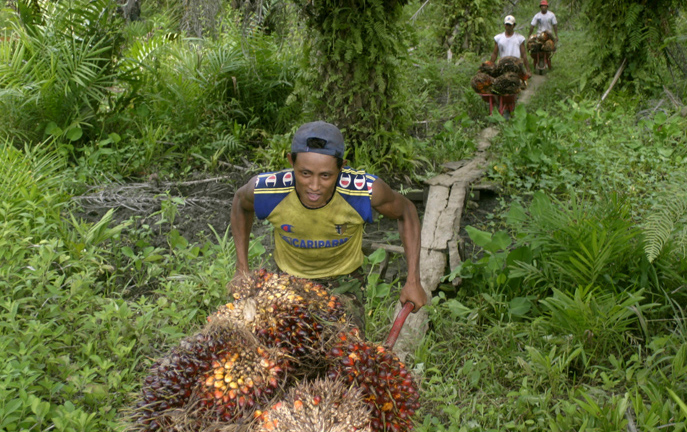 The area cultivated with oil palm by smallholders in Indonesia is set to grow to over 60% by 2030. (Credit: Oka Barta/Reuters)

Rainforest Alliance has seen success over the past 15 years working with smallholder farmers to conserve forests in the Maya Biosphere Reserve in Guatemala, where the introduction of community based forestry and the sale of non-timber forest products has resulted in lower deforestation rates and incidences of fire than in areas of the reserve where forests are supposedly completely protected, such as Laguna del Tigre national park.

Den Hartog said Rainforest Alliance is looking to leverage lessons from that programme, which includes tools to increase communities’ economic resilience and access to training and loans, to palm oil smallholder farmers in Indonesia, testing it in areas where the organisation already has a presence.

Rainforest Alliance is working on capacity building with farmers in West Kalimantan, which contains important tracts of forest, including vital orangutan corridors, and is working with the Sustainable Districts platform (Lingkar Temu Kabupaten Lestari), an initiative by district governments in Indonesia to develop participatory plans for sustainable forest and farmland management.

“Some of the challenges could be helped through giving smallholders market linkages with major brands," though she said it was a work in progress and would not name any of the brands involved.

Rainforest Alliance already certifies 500,000 metric tons of palm oil from farmers in Papua New Guinea and Latin America under its Sustainable Agriculture Standard, and demand is increasing, with brands wanting to use RA's frog seal on their products to help communicate the value of sustainably produced palm to consumers, Den Hartog said.

“RSPO has a very good requirement at the company level to move their entire operations to sustainability, not just a certified unit on the ground," Den Hartog said. "They really push in the right direction.” 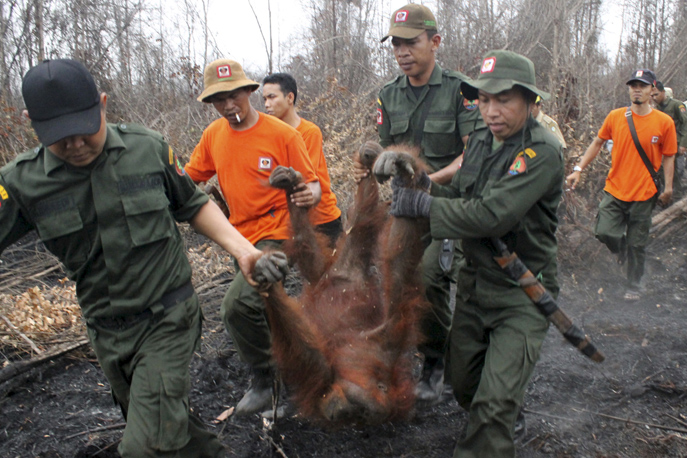 Brands including Barry Callebaut, Nestlé, Mondelēz, Mars, Danone, PepsiCo and Unilever have stepped up efforts to engage smallholders in sustainable practices the last couple of years, both at project level and in private-public partnerships like the Coalition for Sustainable Livelihoods, an initiative led by Conservation International to help smallholder farmers sustainably produce palm oil, cocoa and rubber in North Sumatra and Aceh’s Leuser ecosystem, one of the most biodiverse locations on Earth, home to orangutans, elephants, tigers, rhinos and sun bears. Leuser is also a significant carbon sink, with large areas of peatland and 3m ha of forest cover.

One of the main drivers is Dutch NGO The Sustainable Trade Initiative (IDH), which has managed to get major palm oil buyers, manufacturers and traders in Aceh, including Wilmar, Golden Agri-Resources (GAR), and Musim Mas, to sign up to production, protection, inclusion (PPI) contracts to help boost economic development of independent smallholder farmers while preserving landscapes.

It’s like how we started in Brazil, where the first mover was on beef, now we have cocoa and timber too

Last December, a PPI compact was launched in Aceh Tamiang district, which over the next three years aims to increase sustainable palm oil production by a third, while protecting forests. The compact, which also covers the issues of labour, land tenure and livelihoods, is being financially supported by Unilever, PepsiCo and Musim Mas, who between them are investing around £560,000.

In October last year, another compact was signed in Indonesia’s West Kalimantan province, which aims to protect one million hectares of forest and restore a further 20,000 ha of forest and peatland. The compact has already brought in over €1m of investment from businesses such as palm oil producers Bumitama Gunajaya Agro.

Daan Wensing, sustainable landscapes director at IDH, says Aceh will be the first to pilot IDH’s verified sourcing area (VSA) programme. Rather than verifying each producer, mill and commodity individually, a VSA allows the sustainability of an entire jurisdiction to be authenticated, beginning with a municipality or district and moving on to cover a whole province or state.

This is in alignment with RSPO’s drive to certify entire jurisdictions, which would bring thousands of smallholder farmers into alignment with its standard, and ensure that the premium companies pay for certified palm that goes directly to the area and the farmers where the palm oil was produced.

And because the compacts cover all commodities in a region, which in Indonesia means cocoa, timber and rubber, it would enable districts to apply for carbon market funding for protecting forests under the emerging jurisdictional REDD+ standard. (See How Shell's offsetting move could help unlock flood of funding for forests)

“It’s a bit like how we started in Brazil, where we had a compact and the first mover in was Carrefour on beef, but now we have cocoa and timber companies in too; over time we are able to bring in more investors,” Wensing said.

In Malaysia, where the state of Sabah is seeking to get RSPO certification and jurisdictional REDD+, IDH helped to broker a unique agreement between the Malaysian government and the Netherlands to cooperate around sustainable palm and to improve natural resource management and restoration, working with Unilever and the NGO Solidaridad.

And Unilever and Nestlé are also investing in another IDH programme in Nigeria to boost national production of sustainable palm oil. Both companies have substantial processing plants in the west African country, but have to import palm oil because of lack of local supply. The challenge is that smallholders produce more than 80% of the country’s palm on unmanaged “wild groves” where yields are minimal.

Along with investment in productivity of farmers, Wensing stressed the importance of comprehensive mapping and monitoring systems, including regular forest patrols. “[You need] a command and control system in place with government because incentives aren't enough, you need carrots and sticks.” 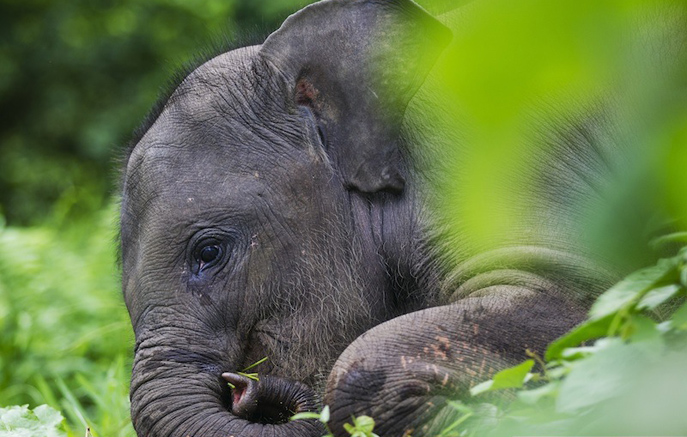 But some NGOs are concerned that brands are pouring money into a handful of boutique jurisdictional projects, which they can boast about on their websites, at the cost of doing work behind the scenes cleaning up their entire supply chains.

Gemma Tillack, forest policy director at Rainforest Action Network, points out that while Unilever was an early leader on pushing the Consumer Goods Forum to adopt No Deforestation, No Peat, No Exploitation (NDPE) policies, and continues to show leadership in publishing mill lists and investing in surveillance and monitoring, it only came 22nd among manufacturers in the recent WWF palm oil suppliers scorecard because of its decision to move from sourcing segregated palm oil to cheaper mass balance. (See Big brands double down in efforts to source deforestation-free palm)

“It shouldn’t be doing one or the other. Brands need to be doing both” by buying segregated palm oil and investing in jurisdictional sourcing, she said.

The palm oil debate is a bit of a shouting match ... and that's not helpful, we need to work on partnerships

She also questioned how many genuine smallholder farmers are being helped in Indonesia, where a lot of the expansion is by land speculators pretending to be smallholder farmers, with the same families that own the major palm oil conglomerates the true beneficiaries, something that was exposed by the investigative Gecko Project. (See To curb deforestation in the long term, break the link between politics and palm) 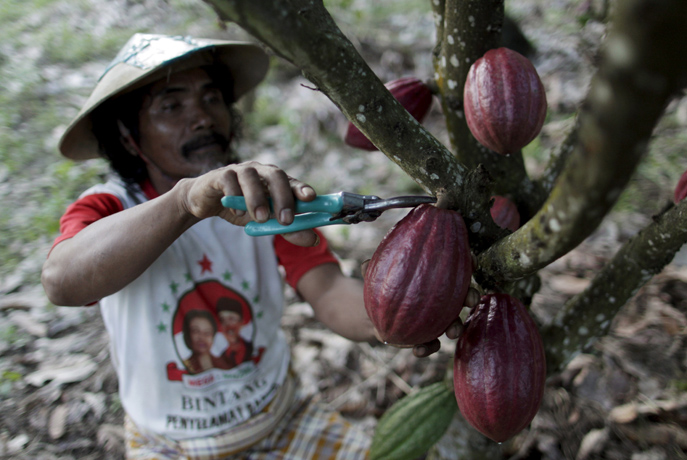 But Wensing believes jurisdictional solutions can attract the investment that will be needed to be rolled out at scale if stakeholders can demonstrate success in a handful of critically important landscapes like the Leuser.

“If you look at the palm oil debate it is a bit of a shouting match ... and that's not helpful, we really need to work on partnerships, understand the issues and invest in them,” he says.

“If we focus a bit more, we team up more, then we can really put a model forward that others can scale and start running with this; that to me is what 2020 should be all about.”

Eyes in the skies: The push to beef up surveillance of palm oil plantations

Will 2023 be a watershed moment for corporates on addre...
The five-year search for the right recipe to save fores...
Brands failed to meet promises to protect forests. We c...
Policy Watch: Norway deal with Indonesia a bright spot ...
comments powered by Disqus