Academics working on corporate social responsibility represent the broadest of churches. Macro-economists line up beside environmental scientists; business administrators beside social geographers. But they can be broadly categorised into one of two camps. There are those who start from within business orthodoxies and look out towards society, and those whose start from outside and look in.

The former group resonates with the day-to-day language and practical concerns of CSR practitioners. “How can responsible business drive profits?”, “How can volunteering increase employee morale?” and so forth. “Constructivists”, you might call them. The second camp is disinterested in such functional matters. Indeed, by casting corporations as the “other”, its protagonists ask questions such as: “How do companies do what they do?”, “What is the real (read: hidden) purpose of CSR?”, and “What do alternatives look like?”

The anthropology of corporate social responsibility brigade is firmly in the second camp. The defining characteristic of anthropologists – and how they differ from social geographers, sociologists and other social scientists engaged on this topic – is their research methodology. Armed with their ethnographic toolkit, anthropologists avoid the lab or library in favour of what Arizona University’s Elizabeth Wood describes as “personal interaction with research subjects in their own setting”. The late US anthropologist Clifford Geertz succinctly termed it “in-depth hanging out”.

From their early fascination with the “exotic”, contemporary western anthropology has swung closer to home in the post-colonial period. Over the past decade, there has been a growth in interest concerning the social role of companies. “Corporate ethnography” is the term coined for the resultant field-based research studies. Seminal examples include Suzana Sawyer’s work on Chevron in Ecuador, Robert Foster on Coca-Cola and consumerism, Dinah Rajak on AngloAmerican in South Africa, Marina Welker on Newmont in Indonesia, to name just a few.

The extractive industry understandably captures anthropologists’ attention given its physical impact on (usually economically marginalised) communities, although ethnographers have begun to extend their lens to fields such as the tobacco sector (Peter Benson) pharmaceuticals (Stefan Ecks) and consumers goods (Jamie Cross and Alice Street), among others. Admittedly, most fall into the bucket of so-called harm industries. Another emerging subject of study is ethical trade, a classic Marxian theme that invites discussions about the relationship between production and consumption, as well as wider questions concerning the “moral economy”.

The focus of the CSR of anthropology has, like the CSR literature itself, tended to adopt one of two major foci: the apparatus and architecture of CSR, on the one hand; and the localised effects of CSR on the other. The first of these concentrates on the use of CSR policies (such as compliance mechanisms) and discourses (concepts such as partnership and sustainable development). The effects of CSR, meanwhile, put anthropologists on securer ground, often leading to critiques of private sector-led “development” or strategies of community resistance to what is perceived as prevailing corporate power.

Power is, arguably, the guiding motif of CSR anthropologists: how it is amassed and protected, how it is exercised and how it is potentially constrained. Want to excite an anthropologist of CSR? Just ask how the “legal fiction” of the corporation is legally enacted. (Honestly, try it if you ever get the chance.) 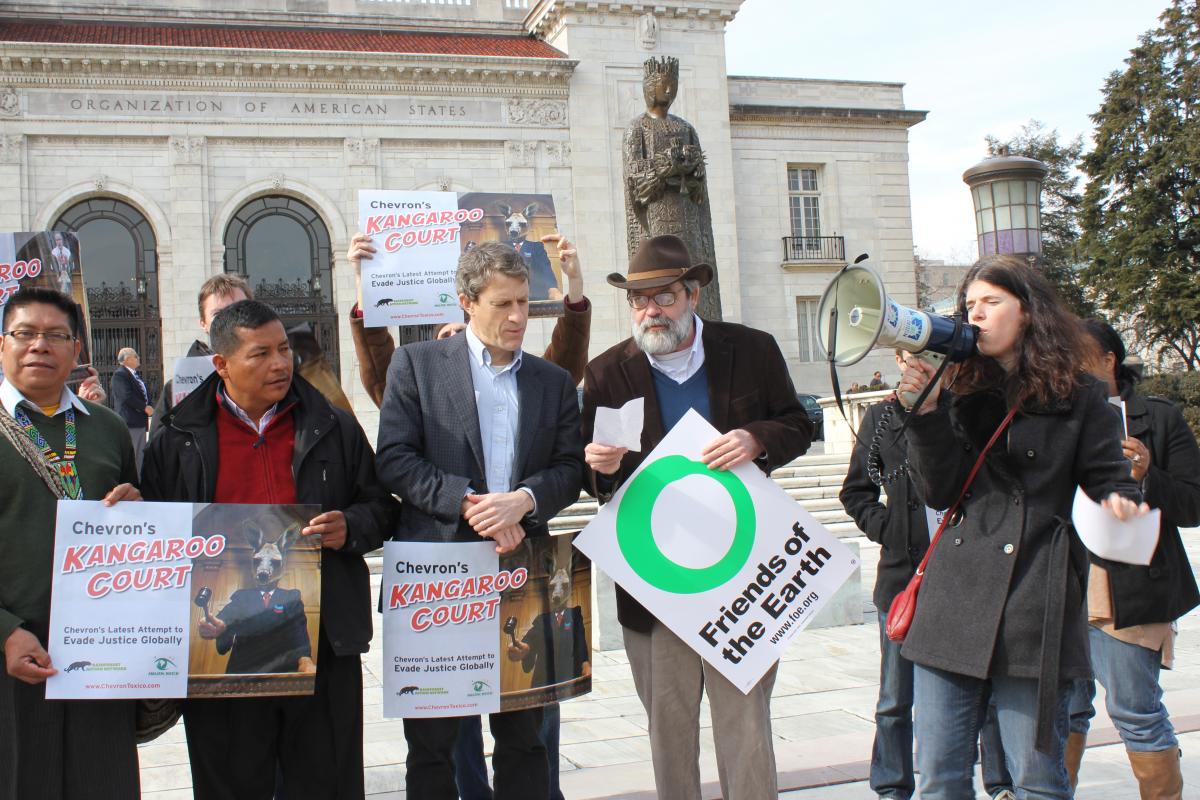 People in Ecuador protest against Chevron

Management practitioners may well be tempted to dismiss the anthropology of CSR as moral elitism or anti-capitalism thinly concealed as academia. There is arguably something in such a claim. But a gilded-tower irrelevance it is not. Deep down, CSR practitioners know that the ethics they preach are not innate to the institution they represent; they are brought into being by policies, discourses and – yes, if necessary – threats (read: compliance). Similarly, for all their claims to the contrary, managers are aware that the companies they govern are not single entities bent on a single goal but an amalgam of complex individuals with contradictory motivations.

These processes of creating order from disorder are exactly what anthropologists interested in CSR seek to unpick and elucidate. Their tools may seem wishy-washy and their language obtuse to those brought up on conventional business theory. And, yes, their objective is primarily to critique rather than construct. Yet by turning the CSR field on its head, the anthropology of CSR introduces new lines of inquiry – and, potentially, novel alternatives to boot.

20 years of helping companies on their sustainability j...
Celebrating 20 years of Ethical Corporation
Nine business trends that will power us to a more susta...
'Here's how companies can show they put peopl...
comments powered by Disqus