Tom Johnson of The Gecko Project warns that truly sustainable palm oil in Indonesia may be out of reach without confronting corruption, undue influence and abuse of power

In late 2007, two young businessmen met to finalise a deal in a high-rise office block in Jakarta. On the table was a shell company with a single asset: a permit to create an oil palm plantation in Borneo. The buyer was the scion of a wealthy family with a rapidly growing landbank of palm oil plantations; the vendor, Ahmad Ruswandi, the son of a politician.

Ruswandi’s father, Darwan Ali, had been elected to govern a district called Seruyan, which gave him the rights to assign land for palm oil plantations. He had issued the permit to his son’s shell company, generating an asset worth several hundred thousand dollars with the stroke of a pen. In the course of his time in office, he would issue permits to more than a dozen shell companies managed by a network of relatives and cronies; they were then sold on to major palm oil firms.

Four days after the deal was struck, world leaders met on the island of Bali for the United Nations Climate Change Conference. High on their list of questions to tackle was how to address deforestation that, in Indonesia at least, was being driven by palm oil plantations.

Many of the most promising multilateral, government and private sector initiatives have so far failed to engender meaningful, sustained change

This vignette opened a series of articles co-published by The Gecko Project and Mongabay over the past three years exploring the role of corruption and abuses of power in Indonesia’s deforestation crisis. It encapsulated how, over the past two decades, two competing processes have played out in parallel.

On the one hand, a raft of increasingly ambitious policies has been announced by governments and the private sector aimed at curtailing deforestation driven by the palm oil industry; on the other, those politicians most closely responsible for regulating the industry have entered into corrupt relationships with it.

Many of the most promising multilateral, government and private sector initiatives – from REDD+ to so-called “zero deforestation” policies from companies – have so far failed to engender meaningful, sustained change. On the basis of our investigation, we came to the view that the undue influence the industry exercised over local politics in Indonesia was an important reason for this. 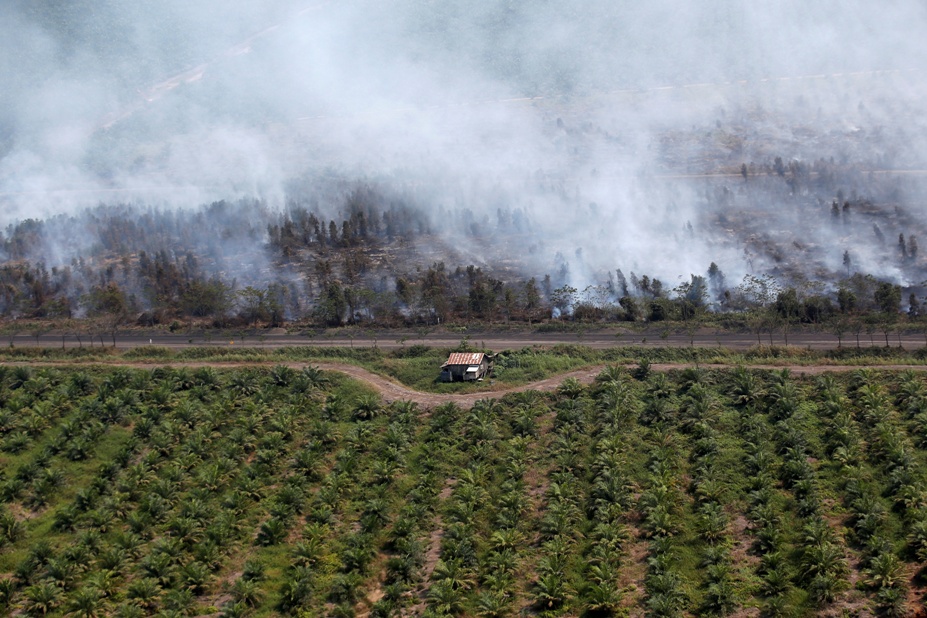 Our investigation began with a simple question. Indonesia is a democracy, and since the mid-2000s district chiefs like Darwan Ali, known as bupatis were chosen through local elections. Around the same time, they had assumed direct control over allocating land for palm oil companies. According to government estimates, the way in which they did that had given rise to hundreds of land conflicts between companies and villagers who felt their land had been stolen, or who were angry at undelivered promises of good jobs and smallholdings.

If these bupatis were chosen by and directly accountable to the electorate, why had they taken decisions that had provoked such widespread opposition from the same people?

To find out, we pored over government permit data and corporate ownership records. We interviewed bupatis and their fixers, middlemen who traded permits, district officials, local activists, academics and affected communities.

The clear picture that emerged was that bupatis across the country had cashed in on their control over land. Due to the quirks of Indonesia’s decentralisation of power, they wielded enormous authority, with very few checks and balances. In some cases, they exchanged permits for bribes. In others we documented in detail, they evaded anti-corruption laws more carefully by issuing permits to shell companies owned on paper by proxies.

We unearthed concrete links between trading in land and election campaign financing, findings that have been reinforced by academic studies and research by the Indonesian anti-corruption agency, the KPK. Elections for bupati positions can cost several million dollars, in mostly illicit spending, and they are routinely financed by “entrepreneurs” in exchange for permits, or a loose approach to regulation.

This system does not simply ensure that corrupt candidates win. In many jurisdictions, it can make it impossible for clean candidates to even get onto the ballot. This created a negative cycle, of corrupt land allocation and corrupt elections, and an increasing convergence of political and corporate interests. 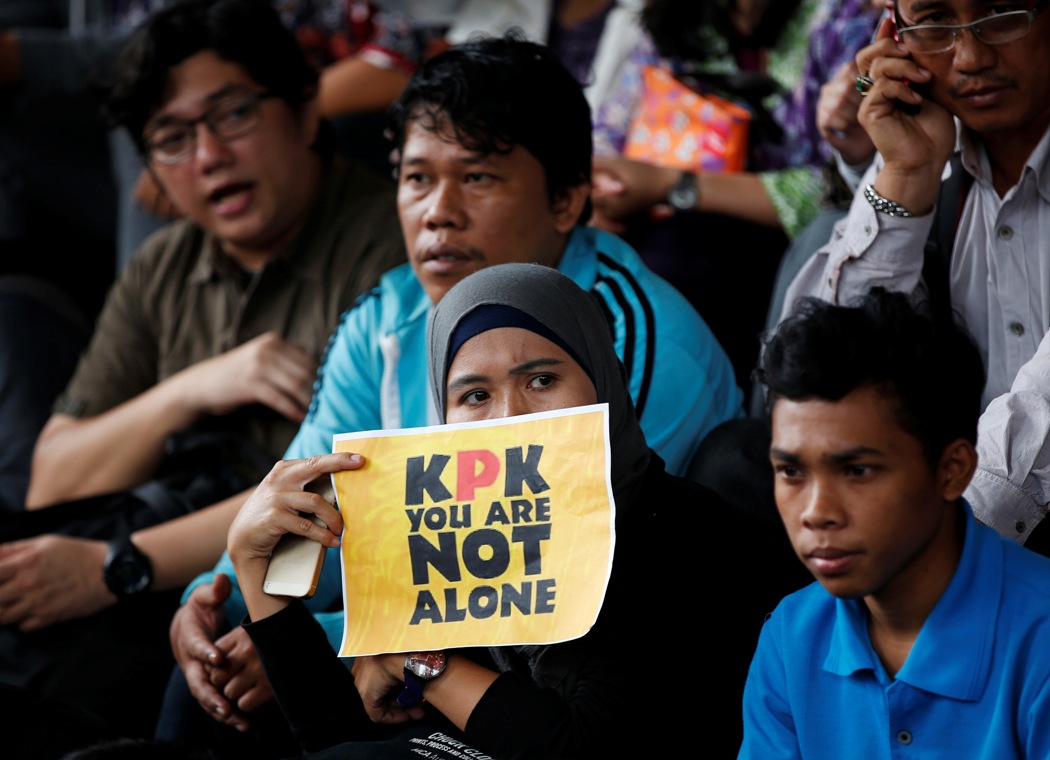 The most obvious consequence of this system is an increased incentive to issue permits, and an associated increase in deforestation. But it also has long-term impacts on the way plantation firms are regulated. The authors of Democracy for Sale, a book that documents the “netherworld of … secretive deal making, trading of favours [and] corruption” in Indonesian elections, found that the financiers of elections more commonly want to be able to avoid the law, rather than to help craft it, as they might in some other jurisdictions.

Last year, a government audit found that more than 80% of oil palm plantations were in breach of regulations. This can have serious environmental and social consequences. Failing to carry out environmental impact assessments is a common offence. Companies are also failing to provide smallholdings, as required by law, driving land conflicts with communities disaffected by broken promises.

In Seruyan, water pollution linked to palm oil mills and a lack of smallholdings have provoked protests for more than a decade now, to limited effect. Last year, three executives from the major palm oil firm Sinar Mas were convicted of bribing politicians to suppress a public hearing that would have raised these issues in connection with their operations in Seruyan. They were jailed for one year and eight months.

In the past three years the rate of deforestation in Indonesia has slowed, after reaching new highs in 2016. That reduction – and particularly the relative contribution of palm oil to it – has likely been influenced by several factors. Civil society and market pressure has been building for years, the price of crude palm oil has been falling and President Joko Widodo has formalised a freeze on new permits.

There is some cause for optimism that the fall will continue. The freeze on permits comes, after all, from the highest level of government. President Widodo has also instructed his administration to carry out a review of all palm oil plantation permits in the country, that has already given rise to an increased recognition of the scale of illegality.

On the other hand, the government is pursuing a domestic biofuel policy that could inflate market demands without concern for sustainability. In January, it lifted the mandatory mix of palm oil in biodiesel from 20% to 30%. The parliament has also pushed a widespread programme of legislative changes that will erode the ability of communities and civil society organisations to campaign against destructive corporate practices, provoking huge student protests last year. The KPK, one of the world’s most effective anti-corruption agencies, has been gutted in what has been decried as an assault on its independence. 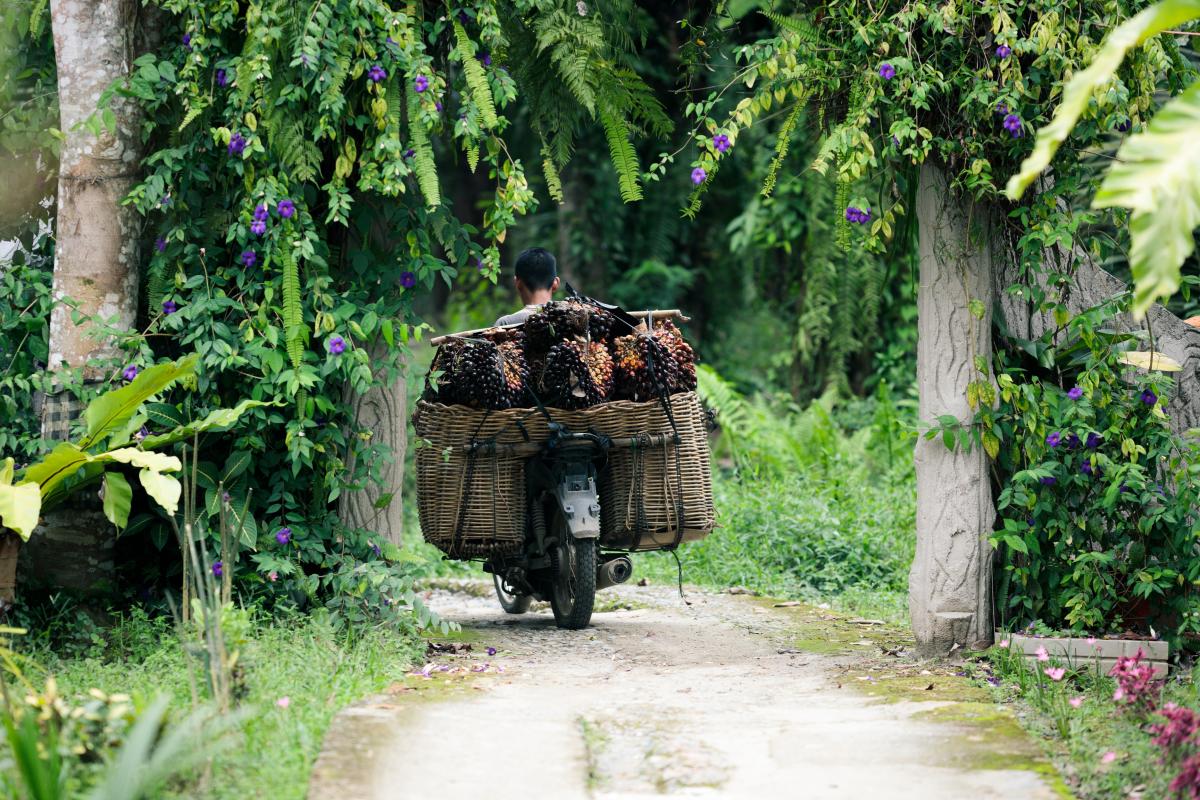 Indonesian civil society organisations have expressed fear that these measures will entrench the power of the nation’s oligarchs, most of whom have interests in the plantation or natural resources sectors, and who could yet reverse what progress has been made.

Perhaps the most successful example we have of a nation in reducing its rate of deforestation is Brazil in the 2000s. Between 2005 and the end of the decade, deforestation dropped so dramatically it may have cut emissions by between 435 million and 870 million tons of CO2 annually. Analyses of how it was achieved suggest that law enforcement, including anti-corruption measures, were essential. Events in Brazil in the past few years are equally illuminating. The dramatic return of deforestation was facilitated by the ruralista agribusiness lobby, after it established power throughout the country and launched an assault on legal protections for the Amazon and indigenous lands.

In Indonesia, just as in Brazil, conserving rainforests will almost certainly require market pressure. But even with that pressure, sustained change may be out of reach without confronting corruption, undue influence and abuses of power.

Increasing accountability and checks on power will not reduce deforestation in itself. But it would allow the emergence of a system in which laws, the environment and the views of marginalised communities can factor into decision making, not only the narrow interests of oligarchs and entrepreneurs willing to engage in corruption.

Tom Johnson is the founder and editor of The Gecko Project, an investigative reporting organisation focused on land use.

Eyes in the skies: The push to beef up surveillance of palm oil plantations