US firms sign up for Science-Based Targets; winners and losers from climate change; fossil fuel companies move on methane emissions

Science, Albert Einstein once said, is nothing more than a refinement of everyday thinking. Put more bluntly, science clarifies the obvious. Such is the thinking behind a growing movement in business when it comes to tackling climate change. Corporate leaders know climate change is happening, they know it will hit them hard if it is allowed to accelerate, and – increasingly – they know a scientific approach can help. Hence, the decision this year by more than 130 large companies to make science-based emissions reduction commitments, up nearly two-fifths (39%) on the same period last year.

The recent surge means 492 companies now have emissions reduction targets aligned with the levels required to prevent dangerous global warming, according to the Science Based Targets Initiative, a multi-party group that assesses corporate emissions reduction targets. More than one in six (17%) Fortune Global 500 companies are now on the list, which includes beverage conglomerate AB InBev, US food producer Kraft Heinz and French tyre manufacturer Michelin. In a rebuff to the anti-science messaging coming from the White House, 50 US companies have signed up since 1 June 2017 (the date when President Donald Trump announced that the US would cease all participation in the 2015 Paris Agreement). 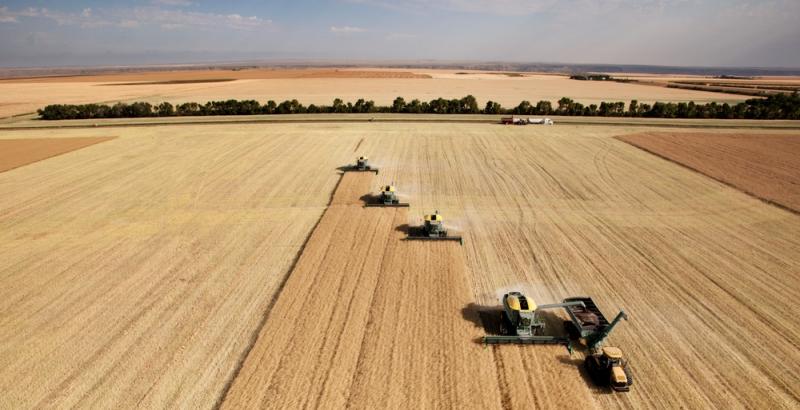 In an effort to increase this number even further, French (and recently B Corp-certified) food company Danone is encouraging companies in the food and forest sectors to adopt similarly robust emissions goals. The drive is part of the 30x30 Forest, Food and Land Challenge, which is run in association with environmental charity WWF. Inspiring the campaign is the fact that land use (especially agriculture and forestry) is responsible for 24% of the world’s greenhouse gas emissions, putting it just behind power and heat generation (at 25%). According to WWF, however, changes to land use can deliver up to 30% of the climate solutions needed to meet the Paris targets.

Corporate leaders don’t have to be Einstein to work out where the direction of everyday business is heading. A recent survey by polling firm YouGov for the Science-Based Targets Initiative finds that nearly one-third of companies have reaped bottom-line savings as a result of setting ambitious emissions-cutting goals. The finding is substantiated by new research from the RE100 initiative, which encourages companies to commit to using 100% renewable power. The study of the financial results of the initiative’s 152 signatories shows that their pre-tax earning and net profit margin is between 0.3 and 7.7 percentage points higher than their rivals (based on a sample of 3,500 similar companies).

The research, which was compiled with help from Capgemini Invent, falls short of drawing a direct causative link between emissions reductions and renewable investment on the one hand, and financial performance on the other. Instead, it concludes that companies at the forefront of the clean energy transition tend to be ahead of the curve on everything else as well. Dare we say it, but another case of science clarifying the obvious? 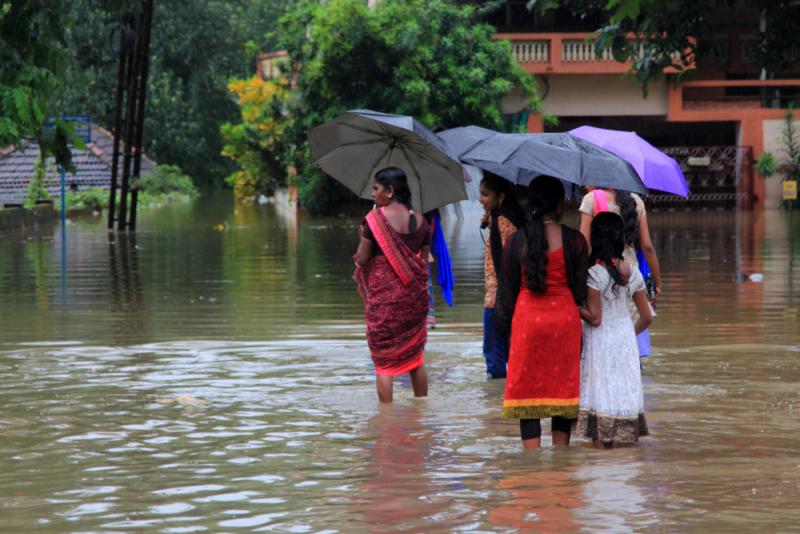 India is forecast to bear 21% of climate costs yet its own emissions are low. (Credit: AJP/Shutterstock).

IT'S ALL ABOUT the “deal”, right: negotiating it, sealing it, and – above all – winning it. So says (again and again) Donald Trump, US President and dealmaker-in-chief. Given his passion for a good deal, then reading the latest issue of the academic journal “Nature Climate Change” should be right up his street. An unlikely ask? Then how about a Twitter-length summary of the findings of its lead paper: “Intriguing study. Median economic damage of carbon dioxide emissions estimated at $417 per tonne. Biggest loser, India. Second biggest? USA.’

The findings of the study are remarkable on several counts. The first stand-out conclusion is around the projected cost of climate change to the economy. Obvious climate-related costs include increases in health expenditure and losses to property values, as well as direct slowdowns in agricultural output and economic production. A recent study put the global cost of climate change at $150-200 per tonne of carbon dioxide (CO2). This latest study, which is based on 2014 data, increases that to an estimated $417 per tonne. The researchers put the rise down to a more empirical macro calculation of the climate-related interactions and feedbacks among different economic sectors.

The second headline-grabbing outcome of the report is the relative cost of climate change for different nations. In what is billed as the first comparative study of its kind, the researchers note that the social cost of carbon (SCC) at a country-by-country level is far from homogenous. Out in front is India, which faces a median price tag of $86 per tonne of CO2. This equates to over 21% of the total global SCC (ie the sum of all country-level SCCs). Next in line is the US, at $48 per tonne of CO2, which equates to 11% of total global SCC. The estimate is in the same ballpark as calculations by the US’s own Environmental Protection Agency, which comes up with a median figure of $42 per tonne. The only other country in a similar range is Saudi Arabia, at $47 per tonne. 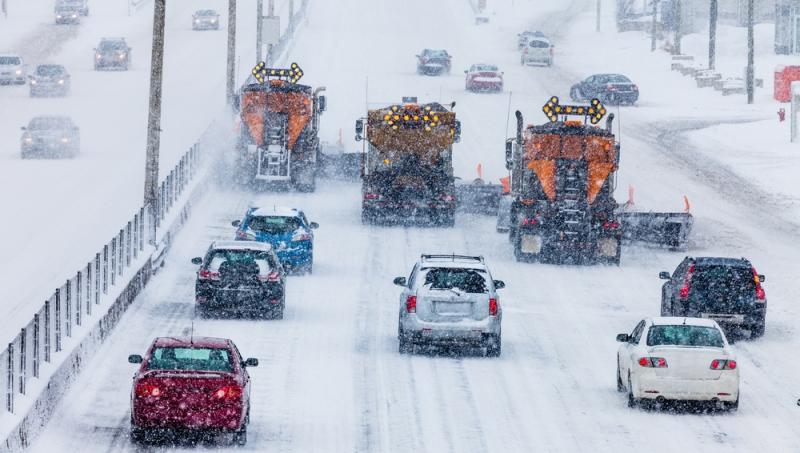 Not everyone is set to lose. Most countries in Northern Europe, for example, could feasibly see positive economic repercussions from climate change. The same is true for Canada and the states in the former Soviet Union. These countries boast current temperatures that are “below the economic optimum”, hence this counter-intuitive outcome. The research doesn’t take into account longer-term costs, however. So while Russia might initially gain from a warmer climate (think future Siberian wheat fields), for instance, higher sea levels and ecosystem disruption in the Arctic could well present a hefty price tag in decades to come.

An inherent injustice lies beneath the numbers. That’s to say, high emissions don’t necessarily correlate to high economic damage. Take India. The world’s second most populous nations will bear a projected burden of 21% of total climate costs yet its own emissions amount to a mere 6.81% of the global total.

The cost of climate-related damage expected to be incurred by China, in contrast, is four times lower than its footprint of 16.98% of all greenhouse gas emissions. The US, however, is more in sync, with a cost-to-emissions ratio of 11%:15.9%. Not if President Trump has his way, however. In the case put forward for rolling back the Clean Power Act, his administration suggested an SCC of around $3 per tonne of CO2.

The calculations fail to take into account potential catastrophic events, biodiversity loss or the costs of adaptation, as well as longer-term impacts such as sea level rise. Costs, as a consequence, could rise – and that’s bad deal for everyone, the US included. 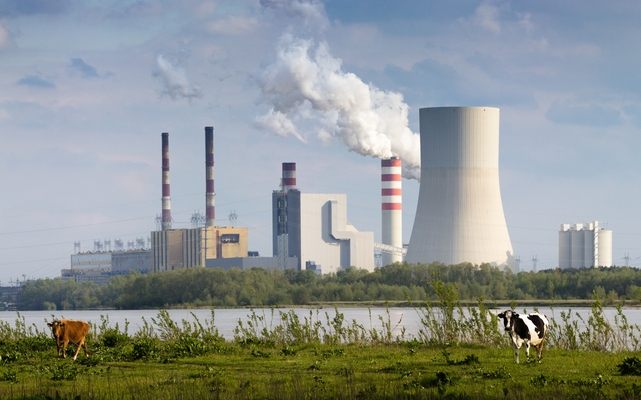 LONG THE BOGEYMEN of the global climate debate, the oil and gas sector used this year’s Climate Week New York to try and wrest back a seat at the table. Enter the Oil and Gas Climate Initiative, which was set up in 2014 and whose membership comprises nearly one third (30%) of the hydrocarbon market.

The industry group has pledged that its 13 member companies will reduce the methane intensity of the fossil fuels they produce, from a current rate of 0.32% down to 0.25%. Methane intensity refers to the methane that gets lost in the atmosphere when producing oil and gas, expressed as a percentage of the fuels sold. Although the commitment only marks a decrease of 0.07% percentage points, the group claims it could save 350,000 tonnes of methane annually. The Oil and Gas Climate Initiative, whose members include (as of recently) oil majors such as BP, ExonMobil, Total and Chevron, has given a 2025 date to achieve the new target. It is also leaving open the possibility of reducing the level further in the future, potentially to 0.20%. The group’s co-ordinators claim its participating firms collectively invested $6.3bn in researching and developing low-carbon technologies in 2017 alone.

Methane (CH4) is a particularly potent greenhouse gas. Over the span of a century, its effects on climate change are estimated to be around 30 times higher than than of carbon dioxide. That said, methane levels in the atmosphere are about 200 times less than carbon dioxide at present. The last decade has seen methane levels begin to rise, however, after stabilizing for many years at around 1,800 parts per million. (Note: the estimated figure prior to the industrial revolution average around 722 parts per million). Leaking natural gas infrastructure is a big reason, as well as farting and belching ruminants.

The recent announcement from the Oil and Gas Climate Initiative comes despite US environmental regulators recently pledging to relax rules limiting methane emissions in the hydrocarbon industry. The move, announced last month, will save up to $75m a year in regulatory costs, according to the Environmental Protection Agency. The US public has until the middle of November to comment on the proposed rule change.

Beef and dairy farms pushed to innovate to tackle metha...
Brand Watch: ’Tis the season to use recycled plastics...
Can we rise to the towering task of cutting building em...
NGOs call for bioenergy to be removed from EU sustainab...
comments powered by Disqus