Coca-Cola has announced a new sustainable packaging strategy for Great Britain that includes increasing the recycled plastic content in its bottles from 25% to 50% by 2020.

The soft drinks company said the material for its increased recycled content will be sourced from the UK, and represents a long-term commitment to its partnership with Plastipak Europe, a PET recycling company.

While the new strategy of 50% recycled content has gained criticism from groups such as Greenpeace for not being “ambitious” enough. Martin Hargreaves, managing director of Plastipak, said the 50% target was a stepping stone.  “We need more packaging recovered to get to 50% … this is the beginning. We have not got all the answers.”

He explained that the fact only 57% of plastic bottles in the UK are recycled is a barrier. “We need feedstock,” he said, and emphasised the need for collaboration for increased recycled content. “In our five-year partnership [with Coca-Cola], we have recycled 2 billion bottles and 50,000 tonnes of PET.”

Leendert den Hollander, vice president and general manager of Cola-Cola European Partners, pointed out that all Coca-Cola packaging is 100% recyclable. “We want to recover all of our packaging that we put into the market.”

Coca-Cola has widened its strategy to include “championing new ways to improve recovery and recycling”, which includes a communications campaigns to reach 35 million consumers, clearer messaging on all products to encourage recycling, being active at “experiential” events such as music festivals, and working with customers to share its marketing expertise. 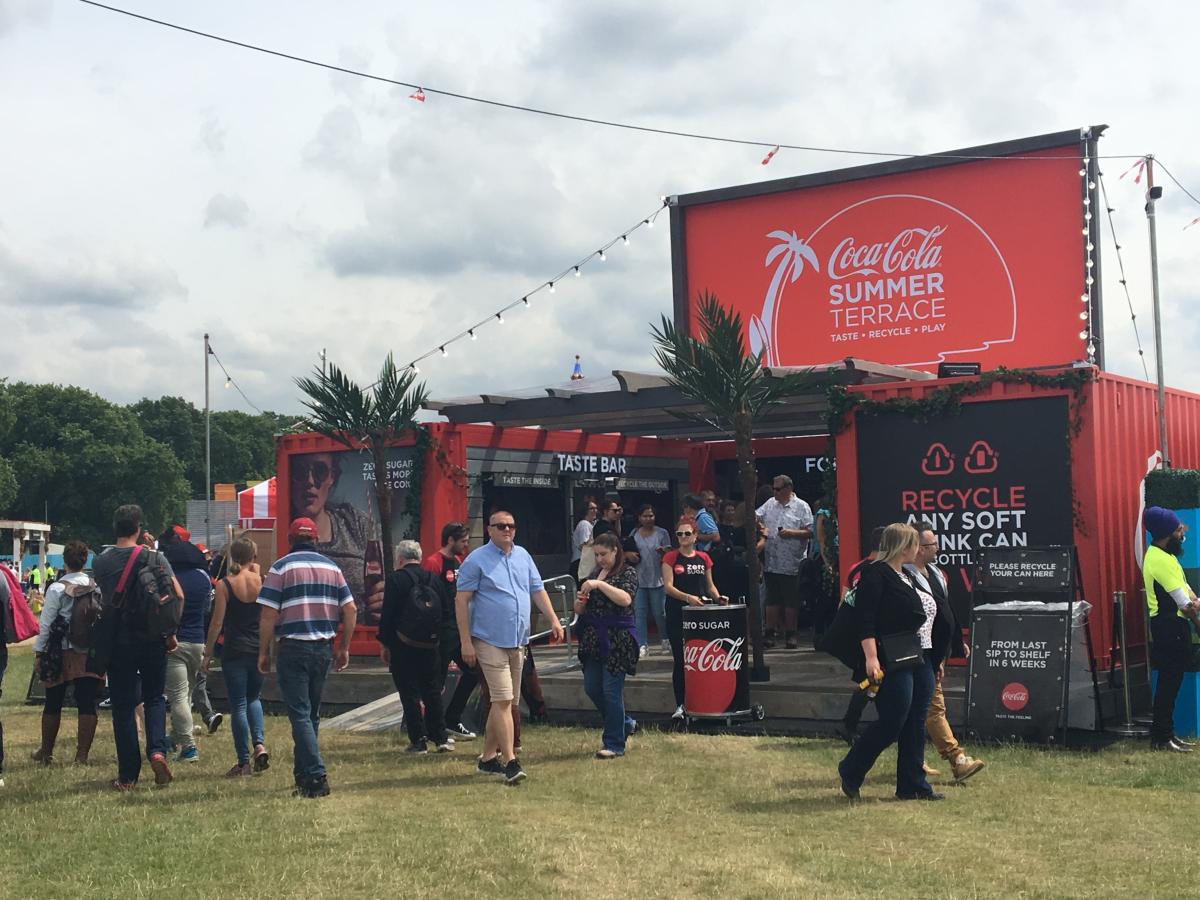 The company has created a new advertising campaign for television, cinema, and digital media to tap into the teen market, the highest users of on-the-go (500ml) products, which have the lowest recycling rates. The stop-motion advert, which tells a love story between two recycled bottles, features a set and character made entirely from 100% recycled PET. Jon Woods, general manager at Coca-Cola UK and Ireland, said that the advert had tested well with teens.

Coca-Cola also announced that it is trialling its own version of a deposit return scheme (DRS) for its bottles, following its U-turn on opposition to an initiative by the Scottish government earlier this year. Nick Brown, head of sustainability at Coca-Cola European Partners, said the company will be trialling a “recovery and reward scheme” for 500ml bottles, as well as continuing to champion government reform of current producer responsibility schemes, looking particularly at DRS and working with community groups.

“We will use the trial to understand the impact of DRS on recycling,” he said, hoping to gauge whether a financial incentive influences consumer behaviour. Referencing Coca-Cola’s previous reservations to the Scottish scheme, Brown said: “We’ve had concerns of such a scheme in the past … [firstly] we’ve spent the last 15 years encouraging people to recycle at home; secondly retailers are nervous about having to deal with packaging they’re not set up to deal with; and thirdly local authorities use the funds to fund their services.” Despite this, Brown said he thinks there is an opportunity for DRS in the UK, which would be helped by “a political and pan-industry consensus.”

He said Coca-Cola’s DRS trial would give the company additional insight into how initiatives like DRS could work in the UK. While the trial is currently only for Coca-Cola, he said they are open to collaboration with other companies. But Brown also stated the trial must prove the scheme is a viable option for the company. “It has to work commercially,” he said.