Can companies trust tech to safeguard wellbeing of remote workers?

On July 1, in the US state of Indiana, it became illegal for companies to forcibly microchip their employees. The devices, the size of a grain of rice, have raised such concerns that more than 10 other American states have also gone down the path of legislation to ensure their containment.

Despite the fact that these RFID (radio frequency identification) tags have generally been used for nothing more sinister than starting a computer, entering a building or paying for food in the workplace vending machine, the fear of surveillance from government or corporations runs deep and the line between using technology for good or ill is getting ever finer and more complex to navigate.

This has been thrown into stark relief during the Covid-19 pandemic, as many companies turn to technology to support the health and wellbeing of a suddenly remote workforce attempting to adapt to new working conditions.

Brian Kropp, chief of human resources research at Gartner, says: “The vast majority of companies use technology appropriately, but some have used it to see how quickly employees are typing, to analyse images of employees at their keyboards to assess stress levels, track how often workers go in and out of the building and even check the length of their coffee breaks."

Yet technology such as wearables is also playing an increasingly important role in helping companies support employees, both physically and mentally. This was the case before the pandemic but now has become more urgent.

Exercise regimes were found to be falling away amongst newly remote employees. (Credit: Dudarev Mikhail/Shutterstock)

According to the interim findings of a study by the Institute for Employment Studies, carried out in the UK during the first two weeks of lockdown, employees newly working from home were suffering. There was a significant increase in musculoskeletal complaints, alcohol consumption was rising while exercise regimes fell away. Poor sleep and an increased risk of exhaustion were also a concern for the 500 respondents, half of whom reported being unhappy with their work-life balance, while a third felt isolated.

In June, Nuffield Health reported that around 80% of British people working from home feel lockdown has negatively affected their mental health, and 25% of those said they were finding isolation emotionally challenging. Another study, carried out by Microsoft on 350 or so of its newly remote workforce, and published in July in the Harvard Business Review, found that workers’ days were getting longer by around four hours per week, work-life boundaries had become blurred and there was more weekend working.

Concerns about how its workforce were coping under lockdown led PwC, the professional services group, to extend a health and wellbeing trial that began with 50 employees last summer. All participants, including the 1,000 volunteers who joined the programme in mid-May, were given a Garmin Vivosmart 4 fitness tracker to wear 24 hours a day.

Wearables were not designed to support behaviour change. What they do is make behaviours visible

“There is also a suite of baseline tests that are performed at the start of the programme, which measure more fundamental characteristics such as adaptability, team working style and creativity,” he adds.

The firm stresses that all the participants are volunteers and that at no time will their individual data be revealed to anyone else. But Cameron says PwC is “exploring the option of making individual data available to the clinicians who support our firm", if participants consent.

A Microsoft study found that remote workers’ days were getting longer. (Credit: leungchopan/Shutterstock)

Now PwC is contemplating the next step. “We think the trial will provide a range of valuable insights around wellness to our participants and to our business. We are actively looking at taking this offering to clients."

Alongside the data from wearables, the trial will also collect information such as diary load and workload and will be applying machine learning to the outputs of these in order to understand links between, for instance, sleep levels and cognitive function or diary load and energy levels.

Putting data collected by wearables into context in this way is essential says Chris Brauer, director of innovation and senior lecturer at the Institute of Management Studies at Goldsmiths, University of London. “Wearables were not designed to support behaviour change. All they do is track behaviour, and organisations need to implement change. What wearables do is make behaviours visible.”

Gamification – a system that creates competition around healthy living, is also an opportunity to bring people closer together

According to Brauer, pre-Covid “the conversation around wearables in the workplace was all about potential surveillance: efficiency and optimisation. It will take a culture adjustment to get the trust of the workforce for measuring and monitoring on a wide scale.”

While PwC was oversubscribed with staff wanting to join its trial, this level of trust does not exist across all companies or sectors. When the real estate services company, Savills, asked about wearables in its Office FiT survey carried out in April, the majority of employees felt positively about using a tracking device to support their health, but only 21% would be willing to share data with their employer and only 45% would share data with their doctor.

However, there are signs that enforced working from home caused by the pandemic could be breaking down barriers to sharing data. Brauer has detected a shift among employees of companies who encourage the use of wearables using motivation and incentives. 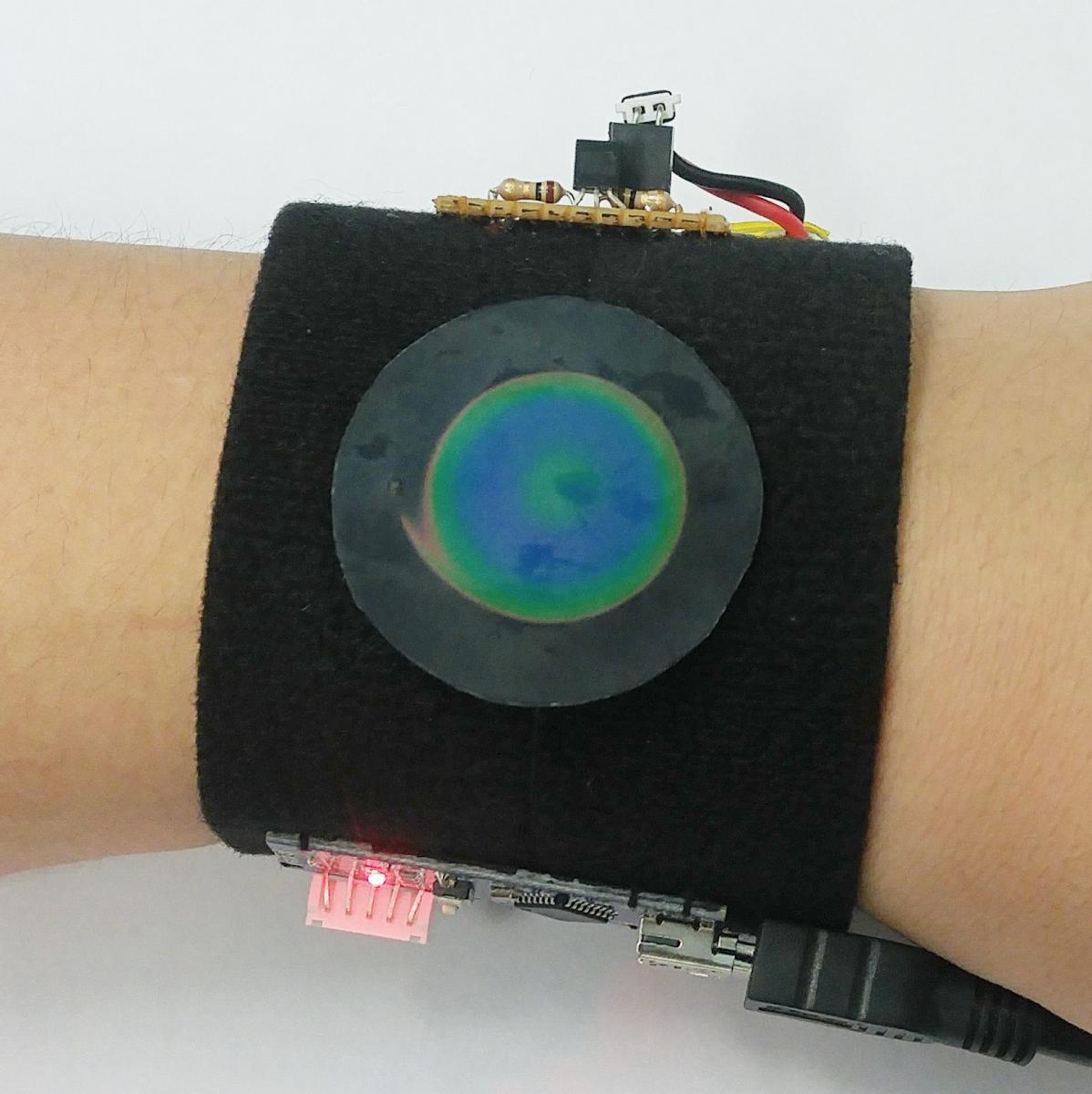 “Gamification – through a points-based system exchanged for rewards that create a competition within the workforce around who is eating the most healthily, sleeping well or getting fit – is also an opportunity to bring people closer together. It provides a space to come together to counter the often profound sense of loneliness and detachment employees are feeling. Wearables become the driving force and staff become less concerned about making data visible.”

Brauer says the most sophisticated wearables on the market, the ones performance athletes use to build their training schedules and help manage day-to-day stress levels, have been used by hedge funds for about the past five years. But their high cost means they are unlikely to be distributed to an entire workforce of most companies.

However, looking to the future, an international research network has received €3.9m of funding from the European Commission to develop a powerful yet low-cost wearable to work alongside its AffecTech platform to support people with mental health issues. The project is led by Corina Sas, professor in the department of computing and communications at Lancaster University.

The global mental health crisis is impacting on all domains of life... digital interventions are good candidates to be explored

The wearable, still at the prototype stage, is designed to be used in everyday life, including the workplace. “It will be helpful, for instance, during meetings to provide subtle awareness of one’s feelings and support people to calm down through rhythmic vibrations or during a short break for a brief meditation session with thermal-based neurofeedback on the body to help bring attention back to the present moment.”

She adds: “The global mental health crisis is impacting on all domains of life, and in particular on work practices, with significant societal and economic costs. Digital interventions are good candidates to be explored due to their low cost and increased accessibility.’

Dr Nick Taylor, chief executive of Unmind, which offers a digital platform to support mental health in the workplace, with clients including the UK cabinet office and retailer John Lewis, is optimistic about the future: ‘We are just getting started in digital tools. We will see greater personalisation become possible to deliver the right care at the right time.’ 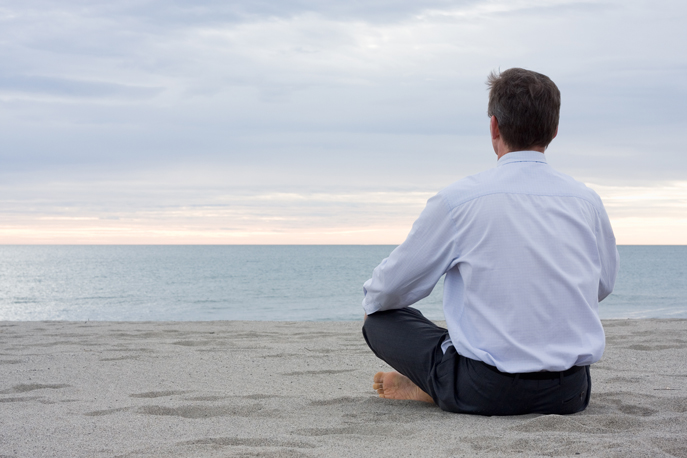 Sas points out that digital devices do not address the broader culture of high workload and poor work-life balance that characterises the environments that many knowledge workers experience.

There is, though, a growing awareness within companies that an unhappy workforce is an unproductive one.

According to the Financial Times, even before the pandemic, more than 600 companies were offering free or subsidised access to mindfulness app Headspace to their workforce, including Thomson Reuters, which publishes The Ethical Corporation, Adobe, General Electric and Unilever. Both Headspace and its main competitor Calm, named Apple’s app of the year in 2017, cater for their fast-growing corporate subscribers with content around business topics, such as difficult conversations with colleagues, prioritising time, and increasing emotional intelligence at work.

The trend that Gartner’s Kropp sees, certainly in the US, is of companies becoming increasingly involved in their employees’ lives to support not just their health and wellbeing but those of their families too, and that this trend has been accelerated by the Covid pandemic.

“Big companies are getting bigger and are employing an ever-larger percentage of the workforce,” said Kropp. In the US in particular they are having to compensate for failures of the state.

“CEOs are increasingly stepping in to take responsibility for employees to compensate for a dysfunctional government,” said Kropp. “Government cannot be counted on to solve problems and it is hard to see that change in the medium term."

Caroline Palmer is a freelance journalist specialising in business, health, sustainability and the artisan economy. She has worked for the Financial Times, The Guardian and The Observer.