To avoid climate-related litigation, organisations must ensure their house is in order

Climate change litigation is on the rise, and its increasing importance could have an impact on an expanding range of companies and policymakers. Already, there has been a global shift to define the obligations of organisations in preventing environmental damage and violations of human rights. However, arguably, the UK’s historical focus on quasi-regulation when it comes to climate matters, especially in terms of reporting and due diligence, may obfuscate the way forward and buck the trend of moving towards a mandatory regime.

In 2009, following the G20 summit held in London, the Financial Stability Board (FSB) was set up under the aegis of the Bank for International Settlements in Basel. Later, in 2015, the FSB established the Task Force for Climate-related Financial Disclosures (TCFD). The intention of the TCFD was to become the global hub for a combined approach to corporate reporting of climate change.

In 2017, the TCFD set out its reporting recommendations in respect of larger companies and city fund managers. It was suggested that within each company’s public filings there should be included four areas of information related to climate change, namely governance, strategy, risk management and metrics.

The clear intention was that companies should go beyond recording and publication of the level of greenhouse gas emissions for which they were responsible. Under the TCFD’s recommendation companies should consider the financial implications and ramifications of climate change.

This proposal reflected the fact that merely recording emissions was not helpful to investors in understanding how secure or otherwise the future of a company was in the light of climate change, or in assisting that company to reduce its carbon footprint. Balanced against this need to identify risks was the need also to consider the opportunities generated by changing to a low or nil carbon environment.

In 2019, the UK government issued its Green Finance Strategy, which stated that it expected all listed issuers and large asset owners to be disclosing in line with the TCFD’s recommendations by 2022. However, the government has been clear that it does not just see a leading role for the listed corporate giants. Other organisations such as banks, insurers, asset owners and asset managers are well placed to identity the risks and opportunities of climate change. Arguably, these organisations can also play a role in both financing the transition to a low carbon environment and addressing the systemic financial risks to support a more resilient economy (see UK joint regulator and government TCFD Taskforce: Interim Report and Roadmap). 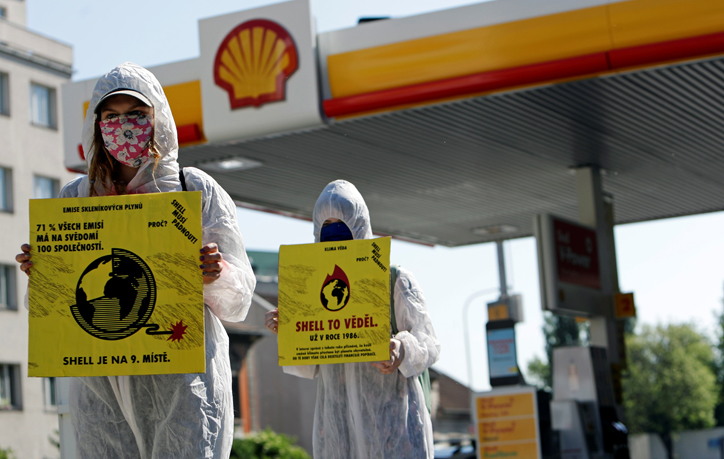 The intention is that the government will create a playing field where investors carrying out due diligence can satisfy themselves about any company or fund’s climate emissions and exposure to climate change risk. However, the warning accompanying this reality is starkly set out in the interim report because if information on organisations’ climate-related exposures is incomplete, or of poor quality, the future risks to individual financial firms and to financial stability could be considerable.

It is hoped that the annual filings in the new form would stimulate the development of green financial products,  and competition between providers of these products,  with follow on benefits for consumers. In addition, such reporting may encourage organisations to behave more strategically, to manage risks better and to ensure they are fit for a low carbon future.

Going forward it is likely that the pension, banking and insurance sector will also be asked to comply with the overall scheme. However, it is recognised that the principal source of climate exposure for these organisations is likely to be the assets they manage on behalf of clients and end investors, rather than their own balance sheets.

For many organisations, climate change litigation means the imperative for change will only strengthen with time, but, as matters stand, only complete voluntary compliance with the UK’s regime will obviate the need for the imposition of mandatory steps.

In other jurisdictions we are seeing tougher regimes coming to the fore. For example, in France, the Corporate Duty of Vigilance places a duty on large companies operating in France to identify and prevent risks to human rights and the environment. Courts worldwide have also begun to define the obligations of companies and policymakers in preventing environmental damage. In the Netherlands, in the case of The State of the Netherland (Ministry of Economic Affairs and Climate Policy) v Stichting Urgenda 19/00135 (Engels) the Dutch Supreme Court established that the Dutch government has a legal duty to prevent climate change. This decision has subsequently been followed by others in the Netherlands. For example, in the case of Milieudefensie & Ors v Royal Dutch Shell C/09/571932, Shell was ordered to cut its total carbon dioxide emission levels in respect of both its own operations and those of its business relations. Further afield, in the Australian case of Sharma v Minister for the Environment [2021] FCA 560, the Federal Court handed down a momentous ruling imposing a duty of care on the environment minister towards future generations.

For the time being, the UK’s expectation that the TCFD’s recommendations should be followed more broadly remains an expectation. However, formal regulation may well follow, and answers may come from the review scheduled to take place for the 2022 Green Finance Strategy.

In any event, organisations will want to ensure that their own house is in order. Businesses adhering to these quasi-regulations now will likely find themselves better guarded against litigation risks if and when such formal regulations are introduced at a later stage.

Stephanie Eaton is an associate at Signature Litigation LLP, and Michael Rawlinson QC and Samuel Cuthbert are barristers at 12 King’s Bench Walk.

Brand Watch: Rise of the robots as companies turn to AI...
ESG Watch: ‘Writing is on the wall’ for U.S. firms ...
Melanie Kreis: ‘If we are serious about net zero, we ...
Asia battles to get to grips with the urban heat island...
comments powered by Disqus