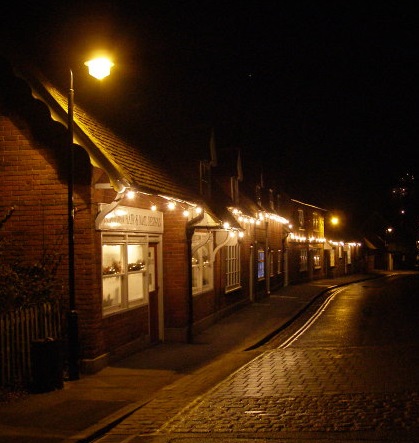 UK domestic energy tariffs are capped by Ofgem and rising wholesale gas and electricity prices left some UK suppliers unable to cover their costs. Under Supplier of Last Resort (SoLR) rules, Ofgem re-allocates the customers of failed suppliers under a competitive process.

Despite appeals from suppliers, the UK government stepped back from issuing loans to energy companies that acquire customers from failed competitors. The number of UK energy suppliers has halved in the last two years to around 30 companies.

Energy-intensive companies including suppliers of CO2 and steel also called for state intervention after high energy prices prompted them to temporarily shut down facilities.

Turbine supplier Vestas is to shut three manufacturing facilities in Germany, Spain and Denmark as it continues to integrate its onshore and offshore wind activities, the Danish company announced September 20. Vestas will close its Lauchhammer blade manufacturing facility in Germany by the end of the year and is looking at ways to relocate the site's 460 employees across its manufacturing and service divisions, it said.

The company has installed 15 GW of turbines in Germany, has service contracts for 11 GW and employs 2,500 staff.

Vestas "sustains its commitment to the German market and our established supply chain," it said.

Vestas will also close its factory in Viveiro, Spain, which manufactures generators for 2 MW onshore turbines as well as control panels for offshore turbines. The site will be closed by the end of the year and the 115 employees will be offered work at other Vestas sites in Spain.

"Due to both the decrease in demand for the 2 MW platform and the need to optimise offshore manufacturing, it is no longer sustainable to continue activities in Viveiro," the company said.

Demand for these modules will "gradually shift to markets primarily outside of Europe and be delivered via more localised manufacturing facilities," the company noted.

Vestas will look to redeploy the site's 75 employees elsewhere in Denmark, where the company employs more than 5,900 people in total.

Last December, Vestas acquired 25% of renewables investor Copenhagen Infrastructure Partners (CIP) in a move which widens its role in offshore wind and solar and expands its long-term income potential.

The 800 MW Vineyard Wind project in Massachusetts is jointly owned by Iberdrola subsidiary Avangrid and CIP and will be fully installed by 2024.

The project partners secured $2.3 billion of senior debt with nine international and US banks, enabling them to issue a notice to proceed (NTP) to its contractors "in the coming days and weeks," they said. Onshore work will begin this autumn and first power will be delivered to the grid in 2023.

The financial closure of Vineyard Wind follows the completion of its environmental review earlier this year and approval by the Biden administration in May.

The environmental approval took three years to complete as the developer and the federal Bureau of Ocean Energy Management (BOEM) tackled first of a kind issues for large-scale offshore wind development.

In 2018, the BOEM expanded the scope of the review to take into account previously unavailable fishing data, a new transit lane alternative, larger turbine considerations and cumulative risks from multiple offshore wind projects.

President Biden has set a target of 30 GW of offshore wind by 2030 as part of plans to decarbonise the power sector by 2035. The Biden administration plans to accelerate environmental reviews of offshore wind projects and complete 16 reviews by 2025. In December, the U.S. Congress agreed to implement a new 30% investment tax credit (ITC) for offshore wind farms that start construction by 2025 as part of a COVID-19 recovery package. The Internal Revenue Service (IRS) also extended the deadline for project completion from four years to 10 years. Projects could also benefit from support proposed in the Biden administration’s $3.5 trillion budget bill that is currently being fleshed out by Congress.

The European Energy Exchange (EEX) has expanded its power futures contracts in Germany, Italy and Spain to 10 years ahead to accommodate more renewable energy trading in the wholesale power market, Reuters reported September 27.

Until now, EEX participants could trade up to six years ahead, but demand for longer contracts is growing as wind and solar developers look to mitigate financial risks with long-term power agreements.