An impending levy on power generation profits has raised uncertainties over contract eligibility and dented investor confidence just as Germany looks to ramp up installations. 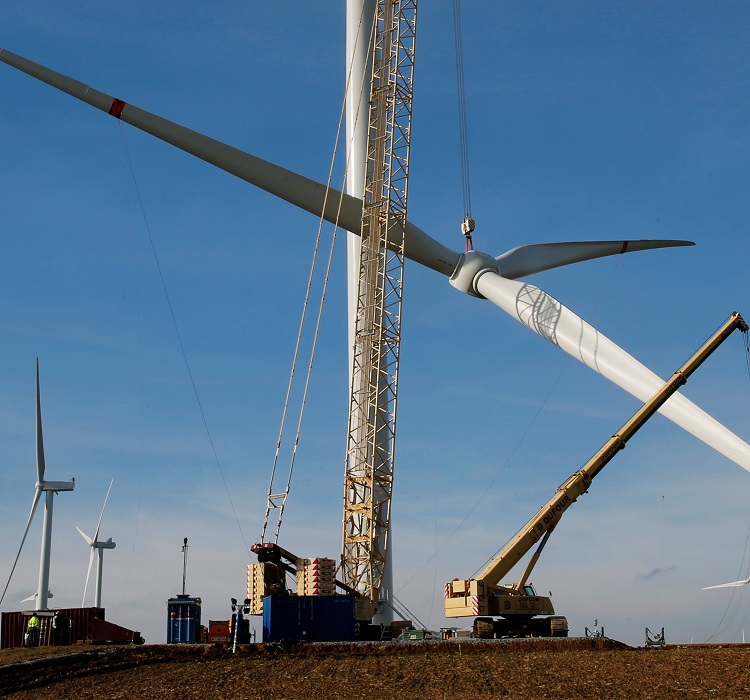 Germany's government is set to implement a windfall tax on renewable energy generators from December 1, 2022 until April 2024 under a new law expected to be agreed by Parliament this month.

The levy will skim 90% of wind and solar profits realised above 130 euros/MWh ($137/MWh), or above a benchmark based on the feed in tariff assigned to the project. Electricity and gas prices have soared following Russia's invasion of Ukraine and the funds from the levy will be used to subsidise the energy bills of customers.

Germany is among a number of countries imposing national limits on power prices at lower levels than agreed by EU countries in September. EU members agreed to limit revenues from non-fossil fuel power plants to 180 euros/MWh from December until the end of June but also allowed national governments to impose lower revenue caps provided they are higher than the cost of generation.

The market uncertainty is endangering Germany's plan to accelerate annual onshore wind installations five-fold to 12 GW by around 2025 and supply 80% of power from renewables by 2030.

For projects on feed in tariffs, the government will skim 90% of the revenues above a cost benchmark based on the feed in tariff plus a margin of 30 euros/MWh and 6% of monthly captured revenue.

The German energy industry association BDEW said the legislation was "extremely complex, imprecise and bureaucratic” and "rapid implementation is not possible in the form currently envisaged” in a statement on December 6. European industry group WindEurope warned national limits could create a "regulatory mess” and deter investment.

"This is not a popular decision,” said Coralie Laurencin, Policy Lead, European Power & Gas at S&P Global. For investors, "any government decision that reduces revenues is unwelcome," she noted.

Installed wind capacity in Europe by country (end of 2021) In Germany, there are far fewer wind projects backed by PPAs than in other countries such as Spain and many of these will be unaffected by the legislation as they were signed at earlier prices below the threshold, in the range of 50 to 70 euros/MWh, Garcia said. These could be older projects with expired feed in tariffs or unsubsidised projects. Any PPAs with a component linked to wholesale prices could be impacted, he noted.

While the levy thresholds should ensure "economically viable operations” for most generators, there are a few exceptions, Michael Claussner, a market expert at consultancy Energy Brainpool, told Reuters Events.

One example of this would be wind projects financed by secured cash flows from a high PPA price for the next three to five years and then a lower subsidy strike price for the later loan years, he said. This could mean outgoings next year exceed income from the PPA. The issue could be resolved by counting the PPA price as the income gained but this option was not included in the draft legislation and it is not clear whether it is in the final law, Claussner said.

Market uncertainty is currently so great “that it is no longer possible to conclude PPA contracts for renewable energy," a spokesperson for German developer ABO said.

Germany's industrial price index is up around 40% on a year ago and national wind energy industry association Bundesverband WindEnergie (BWE) is calling for a rise in the reference energy tariff in wind power auctions to ensure the economic viability of new projects. Inflexible tariff prices mean many projects are only viable if they can profit from rising wholesale electricity prices, the ABO spokesperson said.

ABO is hopeful that the government will increase auction reference prices and adapt the legislation so that PPAs remain a reliable basis for financing windfarms.

This would help to reduce investor uncertainty and would mean that next year "it will once again be possible to build wind farms in Germany without any problems," the ABO spokesperson said.

"After all, it is the declared goal of the federal government to accelerate wind power and not to stall it."