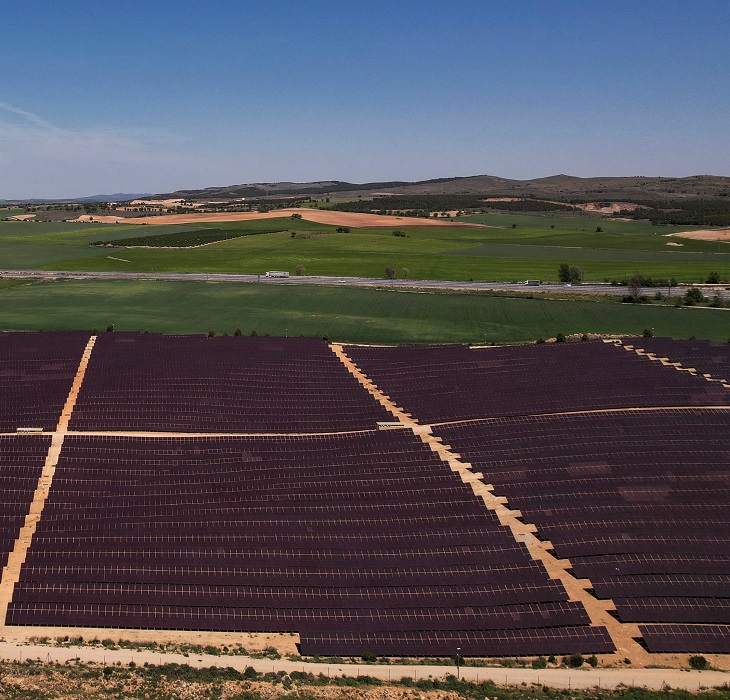 Spain is set to be a key growth engine of solar and wind capacity as the European Union looks to accelerate away from fossil fuel energy.

Spain is expected to install 4 GW of solar capacity this year and has the largest solar pipeline in Europe, Pratheeksha Ramdas, Renewable Energy Analyst at Rystad Energy, told Reuters Events. Spain is set to install 19 GW new capacity between 2022 and 2025, according to the latest baseline forecast from industry group Solarpower Europe. There were over 100 GW of projects with grid approval in October and a further 23 GW awaiting permission, Rystad Energy said.

Spain has the highest solar yields in the EU and good availability of land. Strong market fundamentals have made Spain the most attractive market in the world for renewable energy power purchase agreements (PPAs), according to a report by consultancy EY in October 2021.

Assets in Spain are often used as the basis of pan-European PPAs, EY noted.

Spain aims to double its share of renewable energy to 74% of power generation by 2030 but permitting processes must be accelerated to process a flood of projects. Spain has streamlined permitting of low-impact projects but these changes will take time to impact installations and some projects will lose out due to the surge in demand.

“The government is asking to withdraw project applications which has environmental constraints, as reviewing them is time consuming and requires high workload from relevant authorities,” Ramdas said.

Developers also seek regulatory certainty after a flurry of market interventions by EU and national authorities.

The permitting of solar and wind projects in Europe can take around five years, compared with less than a year for construction. Approvals authorities have been inundated with solar and wind applications and a lack of resources combined with bureaucratic processes are holding back projects.

Some 45 to 50% of solar projects in Spain were behind schedule because of environmental impact assessments, according to a Deloitte report.

Developers are often not given a reliable date of authorisation, disrupting project schedules, a spokesperson at power utility Endesa told Reuters Events. Endesa connected 12 new solar plants totalling 500 MW in 2021 through its subsidiary Enel Green Power Espana, doubling its Spanish solar capacity. The company aims to install a further 4 GW of renewable energy capacity by 2024, increasing its installed capacity from solar, wind and hydro to 12.3 GW.

To accelerate deployment, Spain's government implemented new planning rules in March that shorten the permitting process for projects of capacity below 150 MW that have low or medium impact on the environment. The new rules, in place until 2024, could halve the time it takes to receive permits to around two years but the benefits will depend on the stage of the project and some developers may continue to focus on larger projects to gain economies of scale.

Other European countries are rolling out similar measures after the EU called on all member states to accelerate permitting, but implementation will take longer in some countries and a lack of resources at permitting authorities remains a concern.

Power production can either be contracted through regulated auctions, or via the market in the form of wholesale contracts or power purchase agreements (PPAs).

In 2021, 2.4 GW of solar capacity was contracted through PPAs in Spain, representing around two thirds of installations nationwide and around one third of the PPA volume contracted across Europe, Luis Lopez-Polin, senior manager of business development at PPA pricing platform LevelTen Energy, said.

PPA contracts require developers to commission projects ahead of power delivery date, but there are fewer intermediate deadlines to meet than for auction contracts, the Endesa spokesperson noted. Developers can lose bank guarantees if they miss deadlines, increasing project risk.

Some projects are being developed on a merchant basis, without a long-term PPA contract, allowing developers to take advantage of wholesale electricity prices.

One example is Renovalia’s 79.2 MW El Bonal solar plant, completed in December 2020, which sells its entire output on the wholesale market.

It is these types of projects that will be particularly sensitive to price caps imposed at EU and national level in recent months.

In September, the EU imposed a limit on revenues from solar, wind and nuclear generation of 180 euros/MWh from December until the end of June. Spain's wholesale power prices were already below that level due to the national gas price cap, so the impact on PPA demand in Spain should be minimal, said Lopez-Polin.

The EU limits had a greater impact elsewhere in Europe. Some 42% of developers in Europe said they would submit less PPA offers under a price cap of 180 euros/MWh, while 42% said they would not change their PPA offer activity, according to a survey conducted by LevelTen after the limits were proposed. The remaining 16% of developers said they had stopped submitting any offers for new PPAs until they had more information.

Some EU members such as Germany are rolling out national price caps that will likely be below 180 euros/MWh, and developers in Spain "need more clarity on how the Spanish government will interpret and implement the mechanism," Lopez-Polin said.