The greater use of synthetic mooring lines will lower the cost of floating wind design and installation and reduce reliability risks, mooring suppliers told Reuters Events. 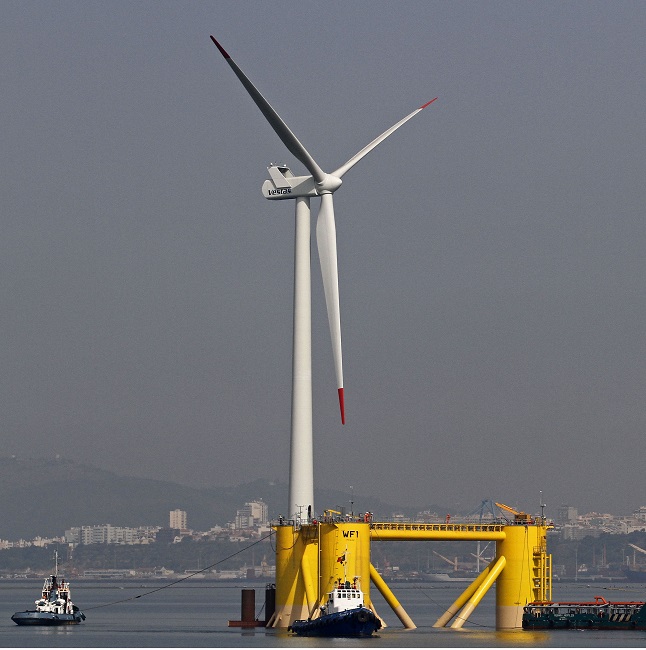 Ahead of wider commercial deployment, floating wind developers are working with technology suppliers to reduce costs.

Mooring systems can have a significant impact on project cost and performance, and several international consortia are studying unique designs for floating wind technology. US developer Principle Power has partnered with US government research groups and industry participants to develop new deep water mooring solutions. In Europe, a group of ocean specialists are developing new mooring solutions for floating wind farms. Backed by European Union funding, the MooringSense consortia aim to increase annual energy production (AEP) by 2 to 3% and reduce operating costs by 10%.

At present, floating wind projects have used conventional steel chains for mooring systems, for the top section, the main length of the line, and the bottom part that connect to anchors. Developers are now looking to replace these chains with synthetic fibres such as polyester or high modulus polyethylene fibre (HMPE), for some or all of the line, experts told Reuters Events. In some cases, synthetic fibres are already being used for limited sections.

Maximising the use of synthetic fibre ropes will be key to minimising the cost of floating wind farms, Torkjell Lisland, managing director at Seasystems, formerly Scana Offshore, said. Seasystems will supply mooring connection equipment to Equinor's 88 MW Hywind Tampen project in Norway, due online in 2022. The Hywind technology uses spar boys and catenary mooring lines and will install shared suction anchors in water depths of 260 to 300 metres, requiring only 19 anchors for 11 turbines.

Synthetic fibres will also improve reliability and several groups are developing bespoke solutions to gain a foothold in the growing offshore wind market.

HMPE solutions are lighter, offer stronger resistance to abrasion and higher strength, he said. Suppliers have improved HMPE products to reduce the "creep" of the fibre over many years of use. 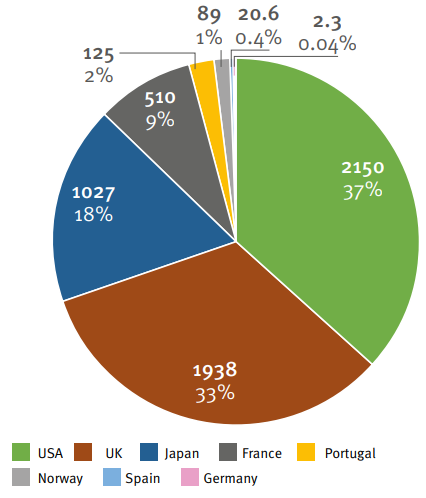 The lighter weight of synthetic fibres makes them easier to handle and install than steel, and allows the use of smaller anchors and smaller installation vessels with lower running costs.

DSM has supplied HMPE fibre to the top part of classical catenary mooring designs by Principle Power and Stiesdal and is working with partners developing the Windfloat Atlantic, Kinkardine and TetraSpar projects.

"We are identifying the value of using Dyneema in other sections, together with the designers of the floating systems," Bosman said.

For example, HMPE could be used for the full length of the "tendons" used to moor tension leg platforms, he said.

A recent study of offshore oil and gas assets found the annual probability of mooring system failure is around 0.3%, higher than typical industry targets of around 0.1%, Yongyan Wu, senior Principal Naval Architect at Aker Solutions and co-author of the study, told Reuters Events.

A windfarm of 80 to 120 turbines might include 240 to 360 mooring lines, so cost-efficient monitoring and inspection will be required, he said.

Synthetic fibres have less potential for corrosion and bending fatigue than steel chains. The replacement of chains at the top part of lines removes a key risk, Bosman noted.

“It’s a well-known fact that top chain is a major headache for the offshore industry, as these show accelerated corrosion and sometimes even fail prematurely," he said.

Going forward, the materials used for mooring systems could depend on the water depth, Tao said.

Lines with large use of synthetic fibres may only become cost effective in water depths exceeding 500 or 1000 meters, or in harsh sea environments, he said.

Developers are keen to achieve rapid manufacturing processes to maximise scalability, but different approaches will be required for different site conditions, Tim Hunter, Technology Lead for Mooring Solutions at Bridon-Bekaert Ropes Group, noted. As a result, suppliers are preparing to deliver a mix of solutions.

“It means for us a portfolio of mooring line building blocks, from steel spiral strand, polyester, nylon, high strength fibre yarns, and hybrid concepts that can be economically and at speed manufactured in a series of 200 cables,” he said.