New federal funding is set to improve the economics of solar on mining sites and provide learnings that could see wide-scale deployment. 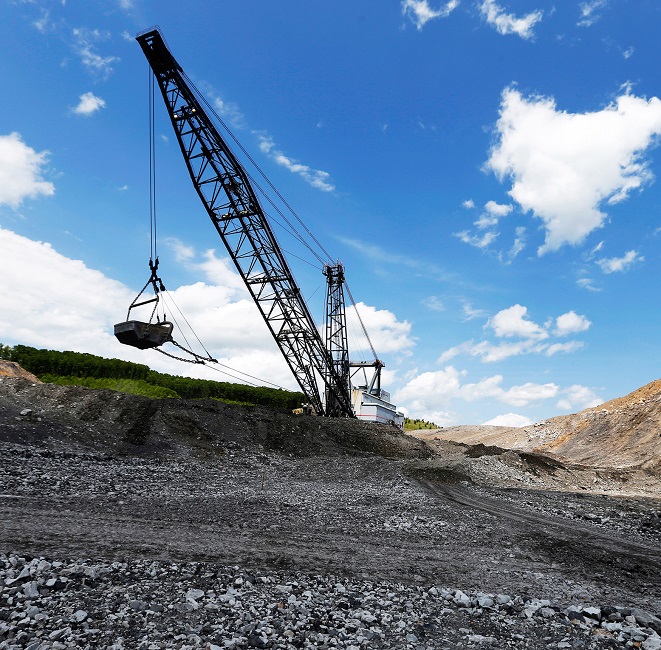 As the U.S. looks to maximise the deployment of renewable energy, the federal government is providing new support for solar projects on mining sites.

The Department of Energy (DOE) has called for projects that can demonstrate the technical and economic viability of clean energy projects on current and former mining sites that typically have little alternative uses. Funded by the Biden administration's Infrastructure Law, the DOE will allocate $500 million to up to five projects in 2022-2026. The investments will "help America's mining workforce apply their skills to grow and deploy cheaper, cleaner energy across the country,” the DOE said.

The U.S. hosts around 17,750 mining sites, offering a potential 89 GW of clean energy capacity. Currently, over 540 former mine sites could host utility-scale PV projects of more than 5 MW capacity, according to a recent report by the Environmental Protection Agency (EPA). Some operational mining sites can also be used but the most suitable land may not be accessible.

The installation of solar projects on mining sites preserves prime farmland for agricultural use and can boost local economies in regions where mining is dwindling. Some projects can benefit from pre-existing grid connections at nearby coal plants, avoiding grid connection queues and speeding up deployment.

U.S. annual solar installations must quadruple within the next few years to meet President Biden's goal of a decarbonised power sector by 2035 and the Inflation Reduction Act signed into law last month includes a 10% tax credit for projects on brownfield sites on top of a 30% investment tax credit for solar projects.

Land costs on mining sites are typically lower than for greenfield solar projects but overall costs are higher.

Developers face challenges from soil quality and permitting, and technology solutions and scale will be key to securing attractive returns.

Solar projects in operation on mining sites include a 35 MW project by Avalon Solar on abandoned mining land in Arizona, Chevron’s 1.2 MW Questa project on a former mineral project in New Mexico and Greenwood Energy’s 7 MW array on the Elizabeth former copper mine in Vermont. Sun Tribe Solar plans to build six solar arrays of capacities between 10 MW and 40 MW on former coal mines in The Nature Conservancy’s Cumberland Forest in Virginia and Tennessee. Dominion Energy is developing the 50 MW Highlands solar project on the same property. The cost of developing solar projects on former mine sites is typically 20% higher than traditional greenfield development, mainly due to greater environmental and engineering requirements and a complex distribution of estate and title ownership, Erich Miarka, Director of Development at solar and energy storage developer Savion, told Reuters Events. Savion's projects include a planned solar array on the abandoned Martika coal mine in Kentucky.

Solutions include compacting the soil by applying weight to it, and subsurface risks can be less of an issue than on landfill sites, a spokesperson for developer R3 Renewables said. On landfill sites, solar developers typically use ballasted arrays that do not penetrate the surface and these do not currently incorporate sun-tracking systems that boost output. R3 currently has 3 GW of solar plus storage projects under development, all on reclaimed mining land.

“Developers must coordinate with state regulators, surface owners, mining companies, and the old permittee in order to clear the land for renewables," Miarka said. Extra difficulties are encountered if the mining company is no longer business, he noted.

The DOE is seeking feedback from a wide range of industry and local unions and government groups on how to allocate funding so that it will best encourage private sector investment going forward.

"The selected projects will chart a course to navigate federal, state, and local rules and regulations for siting and grid interconnection, mine remediation, post-mining land use, environmental safety,..." the department said.

The funding would assist with the research and survey work needed to determine the proper technology and site plans, a spokesperson for Dominion Energy said.

Stakeholders will also have access to $11.3 billion of funding to rehabilitate mining land, ringfenced in Biden's Infrastructure Law, but the R3 spokesperson called for greater “cooperation” from federal and state regulatory agencies to bring "more previously marginal land into the renewable energy base."

As developers become more comfortable with permitting and technology, the scaling up of project capacities will drive down costs.

These solar investments will also generate wider benefits for local communities as these sites are “cleaned up and remediated and as jobs and tax revenues come back to lands that are otherwise major liabilities,” he said.