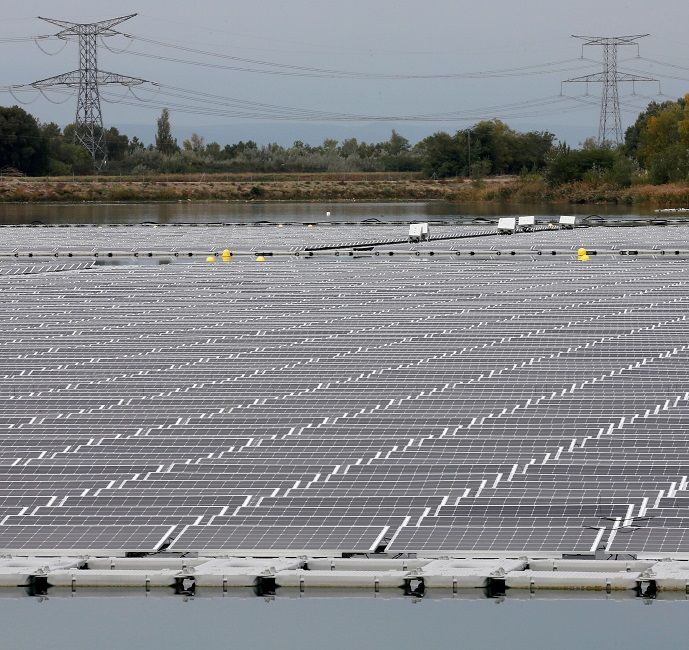 Portugal will launch its commercial floating solar market in September under new terms set out in its third national solar auction.

The government plans to allocate 500 MW of floating PV capacity in a separate auction pot as it drives towards its target of 80% renewable energy by 2030. At least seven floating solar sites will be offered and successful bidders will be allocated leases for the water areas, completed water surveys and grid injection points. Due online by around 2025, the new plants could be far larger than previous projects in Europe.

Developers will have the option of bidding for 15-year Contracts for Difference (CfDs) or fixed payments and bids will be compared in terms of their Net Present Value (NPV) for the National Electrical System (SEN), Matos Fernandes told Reuters Events.

The water leases and surveys should speed up the licensing procedure and the rents for the leases will be "long-term” and “predictable,” the minister said.

The auction should provide "competitiveness and lower energy prices, and [at the same time], long term investment return visibility,” an EDP spokesperson said.

Floating solar activity is growing as land becomes more scarce and developers look to expand their technology base. Early market activity was concentrated in Asia but interest is growing in Europe, where land availability is a major challenge.  In the US, White Pine Renewables and Noria Energy recently completed a 4.8 MW floating solar farm on a wastewater treatment plant in California.

For the floating solar auction, the NPV for CFD bids is the difference between the bid price and the estimated captured market prices over 15 years, while for fixed payment bids the NPV is the total fee.

The bids will depend on site specific conditions, such as the size, depth and seasonal variation of the water area, as well as the level of solar irradiation, Matos Fernandes noted.

Some of the reservoirs in the auction will be at hydroelectric power plant sites, allowing developers to use existing interconnectors, while others will require new grid connections. For these sites, network operators will build the additional grid capacity and the developer will build the infrastructure linking the site to the grid.

“Developers will bid simultaneously for the grid injection capacity and the concession of the water surface," Matos Fernandes said.

"Permitting authorities looking at floating solar [for] the first time need to get their head around the environmental impact of a floating solar installation on a particular water body," Chatelin said. A lack of site data creates uncertainty, particularly if the water has recreational or ecological value, he said.

Floating solar projects at hydroelectric dams face the extra challenge of extreme changes in water depth and the auction should help advance mooring and anchoring designs.

The design enhancements required at hydroelectric plants also require additional regulatory approval and this increases the cost compared to projects on lakes or other types of reservoirs, the EDP spokesperson said.

Developers will need to produce "optimal solutions for these sites," the spokesperson said.

EDP has secured approval for a 5 MW floating solar project at its giant 518 MW Alqueva pumped storage hydroelectric plant in southern Portugal and will start installation this summer. The project features 11,000 panels at water depths of up to 60 meters and builds on learnings from EDP's 220 kW Alto Rabagao pilot project, online since 2016.

With different site conditions and a choice of payment mechanisms, a clear, value-based selection process will be crucial to attracting developers.

“Auctioning processes are a good way to promote competitiveness, as long as the auctioning is for equivalent technology and the same conditions are given to all bidders,” EDP said.