Mega projects under way in the United States and Saudi Arabia show how green hydrogen plans are working through some of the trickiest potential roadblocks. 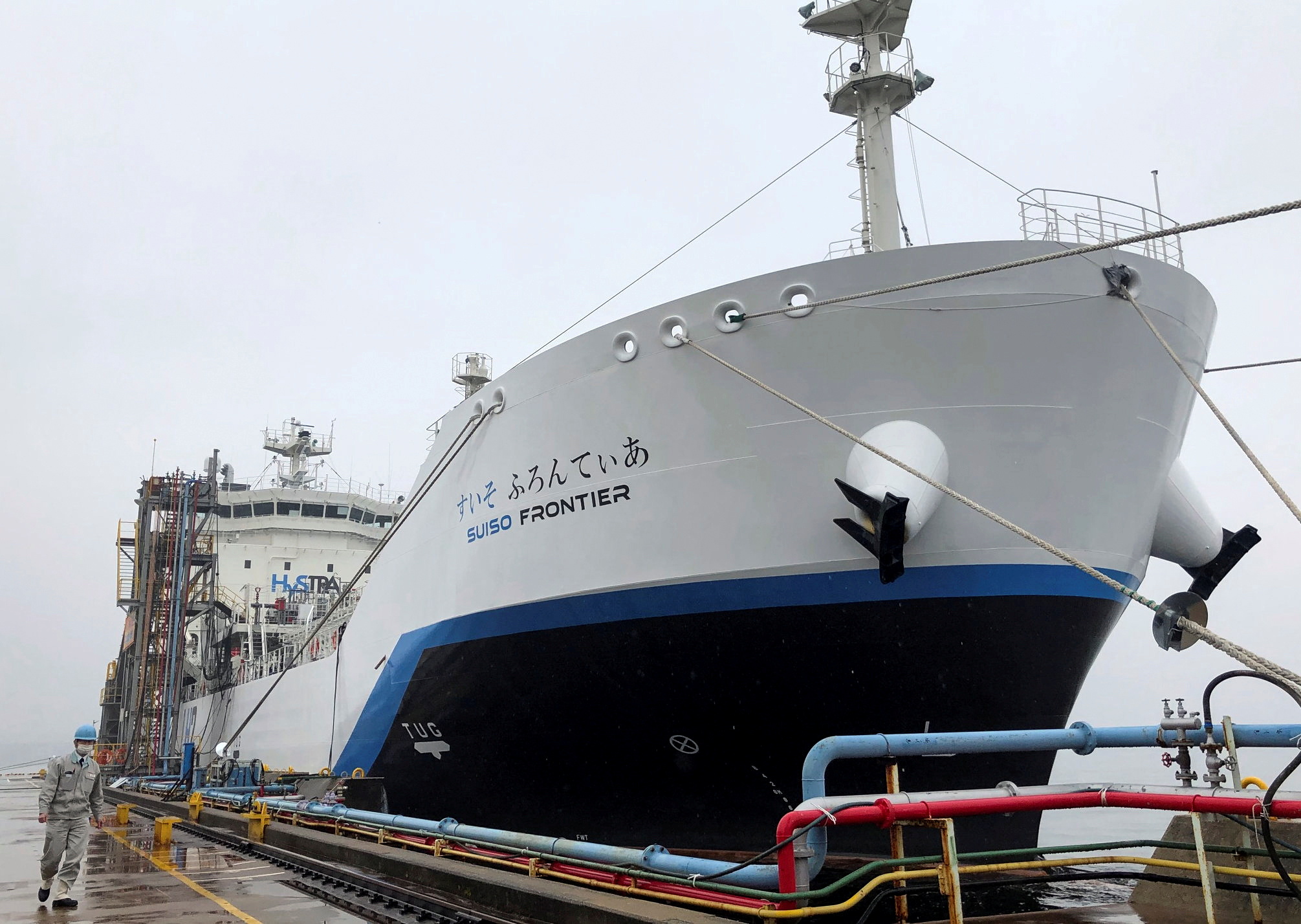 In Saudi Arabia, the Helios Green Fuel Project is producing green-hydrogen-based ammonia for easy global transportation while, in Texas, the Hydrogen City project is looking to naturally occurring salt caverns for mass storage.

In an increasingly electrified world, hydrogen produced from renewable sources can act as an energy carrier to lend resilience to power systems with high penetration of variable renewable electricity, such as solar and wind, the United Nation’s Intergovernmental Panel on Climate Change (IPCC) said in its latest report.

“Hydrogen may prove valuable to improve the resilience of electricity systems with high penetration of variable renewable electricity,” the report said.

Only around a fifth of the world’s energy comes from electricity, with the remaining relying on fossil fuels, and efforts to reduce greenhouse emissions see renewably sourced hydrogen as a back up to increased electricity use in homes and industries.

However, for hydrogen to realize its potential there are various challenges, including how to store large quantities and how to transport it economically and competitively.

Hydrogen City in Texas, which claims it will be the world’s largest green hydrogen production and storage hub, aims for a renewable capacity of 60 GW to produce over 2.5 million tons (MT) of green hydrogen a year.

The project is expected to begin operations 2026 with 2 GW of production and is looking at the natural gas industry on how to store hydrogen produced at the site.

Green Hydrogen International (GHI), which will produce the gas, eventually hopes to have 50 salt caverns at the Piedras Pintas salt dome, some of which are large enough to hold the Empire State Building, to store the gas.

GHI estimates a total of 6 TWh energy storage could be held in the caverns in the form of green hydrogen, providing a buffer of reserve energy when the wind drops and the sun fails to shine.

“There’s a 25% delta between peak sun in August and December and that seasonal variation is an issue because your off-take clients need a fixed supply of hydrogen and so, without storage, you run into that problem of how to contract your production,” says CEO of GHI Brian Maxwell.

“Your off-takers are going to need a constant supply, so we see storage as the linchpin and these salt domes are unique geological features, effectively massive batteries.”

The salt caverns will used once hydrogen production is sufficiently ramped up in later phases of the project. Phase 1 of Hydrogen City, meanwhile, will rely on the grid operator Electric Reliability Council of Texas (ERCOT) to fill the down times when wind and sun fail to power the electrolyzers.

Texas is already an energy-friendly state with decades of infrastructure and regulation tailor made for the industry. Access to salt domes, the ERCOT Electricity market, and transport hubs along the Gulf coast also make the state a perfect location, Maxwell says.

“One of the main benefits of Texas is the ability and ease of permitting for large projects like these … there’s a long history of energy production, regulation is very friendly, there’s already a huge amount of solar and wind in operation, and a known regulatory framework for pipeline and salt-dome storage permitting” he says.

In the North West Tabuk region of Saudi Arabia, on the Red Sea south of Jordan and across the Gulf of Aqaba from Egypt, the mega city of NEOM is taking shape. This $500 billion signature project forms part of Prince Mohammed bin Salaman’s efforts to diversify the economy, is expected to house a million residents, and be fully powered by clean energy.

“NEOM’s location offers multiple advantages, including the availability of stable thermal winds along the Red Sea shores and high solar yields. Technologies used for production of hydrogen and ammonia are mature, water will be supplied from a nearby desalination plant which will also serve other demands in NEOM,” says Executive Director Hydrogen and Green Fuels at NEOM Roland Kaeppner in an emailed response to questions.

The hydrogen hub will produce 650 tons of carbon-free hydrogen a day using thyssenkrupp electrolyzers, which will then be converted into 1.2 million tons of green ammonia a year using Haldor Topsoe technology.

It is scheduled to be onstream by 2026, with Air Products the exclusive offtaker of the green ammonia, the U.S. company’s Vice President of Investor Relations Simon Moore says.

“It’s hard to move hydrogen around the world, but if you turn it into ammonia, it’s much easier to transport … We think the project is innovative in its scale and innovative in the use of ammonia as a mechanism to transport the hydrogen, but none of the technologies within this step are new,” says Moore.

Scaling green hydrogen production and converting the gas to ammonia relies on tried-and-tested processes, removing any technological risk from the project.

A further challenge for the industry is stoking demand, but Moore says the company is open to customers’ needs and sees potential interest mostly from heavy transport, such as trucks, buses, trains, and, eventually, airplanes.

“For lighter transportation, passenger vehicles, a battery probably makes most sense, but when you get to the heavier vehicles, it’s really the fuel cell. This project will produce enough hydrogen to run about 20,000 city busses,” says Moore.

There are an estimated 3 million city buses in the world, giving Air Products a potentially enormous market to choose from, even before considering potential demand from long-distance trucks.

The non-alignment between green hydrogen supply and demand, or the notorious chicken and egg problem associated with new energy technologies, can be bypassed by giving customers the chance to test hydrogen tech before there is a constant supply of clean fuel.

Trials can be conducted by long distance truckers and public transport operators before they commit to large projects, helping build a customer base while industrial production of renewably-sourced hydrogen is ramped up.

“We can bring you hydrogen and we can build a dispensing station for your city’s transportation system to get comfortable with it. Obviously, today, that hydrogen is not going to be green, but the fuel cell bus doesn’t know what flavor the hydrogen is so you can get your logistics sorted out and when the green hydrogen is ready in 2026, it’s a seamless switch,” says Moore.