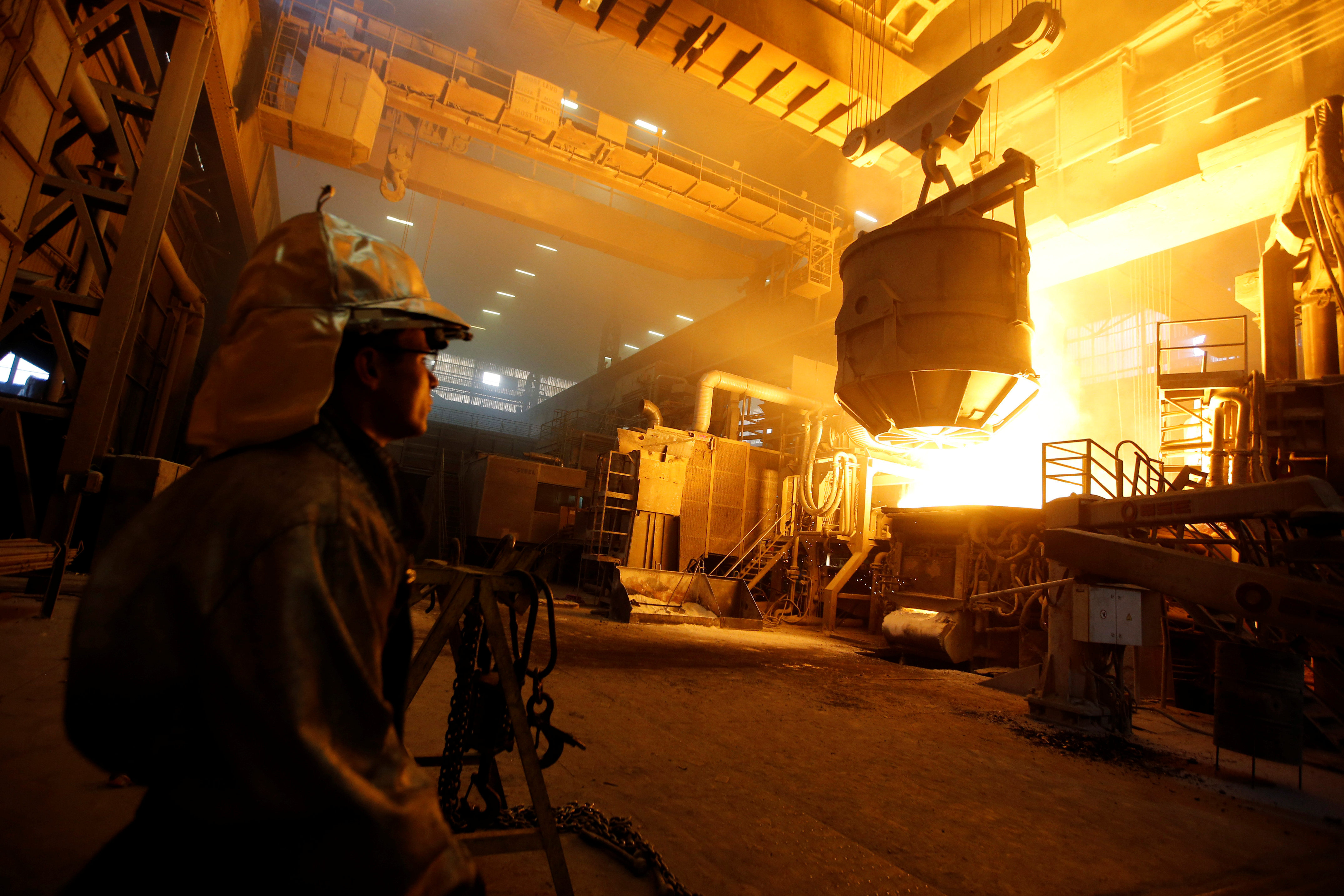 Steel is the ultimate hard-to-decarbonize industrial sector as it relies heavily on huge amounts of energy at every stage of its production, from mining iron ore to running blast furnaces.

Every ton of steel produced in 2018 lead to the average emissions of 1.85 tons of carbon dioxide (CO2), equating to about 8% of the global energy sector C02 emissions and around 25% of industrial CO2 emissions, according to the World Steel Association.

Steel is also the largest industrial consumer of coal, which provides 75% of its energy demand, according to the International Energy Agency (IEA).

The manufacturing sector, especially steel and cement, were areas of most concern when discussing decarbonizing industry, Bill Gates recently told Reuters, especially as these sectors were expected to continue growing over coming decades just as companies attempted to curb emissions.

Global carbon emissions from iron and steel production are currently at around 2.3Gt a year, and business-as-usual scenarios suggest that this could rise to 2.8Gt a year by 2050.

In Europe, carbon levies, such as through the Emissions Trading System (ETS) – the world’s first major carbon market – and the carbon border adjustment mechanism (CBAM) – a proposed carbon tariff as part of the European Green Deal – are piling the pressure on large emitters such as steel to find a path to decarbonization.

“What is currently emerging in Europe through the strengthening of the ETS, and the CBAM, puts the steel industry at a point in its history where it will have to decarbonize somewhere or another. Hydrogen is a key option to decarbonize the emissions of the steel industry,” Senior Energy Transition Specialist at Nataxis Ivan Pavlovic said during a Reuters Events webinar ‘Hydrogen and the Hard-to-Abate Sectors’.

Steel production by share of different process routes in the Net Zero Scenario, 2018-2030 Steel companies are examining a variety of options for reducing carbon emissions, but combining direct reduction of iron (DRI), hydrogen-powered electric arc furnaces (rather than the coal-fueled blast furnaces), and scrap metal are considered the most viable options to achieving a long-term solution to carbon-neutral steel production.

Currently, the iron used in the steelmaking process is chemically reduced from iron ore though fossil fuels such as natural gas and coal.

Hydrogen can also do this job as an auxiliary reducing agent in the blast furnace-basic oxygen furnace (BF-BOF), though this also produces carbon emissions that must be dealt with through carbon capture technologies, or as the sole reducing agent in a process known as direct reduction of iron (DRI).

However, as with many green hydrogen solutions, finding the massive levels of emissions-free electricity to produce it remains a challenge.

Around 6% of global natural gas and 2% of global coal goes toward hydrogen production, while less than 0.1% of global dedicated hydrogen comes from water electrolysis, according to the IEA.

If all current dedicated hydrogen production of around 70 million tons were produced through water electrolysis alone, it would require some 3,600 TWh, more than the annual electricity generation of the 27-country European Union, the IEA says.

As such, replacing fossil fuels in the DRI process with renewable energy or hydrogen is not yet cost competitive.

According to a feasibility study by the Swedish steel company SSAB, fossil-free steel, given today’s price of electricity, coal, and CO2 emissions, would be 20-30% more expensive.

The IEA’s Sustainable Development Scenario posits a 400% increase in demand worldwide for clean hydrogen to 2050 from 2020, a scale up which will need huge levels of investment.

Meanwhile, three times more hydrogen is needed to supply the same amount of energy as natural gas, which means existing gas pipelines will need an overhaul if they are to carry hydrogen. Around 9 liters of water are needed to produce one kilogram of hydrogen, a potential problem for water scarce areas.

“Adoption of low-CO2 technologies will require significant investments – up to €100 billion by 2050 – from European producers, depending on the scale of new and retrofitted facilities,” says consultant McKinsey in ‘The Future of the European Steel Industry’.

“The European steel industry needs to make both short-term operational changes and medium- to long-term strategic moves to build an economically viable and environmentally sustainable future. This will require the steel industry and policy makers to be aligned and willing to cooperate.”

German's thyssenkrupp Steel aims to be climate neutral by 2045 and, as an initial target, plans to reduce emissions from its own production and processes by 30% by 2030 compared to 2018. However, the company is under little illusion to the challenges ahead.

"Climate-neutral steel requires a change in technology, which must result in new production facilities and the expansion of a hydrogen infrastructure. This changeover requires billions of dollars of investment in new plants and the conversion of integrated sites. This will lead to significantly higher operating costs in a transitional period until the new processes are scaled up," says Marie Jaroni, Head of Decarbonization for thyssenkrupp Steel.

"However, it is also clear that in the medium to longer term, costs will fall and must be borne entirely by the market."

The heat is on

The pressure on steel makers to move away from fossil fuels is felt especially acutely in Europe where companies have not invested greatly in electric-powered Electric Arc Furnaces (EAF) compared to the United States, which have been steadily turning to EAFs in the last few decades, and China, where regulation is based on more incremental steps toward net zero in 2060.

In Europe, a carbon price that is exceeding expectations, rising demand for green steel from end users such as the automobile industry, and an increasing number of industry newcomers boasting state-of-the-art technology, have all combined to push traditional steel makers to draw up strategies to transition to green.

“In the last 40 years or so we have seen almost no new steel plants in Europe and now, all of a sudden, there are 20 projects on the table. They feel they have to but it’s a real challenge both from a capital and capability point of view,” says senior partner and expert on metals and mining practice at McKinsey Michel Van Hoey.

The financial incentives are clear.

Carbon prices in Europe soared to almost 97 euros a ton in February and, since an integrated steel mill will emit almost two tons of CO2 per ton of steel, the cost of carbon is a significant financial burden for the manufacturer.

End users are also ready to pay a premium on green metals while many transitioning companies are seeking public funding, such as from the European Union Innovation Fund, not just for increased capital expenditure but also to support the higher operational costs when using hydrogen and renewable power, says Alexander Fleischanderl, head of ECO solutions at Primetals Technologies.

“This will continue over the next few years and these three elements together make it simply viable to invest into green steel,” Fleischanderl says.