Fast and Frugal Experiments are the Way Forward

We speak to co-author of The Innovator’s Method, Nathan Furr, about how pharma can enhance innovation, decrease costs, and accelerate drug discovery time frames with fast and frugal experiments in the face of uncertainty. 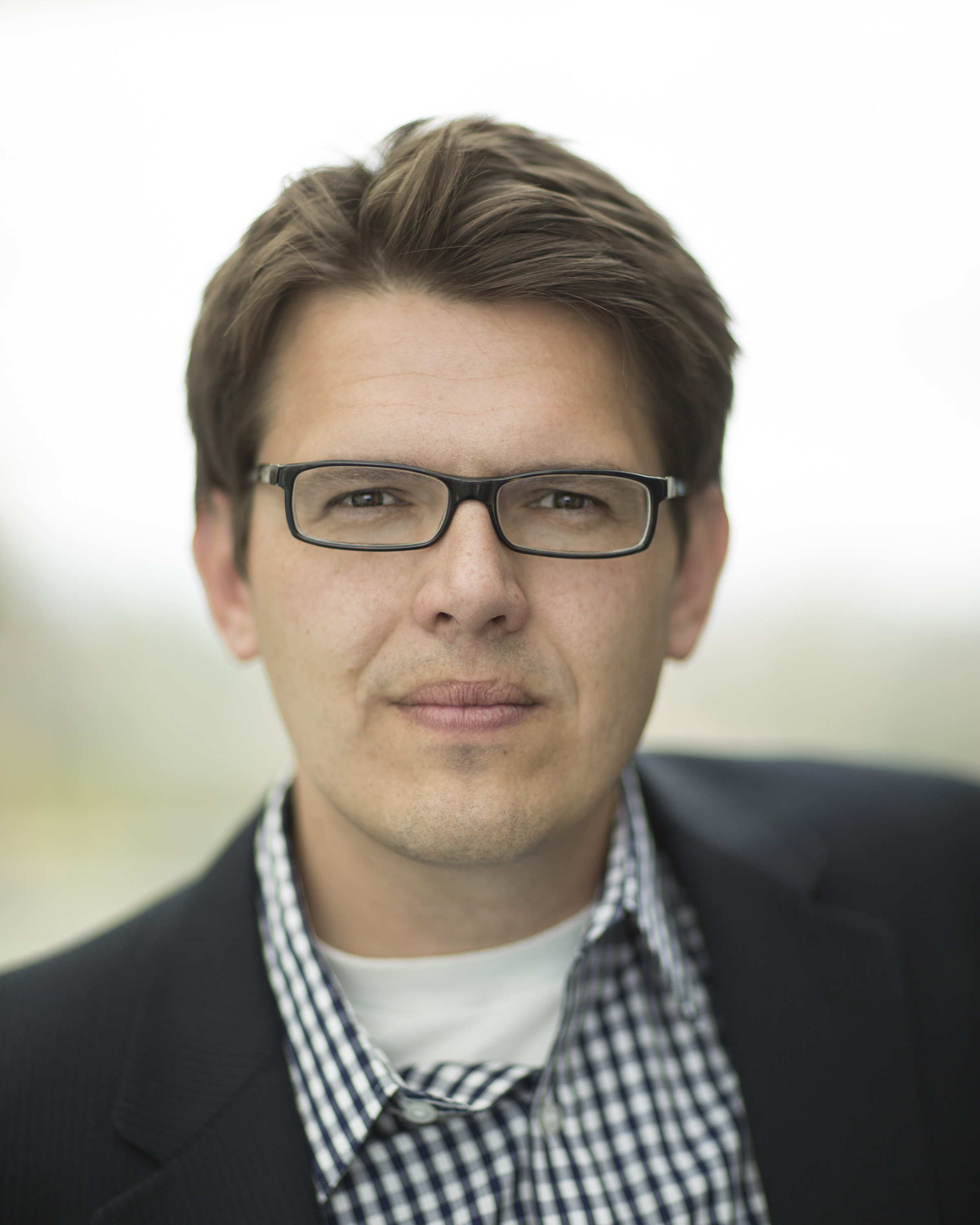 Innovation within the pharmaceutical industry doesn’t come cheap, and R&D costs per successful new drug have doubled every 9 years for the past six decades. Despite the increasing investment in R&D, pharma productivity has been declining since the 1980’s. Until 2014, when the U.S. FDA approved 40 new drugs, on average the pharmaceutical industry had been pushing out only about 22 new drugs per year for that decade - a decline from about 36 per year in the 1990’s. Forbes journalist, Matthew Herper, has calculated average R&D costs per approved drug to be between four and eleven billion dollars.

The Innovator’s Method can help teach the pharma industry some valuable lessons on how applying certain tools can systematically lower the failure rates and risks of developing new drugs. Along with co-author, Jeff Dyer, the innovation experts use findings from their research inside corporations and successful start-ups to build on Dyer’s previous success, The Innovator’s DNA. The Innovator’s Method advances the framework for generating ideas offered in The Innovator’s DNA, to the process of creating, refining and bringing ideas to market.

The Innovator’s Method within pharma 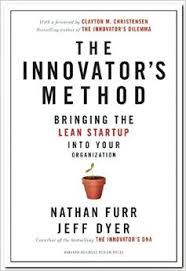 With a worldwide push for lower healthcare costs, and competition from newcomers who can offer lower-priced products, the future for today's established pharma companies depends on accomplishing two things: changing to more efficient and lower-cost R&D methods, and weeding out bad ideas more quickly. Both of those objectives relate to the way a company manages uncertainties, which is what Furr and Dyer's study of successful companies found was crucial to their quicker, low-cost ways of inventing new products and bringing them to market.

The most successful innovators find a way to test those assumptions as early and as quickly as possible, with as many low-cost experiments as possible".

Furr and Dyer were fascinated by two smaller pharma companies in particular – Merrimack Pharmaceuticals and Regeneron Pharmaceuticals, Inc. Both companies developed and brought to market several new drugs, but bucked the trend of outsized R&D budgets and long development times. Regeneron brought out 3 new drugs for about one-sixth of the prevailing per-drug cost - an average cost of $736 million each. According to the recent Forbes analysis, the average cost per drug for other companies that brought out 3 new drugs in the last decade was $4.3 billion. There is a lot to learn from how these two companies beat the trend.

Furr explains, “At the heart of The Innovator's Method, is this idea that whenever you have uncertainty, you have a set of untested assumptions - and the most successful innovators find a way to test those assumptions as early and as quickly as possible, with as many low-cost experiments as possible". In the case of Regeneron, rather than focus on one solution, scientist George Yancopoulos proposed that Regeneron invest in better understanding why treatments failed in the first place and then use better experiments to create dozens of solutions at the same time. This would require creating tools to tackle the rate-limiting factors – the accuracy and speed of experiments – in developing new therapeutics.

There are 4 steps that constitute the core of The Innovator’s Method.  Applied effectively, these steps could dramatically reduce R&D costs, which in turn would spur greater profit and innovation.

1.  Insight:  Leverage the behaviors as outlined in The Innovator’s DNA - questioning, observing, networking and experimenting – to search broadly for insights about problems worth solving (see The DNA of Disruptive Innovators: Will Pharma be Disruptors or Disrupted? for more on these behaviors). Furr explains how this step is addressed in The Innovator’s Method, saying, “We talk a lot about question-storming, and how you challenge the status-quo, and how you get outside your current framework, and we talk about observing, really looking broadly at problems. We also suggest networking, getting into other industries, talking to people in other industries to try to understand how they solve problems. You have to have some method of getting clues about where to go.”

Furr cautions, however, against moving too quickly from analysis to action. He says, “Much of the time, innovators and entrepreneurs make the mistake of assuming or leaping from the insight stage to the solution stage.  A better approach is to step back and understand what problem you are actually solving. Merrimack, who are developing cancer therapeutics, have made some really interesting innovations. They have broken down those silos between stages of development, so they have teams which follow a therapy all the way from discovery to the final stages of development, which seems really counter-intuitive, but they have had successes with this unique approach."

2.  Problem: Rather than starting with solutions, start by exploring the customers’ need or problem to ensure you’re going after a problem worth solving. Furr explains, “The key activity in the problem stage is looking at ‘what's the job to be done?’ When people go to the hardware store, they don't buy a drill because they want a drill.  They buy a drill because what they really want are quarter-inch holes. And so if you could find a better way to deliver that hole, then you would beat the drills.”

Furr continues with the Merrimack example, saying, “All the cancer therapies targeting HER2 receptors in cells are trying to increase the efficacy of blocking that receptor, but instead of just leaping to the solution, Merrimack took a step back and mapped out the entire process by which the therapy enters the bloodstream, enters the tumor, attaches to the receptor of the HER3 cell, and affects the HER3 cell. Much to their surprise, what they discovered was that, whereas many of their competitors were assuming that they needed to block the HER3 receptor, actually the most significant impact on the effectiveness of the treatment was whether you were able to get the treatment into the tumor itself. Seeing what the real problem was, they developed a therapy that is much more effective.”

They recognized that if they could create a mouse with a humanized set of genes (half of the genes have human genes attached to it), then they could use this as a platform for conducting more experiments more quickly. Today, they can prototype and test solutions more cheaply and quickly, leading to an 80% decrease in their cost of approved therapies".

Furr describes Regeneron as “fascinating.” He says, “When I sat down with George Yancopoulos [Chief Scientific Officer], he walked me through when they founded the company, and he explained that the big thing that struck them is that they wanted to produce these treatments, but there were these incredible, high-cost bottlenecks in the process. So their goal quickly became, how do we lower the cost and risk of those bottlenecks? They were literally saying ‘what are the bottlenecks in this process, how do we lower the cost?’ They went on to develop Velocimouse, which allows more rapid replacement of genes in mice for testing, and Velocigene, a mouse with a humanized genome. They recognized that if they could create a mouse with a humanized set of genes (half of the genes have human genes attached to it), then they could use this as a platform for conducting more experiments more quickly. Today, they can prototype and test solutions more cheaply and quickly, leading to an 80% decrease in their cost of approved therapies.”

3.  Solution: Instead of developing full-scale products, leverage theoretical and virtual prototypes of multiple solution dimensions, before iterating on each solution to develop a minimum viable prototype and eventually a minimum awesome product.

Furr adds, “The minimum viable prototype is the simplest, quickest physical version you can devise to test with customers.  From the minimum viable prototype, try to find the feature that's most important and actually build that.  The minimum awesome product is a refined version that seeks to be awesome on the few features that inspire customers. So, you try to make the most important dimension awesome, and test that with customers.”

4.  Business model:  Validate the go-to-market strategy. Once you’ve nailed the solution, you’re ready to validate the other components of the business model, including the pricing strategy, the customer acquisition strategy, and the cost structure strategy. The Innovator’s Method describes the business model step as determining the best way to get the product into the customer’s hands. Often, this is as counter-intuitive, but just as deceptively brilliant, as the rest of The Innovator’s Method.

Furr says, “Think about the interaction with the customer as a chain of activities rather than a single event.  How does your customer become aware of, evaluate, decide to purchase, actually purchase, and then connect with your product afterwards?” He adds, “For example, we did some work for Merck. They had developed a serotonin reuptake inhibitor (SSRI), Zoloft. Customers tended to associate specific SSRIs with a label, and Prozac totally owned the depressed label. We found that the anxiety label wasn’t owned by anybody, so Merck re-launched and re-branded around anxiety. As a result, their sales went from a couple of hundred million to several billion dollars, and that came from understanding the go-to-market strategy better.”

A new way of looking at innovation

The big question is what to do once all 4 steps of The Innovator’s Method have been completed. Furr says, “Once you've done all these stages, that's when you scale up. What it’s all really about is saying ‘I've resolved the major uncertainty’ before I scale.”

The solution The Innovator’s Method brings to the pharmaceutical industry is a method for thriving in, and managing, uncertainty. It isn’t the role of the manager to make decisions, but instead to help their team identify and prioritize uncertainties - and then to design low-cost experiments that will help solve the most important uncertainties. Regeneron redesigned the experimentation process, inventing a technology (humanized mice) that allowed it to experiment better and faster to speed innovation. Indeed, fast and frugal experimentation is clearly the way to go. Currently, pharma companies use long and expensive testing processes that start with the testing of animals and then progresses through three rounds of clinical trials in humans. Ultimately, this process costs millions of dollars and results in failure rates as high as 97%. The Innovator’s Method offers a cheaper, more pragmatic solution to accelerating innovation through experimentation and commercialising these ideas for success.