Virgil Simons, Founder of The Prostate Net on building consensus between patients and professionals via patient advocacy groups. 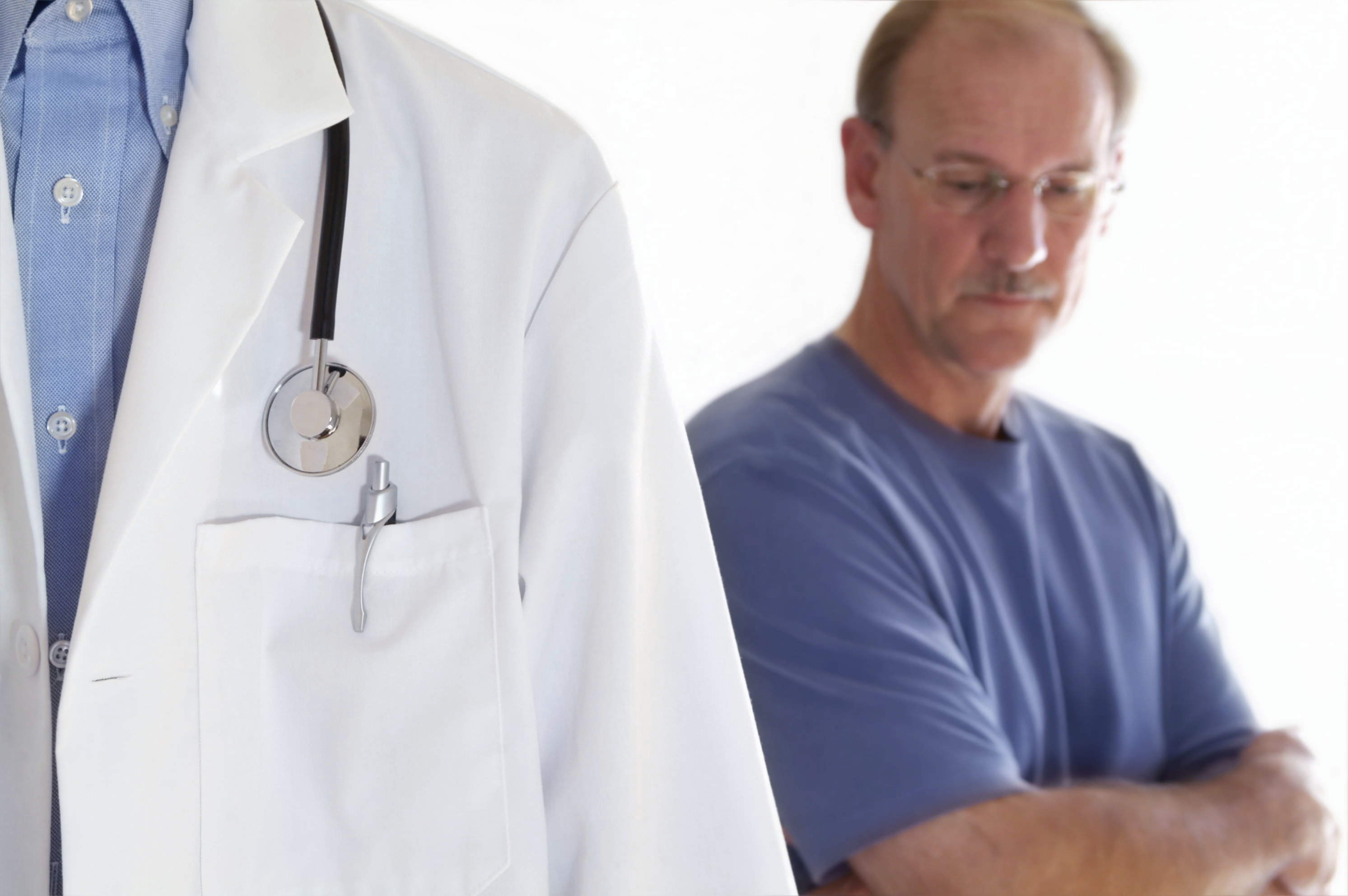 The Prostate Net, a non-profit consumer education and advocacy organization, was started in January 1996, which sees Simons having almost twenty years experience in generating awareness of disease risks and disseminating information relating to treatment options through the organization.

Simons comments that the focus in healthcare at the moment is patient-centricity where, “Patients are ultimately at the center of all actions.” Everything that has to do with patient care and the intentions of meeting the needs and desires of patients should be paramount in guiding all the actions of healthcare. “The reality in the US and particularly in Europe is that this doesn’t always happen; the reality is that increasingly actions are being dictated by financial considerations,” says Simons.

According to Simons, from the standpoint of healthcare in the US and now increasingly in Europe, “A doctor’s performance is being measured by how many patients they can see in an hour, how may diagnostics they can order up, how many procedures they do, and how many relative programs they can justify that bring revenue to the institution.” Performance is being measured as in any other commercial activity – if you meet your goals you get a bonus and if you don’t then you’re under review.

Actions based on bottom line

There has to be more of a synergy – more of a partnership, more of pharma and advocacy groups coming together to work towards mutually desirable objectives. It has been happening in the US for the past fifteen years but isn’t really happening fully in Europe.

“Pharma is no exception. Pharma is making decisions based upon their bottom line, return on invested capital, and shareholder contributions. How then do we get from this reality to a desired goal of patient-centricity?” asks Simons, adding that, “In the US, we have seen the concept of really integrating patients into the process from the beginning take hold, by having patients involved in the development of clinical trials, of patients having input to see whether these proposed innovations are what the patient really wants and if they are paramount in terms of the patient’s quality of life and expectation of survival.”

Simons asks, “Is pharma involved in terms of helping with focus groups? Are they out there getting patients to become part of clinical trials? Are they committed to building synergies with patient advocacy organizations towards mutually beneficial objectives?”

He feels that pharma has silo thinking as companies have done things a certain way for decades; that pharma is looking to use social media as a way of getting the message out there, but feels that they aren’t acting proactively. “Hiring a consultant with a web of users won’t work,” he emphasizes, “There has to be more of a synergy – more of a partnership, more of pharma and advocacy groups coming together to work towards mutually desirable objectives. It has been happening in the US for the past fifteen years but isn’t really happening fully in Europe,” says Simons.

Patient advocates have been an integral part of government-funded research since 1992 in the US. However, Simons doesn’t see where European advocates are “part of the institutional research process in terms of either reviewing research grants or deciding upon what grants get funded or where the emphasis in terms of government dollars is to be placed. There has been a great deal of emphasis on patients trying to get involved in the regulatory arena in Europe,” but that, feels Simons, “is not the only thing they can or should be doing.” 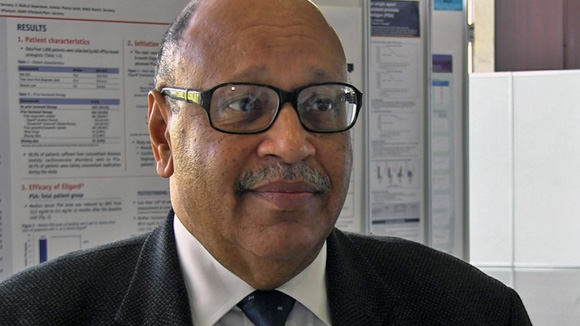 Simons feels effectiveness can be measured with regard to how patients are involved in the actual delivery of services or in the development of objectives. He says that if we look at the US National Cancer Institute, for example, “Patient advocates are involved in terms of deciding the major areas in which research should be solicited or what programs should be funded. They are involved in deciding the vision of the research programs, of developing the call for proposals, of approving the research proposals, and are engaged in lobbying with government intercessors to see that funds are being set aside for cancer research. Patients are taxpayers as well as consumers and want a more effective voice in saying how government money gets spent.”

“Every major cancer research institution in America has a patient advocate component as part of either their IRB, their clinical research program or their community outreach. Community outreach is not happening in Europe, not to the same degree and reach as in the US,” says Simons, who feels the need for more aggressive consumer groups and community health outreach to make things happen in Europe.

Community health outreach is defined as where representatives from a healthcare organization, either government or private, go out into a public community to assess the needs of the community by providing information on available services and seeking feedback on current services and areas for improvement. Simons gives the example of the Memorial Sloan Kettering Cancer Centre in the US, which has an outreach program that sets up patient cancer support groups – to inform them of new developments, services and activities. They discuss new research and work with community leaders – churches, schools, and advocacy groups, to recruit for studies. They also report back to the community on study progress and results. Memorial Sloan Kettering has become part of the community to explore what the patients want and need and engage with them to ensure they can deliver the services required by the community.

How to improve patient-centricity

Simons believes that in the US, patient advocacy is supported. While someone might have the passion to improve healthcare and to bring about awareness of health issues, Simons says this isn’t enough – the person must also have the skills of a marketer to create programs to benefit his or her constituency.

Simons also explained the Barbershop program, the role of which is to break down barriers between men and the healthcare system. The idea behind this is to encourage men to have comfortable conversations about their health and to have a conduit to getting those health needs met. Barbers have been trained to have dialogue with their clients to direct them towards attending a medical center or seeking help from government institutions that are partnered with the initiative.

The Barbershop program is running in the US, Africa, India, Australia and is starting in Switzerland. Local public health services and medical centers are linked with a network of barbers to disseminate education, increase risk awareness and promote screening and treatment.

A program which started six years ago, ‘Gentlemen Check Your Engines,’ was successful in linking health awareness with the masculine world of Harley Davidson motorcycle riders. Health fairs are held in Harley Davidson showrooms with doctors on hand to give advice. This concept was brought to Barcelona, Spain and Australia through partnering with pharma, the local public health services, participating patient advocacy groups, supporting corporations, and the Harley Davidson dealerships.

Simons also refers to a current video project which focuses on helping primary care doctors to relate to prostate cancer survivors. The rationale for this is that after treatment in an oncology ward, patients go back into their communities and are treated by local doctors who often don’t understand the patients’ specific problems related to the cancer treatment. Primary care physicians aren’t specialists in pharmacology or oncology and might not be aware that some treatments can create greater problems. For example, around 30% of men who have surgery or radiation treatment for prostate cancer will experience incontinence and/or impotence.

An advocacy group can do things that pharma and private industry can’t do alone. The idea is to build partnerships to allow these things to happen.

The video explains how to deal with self-esteem issues for cancer survivors. In the eyes of some co-workers or neighbors, survivors should not be alive – colleagues often don’t quite know how to treat them when they reappear after months of treatment, and these issues need to be addressed. People who have had chemotherapy develop what Simons refers to as “chemo brain,” where they are chronically fatigued, and motor and cognitive skills are impaired. The video explains how patients can get through this until the drugs have cleared from their system.

It is due to the above implications that Simons highly recommends advocacy groups, advising, “An advocacy group can do things that pharma and private industry can’t do alone. The idea is to build partnerships to allow these things to happen.”

Simons is critical of how pharma is working with patients groups: “I have seen some pharma companies do it well – Sanofi and Astellas have done it well.  In Europe, it is more of a joke – patient advocacy and patient-centricity are buzz words as someone in pharma is saying, ‘we have the patient in mind’ but it is not true.” He relates an experience at a conference in Berlin when a Chief Patient Officer stood up and said his company had a program for patient advocacy and a friend had received an award for this program. When Simons asked what criteria they had for the award, the man replied that they didn’t really have criteria. Simons response was that if they didn’t have criteria, how could they have a program?

Simon continues, “Pharma companies look at social media and think if they have a large number of tweets and followers they are doing well.” While social media programs can assist in recruitment for clinical trials, Simons feels there should be accountability and follow-up. He recalls speaking to a pharmaceutical director of clinical research at a Conference in Istanbul who mentioned that around 4,800 people had qualified for clinical trials. When Simons asked how many the company had enrolled, he said, “47.” Understandably, Simons wanted to know what happened to the other 4700+. He was informed that the average follow-up times from point of interest by patients and contact by recruiter was six months, as the company employed an agency to follow up on their behalf.

“Social media is not like throwing sugar at the wall and seeing what sticks,” says Simons. “Following up on messages and keeping in contact until a successful conclusion or resolution is reached is vital.” Therefore, such tasks cannot be delegated to an agency, although he acknowledges that pharma employees are very busy and are often responsible for various activities. “The chief social media officer cannot cope with being product manager too.” This, he believes, is why follow-up isn’t being completed smoothly and efficiently.

Asked what he would do to ensure changes were made should he have an unopposed platform, Simons replied that, “Government should make it mandatory for patient representation on whatever committee, agency or oversight board there is to ensure proposed funding truly meets the needs of the patient. Patients need to help set objectives for the research and suggest how it is to be communicated, along with follow-up and feeding information back to the community.” He feels there should be a continuing dialogue between entities involved to ensure the patient’s interests are met as well as the interests of government and pharma. “Meeting the needs of the patient is paramount,” he says.

“Part of the issue is that pharma can’t talk directly to consumers due to regulations,” says Simons, adding, “That is why you should have effective advocate groups so that they can talk to communities which pharma can’t do. Patient advocacy groups need to send out a targeted message to patients with a call to action, which is followed up in order to foster genuine dialogue.”