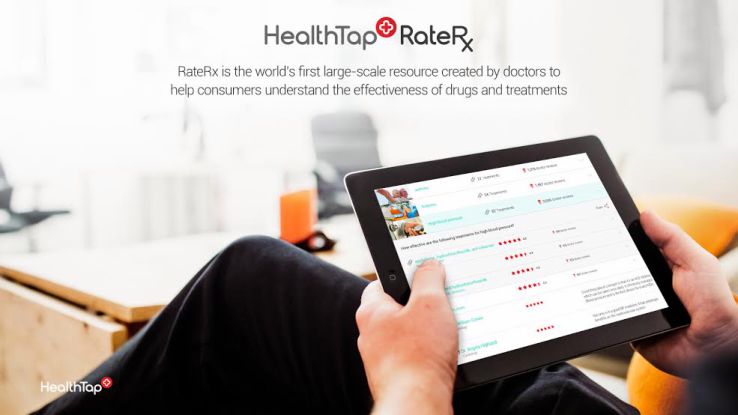 RateRx will let doctors from all over the world rate the effectiveness of certain medications for certain ailments, allowing patients to make informed choices.

In a bid to make healthcare more transparent, Healthtap, started by Stanford graduate Ron Gutman in 2010, has launched RateRx, a website allowing physicians to submit reviews of specific medications for the public to tap into. “We surveyed doctors and learned that 97% of doctors who completed the survey said they thought RateRx was useful for consumers and 90% said they thought RateRx was useful for doctors,” says Chief Medical Officer of Healthtap, Dr Geoffrey Rutledge.

At present, RateRx has over 67,000 doctors from across the United States, who have 137 specializations and whose reviews of medication can be accessed through a smartphone or computer at no cost. This allows for greater transparency as doctors can share the effects of medication on particular patients, allowing patients or prospective users to be placed into the loop of knowledge and not left to obediently take what has been prescribed by their GP.

“Healthtap's stated mission is to help people live healthier, longer, and happier lives,” says Rutledge. He adds, “Every day we receive thank you notes from our users, for the positive impact we've had on their lives. This impact is significant. To date, we've received more than 20,000 notes from users telling us that Healthtap either saved their life or the life of a loved one.”

There are a number of websites with the mission of creating greater transparency in healthcare, including PatientsLikeMe and WebMD, where both doctors and patients can post reviews on their experience of medication. Iodine.com crowd-sources patient reviews of various medications and publishes them, together with clinical trial data and pharmacists' input. There are two sides to this coin – doctors try to be objective; patient reviews, however, may not be quite as objective and there is also greater room for error. For example, a certain medication may be blamed for a symptom by a patient who doesn’t realize, at the time of submitting a review, that there may be other health factors causing this symptom.

Information on RateRx will evolve over time as drugs are adjusted and improved and new clinical trial results are published. Ratings for medication are published alongside doctor reviews, which are vetted before going onto the site, and it appears that each product gets over 60 reviews before being rated. Rutledge says, “We verify the medical licensure and good standing of every doctor in our network. Only verified doctors are able to rate treatments. All of the ratings and reviews are open to the public, and attributed transparently to all doctors and patients – so doctors are publicly accountable for their ratings. Doctors can peer review the results, and are encouraged to add their own opinions and comments. Finally, we don't charge either doctors or patients to access RateRx, and Healthtap does not allow ads on the service.”

Healthtap maintains that they gathered the drug recommendations of more than 500,000 medical doctors to create RateRx. These doctors are participating through partner networks, while the Healthtap network has 67,000 independent doctors. Founder and CEO, Ron Gutman, feels that doctors are in a good position to share views on medications as they have the training and experience in prescribing medications for patients and have seen which ones work best.

We don't know whether pharmaceutical companies embrace the results presented through RateRx, but we definitely think they should. For anyone – individuals, organizations or entities – that cares about the health and well-being of patients, and who cares about doctors too, RateRx is a great service that brings transparency to which drugs practicing doctors think are the most effective for particular indications.

The way forward is seen to be in increasing the number of participating doctors to gain an even broader base for knowledge on the efficacy of medications. This way, doctors can compare pharmacological actions of drugs and medicines approved by the FDA, without having to wait for the results of post-release research, which can take a number of years.

The beneficial effects of RateRx are potentially hugely significant in changing patients’ lives. Imagine if RateRx had been around, for example, in 1956 when thalidomide was approved for over-the counter sales in Europe. During testing, it was found that overdosing on the medication was almost impossible and the drug was deemed safe. Since it reduced morning sickness due to its anti-convulsive properties, it gained popularity with pregnant women. The birth defects it caused only came to light in 1961 – six years and 10,000 thalidomide-impaired children later. It is very likely that the link could have been established much earlier had doctors been able to compare and review medication results from patients online.

Doctors contributing to the system are asked to rate the effectiveness of the specific medications they have been dispensing to patients. They aren’t permitted to comment on a medication they haven’t prescribed. Once ratings are received, they are compared and combined into an overall score, which epitomizes the collective experience of the doctors involved. Doctor profiles, which include their training, experience and specializations, are visible on the site.

Benefits to the pharmaceutical industry 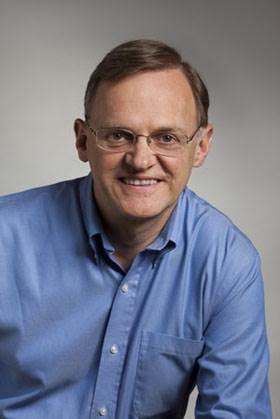 Asked whether pharmaceutical companies are embracing the website, Rutledge said, “We don't know whether pharmaceutical companies embrace the results presented through RateRx, but we definitely think they should. For anyone – individuals, organizations or entities – that cares about the health and well-being of patients, and who cares about doctors too, RateRx is a great service that brings transparency to which drugs practicing doctors think are the most effective for particular indications.”

Obviously, pharmaceutical companies might not view this trend as healthy in terms of financial rewards, as reviews could lead to the commoditization of a product – where a drug with significant attributes is equated with other brands in the mind of the consumer, who will simply take the cheapest alternative. This then weakens the power of the brand owner or manufacturer. The question is whether pharmaceutical companies, some of whom have enjoyed a monopoly in certain market niches, can reconcile themselves to this democratization of knowledge; they may have to.

Patients certainly welcome this more competitive situation. It must also be noted that many large pharmaceutical companies channel funds into the sectors they serve, often coming up with programs to assist needy communities, which a manufacturer of a cheaper alternative may not be able to do. It is a question of weighing up not only the immediate cost of medication, but the costs in terms of health outreach programs.

As a web-based service that compares and rates drug treatment options, RateRx allows patients to gain an understanding of their medications’ efficacy, and how they can save money and avoid undue stress regarding medication. Through reading reviews, they may become aware that they have neglected to inform their doctor of a pre-existing condition or discover a condition that could be exacerbating the effects of their medication. Indeed, Rutledge points out that, “RateRx is a good starting point for doctor-patient conversations about medication choices.”

In terms of pharma involvement, instead of viewing this new transparency as a threat to profits, pharmaceutical companies could undertake a rethink of their medical communications. In particular, they would be wise to focus on data that will ensure doctors are aware of all the benefits a particular brand has to offer in order to remain at the top of the ratings list.

Rutledge says,“We're delighted with the uptake and utilization of the new service so far, and we see a lot of potential in expanding it going forward. It's one of the most well regarded and most widely used services we've ever launched.” He adds, “Millions of people, and tens of thousands of doctors have already accessed RateRx, and the benefits they are citing are substantial, which can be seen through the tremendous recognition we've already received. We are overwhelmed and humbled by the positive feedback and looking forward to serving everyone everywhere with this transformative service.”

So, where to from here? It is up to the pharmaceutical companies, who have in the past relied on paid for doctor recommendations and their own creative and communication teams, to pitch their products and to search for a new direction. In future, they will need to find a way to make best use of sites such as RateRx.  Certainly, RateRx has had a beneficial affect in leveling the playing field between pharmaceutical companies and their patients.