This week, eyeforpharma presents three articles on how to improve adherence through mobile technology. In the first, Andrew Tolve examines how mobile tech can help boost adherence rates by making compliance rewarding 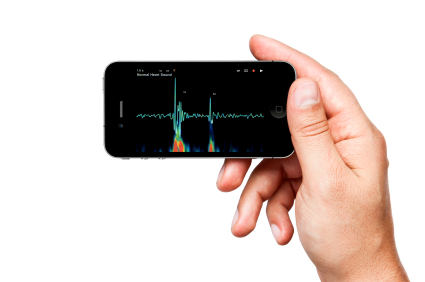 The specter of dried-up pipelines and expired patents has forced some pharma companies to pursue mergers and acquisitions. Others have tried to winnow their field forces and streamline internal operations. Still others have turned to the dream that patients will actually take their meds.

Medication adherence rates have historically been abysmally low, and those over the last few years are no exception. PhRMA 2011 reported that roughly three quarters of patients in the US fail to comply with physician prescribed treatment regimens in one or more ways.

The reality is that extending adherence rates to a drug by even a few months can translate into millions of dollars in increased revenue. “If you can boost adherence from three months to 4.5 or five months, most brands would call that a home run,” says Katrina Firlik, a Connecticut-based neurosurgeon and author of Another Day in the Frontal Lobe: A Brain Surgeon Exposes Life on the Inside. (You can read Katrina Firlik’s articles for eyeforpharma at Adherence Arena.)

But to boost adherence, says Firlik, one must truly understand what motivates non-adherence, which has proved to be a perennial head-scratcher for pharma and physicians alike. Indeed, recent years have witnessed a spate of novel campaigns that purport to be adherence solutions—texting reminders, educational handouts, websites, phone calls, pharmacy consultations, et cetera—and yet still non-adherence prevails. The problem, Firlik continues, is that most campaigns have taken “a rational approach to an irrational problem.”

Firlik is part of a growing cohort that believes that to succeed at this challenge, we have to change patients’ relationships with the experience of taking drugs—from one of responsibility to reward, from one of dire consequences (if you don’t take this, grizzly complications like blindness or heart attack will ensue) to one of fun and games. “Rather than open a medicine cabinet and see something that makes them feel old or vulnerable, [we need them to see] a vehicle for earning points, for winning competitions,” says Firlik. (For more on adherence and games, see Want to enhance medication adherence? Make it fun.)

Eyes on the prize

In 2009, Firlik co-founded a company, HealthPrize Technologies, which aims to establish a healthier, happier relationship between patients and their meds. The company’s platform awards patients points each day that they take their pills. The day could be worth five points or 100 points, and it’s totally arbitrary as to when the numbers go high or go low. “We like to sneak in high values to make it feel more like Las Vegas,” says Firlik. “If you never know, it drives you to engage and check your points.”

As patients collect points, they can go onto HealthPrize’s website and access the “Rewards Mall,” which includes thousands of items for purchase with points and e-certificates to products like iTunes and Nike. One of the prizes you won’t find in the Rewards Mall is a lower co-pay, because “people have realized that things like co-pays are really not that motivating,” says Firlik.

The HealthPrize platform includes conventional reminders to take meds via email or text, but patients can turn those off if they prefer. The company relies on self-reporting to award its points and helps to keep patients honest by verifying refills through pharmacies (the verification feature goes live in April 2012).

Besides, the occasional dishonest reporting doesn’t worry Firlik because engaging with the platform at all means that medicine is on a patient’s mind. Any time they go online to check their points, they have opportunities to engage with HealthPrize’s online educational resources, which make them more likely to take their medicines and honestly report in the first place.

The more people have access to something, the more likely they are to be influenced by it. That thinking is why so many companies, products, and brands find mobile such an alluring phenomenon. Suddenly they can reach and engage customers any time, anywhere.

In this respect, Firlik believes that the mobile component is of utmost importance to address adherence, as it makes adherence constantly “top of mind.” She stops short of supporting independent mobile adherence devices, as she feels they’re somewhat redundant in the smartphone age, not to mention impractical when dealing with non-adherent patients. “Linking to a device takes a problem that’s already complicated and makes it more complicated,” she says.

Smartphones, on the other hand, are very straightforward. Medication adherence companies can simply create an app that opens up a mobile portal to their platforms. In HealthPrize’s case, whenever patients take their meds, they can pull out their phones and hit a button called “Reward Me.” They also can check their points online and glance over the Monthly Leaderboard Competition, which awards the top point getter with a prize each month.

In a current asthma and COPD pilot study, Firlik says the company has discovered “a good number of zealots” who check in regularly to see how they’re performing. The average number of logins for everyone participating in the pilot is 10 per week. “Clearly, any company that wants to maximize their engagement with patients these days has to go mobile,” says Tom Kottler, HealthPrize CEO. “You need to meet people where they are, and they’re not always at their desks.” (For more on pharma and mobile technology, see Special report: Mobile apps and pharma and The Future of Pharma Series.)

HealthPrize has already generated a good deal of traction in the pharma industry, despite the fact that its first pilot is yet to be completed. The company has signed major service agreements with three large pharma companies and has outstanding pilot proposals with numerous others.

Firlik recognizes that if her company’s solution, or that of other medication adherence start-ups, is to garner sustained attention from pharma, however, it must deliver on more than just the good intention of improving patients lives. “From my position as a physician and surgeon, this is ultimately about helping people,” she confides. “But from a pure business perspective, you have to be able to prove ROI.”

Though HealthPrize’s first pilot is still in process and thus hard numbers are inconclusive, Firlik says that solutions like hers will ultimately prove their bottom line value in two ways. First, they’ll increase adherence to a brand by at least a few months. Second, they’ll influence physician prescribing behavior since physicians react positively to brands that come coupled with adherence campaigns.

A Consumer Reports survey in February 2011 found that nothing irked doctors more about their patients than noncompliance with treatment recommendations. Thirty-seven percent of surveyed physicians reported that noncompliance impacted their ability to provide optimal care “a lot.” “They hate [noncompliance],” says Firlik. “It’s very demoralizing and makes them feel like they’re wasting their time. They do all the tests, tell the patient ‘Here’s the right drug’, and then patient goes off it in three months.”

Firlik believes that when you combine these ROIs with the industry’s moral responsibility—pharma companies are supposed to be in business to improve patients lives—you arrive at a compelling solution. “If (pharma companies) believe their drug works, they should be pushing adherence as hard as possible and by any means possible, so outcomes are realized in the real world,” she concludes.

For more on adherence, join the sector’s other key players at Patient Summit Europe on May 29-30 in London.