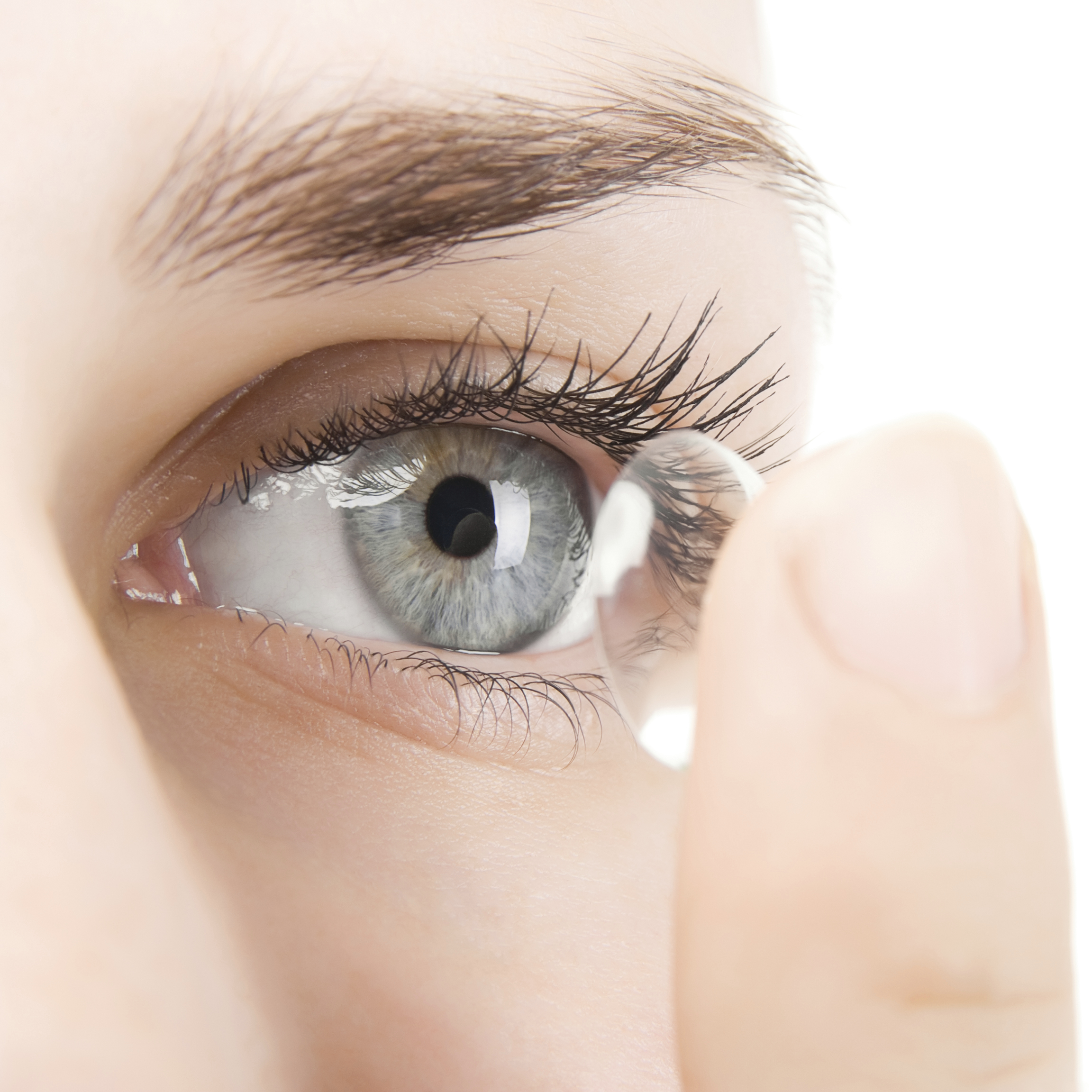 Novartis aims to enhance the ways in which diseases are mapped within the body and ultimately prevented, going beyond the confines of traditional disease management.

Nanotechnology fascinates as devices become increasingly smaller and connections between disparate problems are made. But who would have thought that a contact lens to improve vision could monitor glucose levels for diabetics?

Brian Otis, together with Babak Parviz, led the team that was responsible for designing a smart contact lens that can measure glucose levels by analyzing the liquid in the eyes. “Over the years, many scientists have investigated various body fluids - such as tears - in the hope of finding an easier way for people to track their glucose levels. But, as you can imagine,” they write on Google’s official blog, “tears are hard to collect and study. At Google[X], we wondered if miniaturized electronics - think: chips and sensors so small they look like bits of glitter, and an antenna thinner than a human hair - might be a way to crack the mystery of tear glucose and measure it with greater accuracy.”

Google and Novartis team up

Novartis has teamed up with Google[x] to move this new and innovative technology from the lab to the marketplace.“The device for diabetics would measure glucose in tear fluid and send the data wirelessly to a mobile device. The technology is potentially life-changing for many diabetics, who prick their fingers as many as 10 times daily to check their body's production of the sugar,” say Google. The design of the contact lenses is ingenious: “The chip and sensor are embedded between two layers of soft contact lens material. A tiny pinhole in the lens allows tear fluid from the surface of the eye to seep into the glucose sensor. The prototypes we’re testing can take a glucose level reading once every second,” they report.

Novartis are enthusiastic about their new cooperation with the world’s leading search engine provider, which is organized through their eye care subsidiary, Alcon. “The agreement marries Google's expertise in miniaturized electronics, low power chip design and micro fabrication,” they declare in a recent press release, “with Alcon's expertise in the physiology and visual performance of the eye, clinical development and evaluation, as well as commercialization of contact and intraocular lenses.” By pooling expertise in this way, Alcon seeks to further enhance product innovation based on Google's "smart lens" technology.

The team behind the smart lens

Zenghe Liu, the inventor whose name appears on the US patent application for the smart lens -Microelectrodes in an Ophthalmic Electrochemical Sensor - has worked at Google[x] since January 2012, and has considerable knowledge of glucose biosensor development, as gained in over 13 years of industry experience. His inventions have already been used in Freestyle glucose testing strips, which are designed for quick and easy testing of blood glucose levels, as well as in sensors, such as the Navigator, which can be implanted under the skin of a patient. The Navigator is a much-acclaimed monitoring device. Richard Weinstein, MD, who has written a paper in this area, reports that, “Measurements with the FreeStyle Navigator system were found to be consistent and accurate compared with venous measurements made using a laboratory reference method over 5 days of sensor wear (82.5% in the A zone on day 1 and 80.9% on day 5).”

However, these implants can be uncomfortable too. In his article,‘The Benefits of Implanted Glucose Sensors,’ published in the Journal of Diabetes Science and Technology, David Klonoff, Md., FACP, wrote, “Based on currently available glucose sensing technology, implanted glucose sensors offer the best combination of features of all types of continuous glucose monitors. Continuous glucose monitoring can be applied to a variety of situations, including management of diabetes, as well as treatment of trauma patients and other people with temporarily elevated glucose levels.”

Klonoff also recognizes the limitations of implants, which can be quite severe.  “Implanted glucose sensors have limitations,” he writes, “and require engineering advances to match the accuracy of many established physiological monitors. Many of these advances will likely utilize nanotechnology.” His prediction of the growing importance of nanotechnology was spot on – but who would have thought that contact lenses could become the vehicle for this “implanted” glucose sensor, easily removed when it suits the wearer.

It was Liu who was responsible for formulating the sensing and membrane chemistry that made the creation of a contact lens sensor possible. The main problem was to compensate for the challenges due to the low volume and low concentration of glucose in the fluid of the eye.

How did Google do it?

Google have explained some of the scientific and technical advances that were involved in developing this exciting new product: “First, we got rid of all the unnecessary components and shrunk only the most important ones onto a really tiny chip. To do this, we had to completely redesign them — and in some cases, build entirely new tools to make the components. Then, instead of mounting the components on a typical fiberglass circuit board, we mounted them on a very thin, flexible, plastic-like film.”

Measurements from the tear fluid in the eye will be wirelessly transmitted to a mobile device – such as a smartphone – for review by the person with diabetes and by their doctor. Once this technology comes onto the market place, it will not totally replace various systems in place to regulate blood sugar like food diaries or the various apps such as Diabetes Buddy, Diabetes Log, Glucose Buddy, Logfrog DB or Diabetes Pilot. By using common sense, it is advisable for people to monitor what they eat and not allow for large spikes in levels, although the smart lens will soon let them, and their doctor, know if there is a problem.

Success would allow Novartis to compete in a global blood-sugar tracking market that is expected to be worth more than $12 billion by 2017.

As of May 2015, pre-clinical testing and evaluations of the prototypes have already been carried out. It is now a question of waiting for patents to be finalized, and for critical FDA approval before Alcon can proceed to bring the vision to reality. Alcon is licensing the technology for Google’s “smart lens” to cover all ocular medical uses. This is, however, subject to the antitrust laws that apply to virtually all industries in the United States, prohibiting various practices that restrain trade. “It’s early days,” according to Google, “and there’s still a lot more work to do to turn this technology into a product that people can use. We have completed multiple studies that test the comfort and functionality of the lens and explore how tear glucose correlates with blood glucose, particularly in people with diabetes.”

In addition, there are other possible uses for the technology.“Another possible use of the technology,” Google claims, “would be to provide near-focusing capability for intraocular lenses that are implanted during cataract surgery. This would benefit people with presbyopia who would otherwise need reading glasses.”

Mitigating against the sole use of the smart lens as a means of glucose control is the problem that all contact lens wearers have to contend with at some stage, and that is eye-infections, during which time lenses cannot be worn. Also, during the early stages of influenza, one is advised not to wear contact lenses, and during pregnancy there may be changes that affect the cornea, resulting in contact lenses becoming irritating or vision being blurred – again resulting in shorter periods in which they can be worn, or sometimes preventing lens wear until the eye has returned to normal.

So, while the smart contact lens can be seen as a convenient device, which will change the lives of many when it comes to the market, people with diabetes should always have a backup system in place.

“Success would allow Novartis to compete in a global blood-sugar tracking market that is expected to be worth more than $12 billion by 2017,” according to research firm, GlobalData. Indeed, the American Diabetes Association figures for 2013 show that the diabetes epidemic is costing $245 billion annually in the US, after lost productivity, utilization of health resources and financial implications are taken into account.

When will smart lenses be on the market?

In July 2014, Chief Executive of Novartis, Joe Jimenez mentioned that that the smart lens could be available in about five years. So we have another four to wait if his prediction is correct. According to a World Health Organization report, 9% of adults aged 18 and over globally were suffering from diabetes in 2014, and one and a half million deaths were directly attributed to diabetes in 2012. Every life is precious and, if the Google Novartis collaboration can help avoid these deaths, then all the effort will have been worth it.