Which Is More Important for Commercial Success: First to Market or Best in Market?

Many of our Clients have been saying how hypercompetitive their markets have become. This is especially true in Diabetes with the newer classes as well as in Oncology, Cardiovascular and other therapy areas. 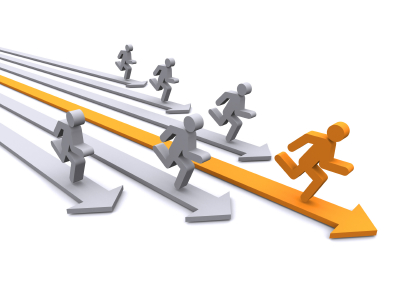 There are a lot of fairly similar products competing. Clearly, many companies are releasing similar drugs at similar times in growing therapy areas and it seems like everyone is using the same data to make the same decisions, which is making life more challenging for all players.

This raises the question, “Which is more important for long term commercial success: being first to market or being best clinically?”

If we look back historically, being best or clinically superior tends to be a marker of commercial success. Let’s take Lipitor as a case in point. It was 5th to market and launched 9 years after the first in its class (Mevacor); however, it went on to capture double the peak annual sales of the others in the category and showed that the therapeutic advantage it conferred transferred into strong commercial success.

Is this always the case though? It is an important question for Pharma execs with a limited budget and many compounds to decide between funding. You may have great promising compounds in Diabetes, Oncology, Alzheimer’s and many more, but what if you cannot afford to commercialize them all? What are the key factors that influence the resulting commercial success of a compound?

A study conducted by BCG and reported in Nature, June 2013, examined the relationship between timing of market entry, therapeutic advantage and commercial success for drugs in the same therapeutic class. They examined drug launched between 1990 and 2010; due to the market changes happening, they were only examining classes in which there was a launch between 2005 and 2010 to try and capture the more recent market events.

They only included drugs that had at least one drug in the class with significant sales, and by significant I mean drugs that achieved $600 million plus annually. They also excluded categories with unusual dynamics, such as HIV. As a result, they ended up with 15 therapy classes and 53 products. The result: slightly better to be first.

So, being first to market is good but not sufficient if low in therapeutic value. Even if a drug was first, if it had average therapeutic value, it only achieved 40% of best case results even if launched first. The value drops to 10% if the drug was launched after one or more were marketed. Therefore, if you can be first, do it. If not first, then you had better seriously outperform therapeutically and, even then, you will still be likely to lose 12% of achievable value.

Now, if you are not first market, how long can you wait to launch and still be in the game?

The study examined this also by looking at follow-on entrants again as a function of timing and therapeutic advantage. To be a follower and commercially successful, you need to launch within 2 years of the first one or value drops. If you launch 2-5 years following the first one, you only achieve 38% of achievable value and more than 5 years, you slip to around 17% of achievable value. These are drugs with strong therapeutic value but a similar pattern was noticed with average achievers in therapeutic value.

Nevertheless, there are other factors outside straight launch order, timing and therapeutic advantage which can influence these results. These were listed as:

1.      Nature of therapeutic advantage – and if very strong, it can trump the other factors (for example: significantly better in a patient subgroup); also if its indication is wider in situations where diagnosis is unclear (e.g. Abilify is an Antipsychotic, but with approved uses in Schizophrenia, Bipolar Disorder, Depression and irritability associated with Autism). Therefore, commercial success comes rapidly if it qualifies with this exceptional factor.

2.      Having a distinctive dynamic of the drug’s mechanistic class.  Some classes have several drugs with the same mechanism of action and are often cycled between when the initial therapy fails. Examples of markets like these are SSRIs, atypical Antipsychotics and TNFs for autoimmune diseases such as RA and Psoriasis. Due to the size of these markets, a late entrant can still have fairly low penetration and still achieve $2 billion in peak sales (e.g. Cimzia, which was launched a decade after the others and has low penetration but is expected to be at $2b peak sales in 2020).

3.      Strong marketing and use of analytics can improve results of a launch. An example of this is Toviaz by Pfizer which was 5th to launch, a decade after the best in class (Detrol – also Pfizer), and 4 years after the existing market leader, Vesicare; however, Pfizer’s strong performance in sales and marketing has allowed it to carve out a good niche and projected peak sales are $600 million, which gives more than the third and fourth entrants, although well behind the first and second.

If you are tasked with deciding on which drugs to fund, and you have late entrant ‘me too’ brands without a strong commercial success factor behind them, you may want to prune them out rather than spending so much to get them to launch and beyond. The authors suggested companies ask themselves 3 questions:

• Do we have a realistic chance of being first in class?

• If not, can we follow quickly (within 2 years) with a drug that is going to be equal to or better than the first-in-class entrant in terms of therapeutic advantage?

• If not, are we in a position to exploit one of the three exceptions? And if so, how?

Of course, you may be well ahead in development compared with competitors, and able to know you are going to be first in class. Nonetheless, you cannot be certain that you will be best in class when you begin as you need all clinical data to be completed before you can ascertain that.

Something else that occurred to me when reading the study was, “how do we define class?” If we think about Lipitor and Abilify, two of the drugs mentioned as examples, Lipitor is a Statin and in a class with other Statins with the same mechanism of action. Abilify is an atypical Antipsychotic, which is a fairly vague definition of class. If we think about new competition rearing its head - Pradaxa, Xarelto, Eliquis and Warfarin - are we talking about the same class (Anticoagulants) or 2 classes (VKA and NOAC), or is it 3 classes (VKA, NOAC and  FXai)?

Consequently, this is really all about demonstrating value beyond what the physicians and patients already have access to, and that value must be clear to the target doctors, patients and payers. The drugs with potentially higher value (to the company and to the customers) should be prioritized.  How you determine this value should include factors that are likely to increase or decrease the value, and that is probably the key challenge to overcome.

Questions or comments? You can share you thoughts with our audience in the comments section below, alternatively you can email the author directly at abates@eularis.com.