A paradigm shift in developing treatments for patients with Alzheimer’s disease is about to be set into motion following the publication of draft guidelines issued by the FDA. 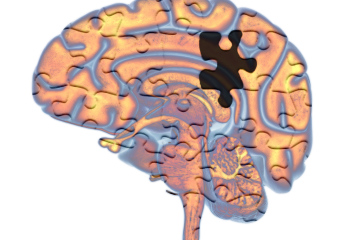 The proposal which exists in draft format and entitled Guidance for industry, Alzheimer’s disease: Developing drugs for the treatment of early stage disease, encompasses the FDA’s current thinking regarding the way researchers can identify and select patients with early Alzheimer’s, or those who may be at risk of developing the disease, for involvement in clinical trials.

“The scientific community and the FDA believe that it is critical to identify and study patients with very early Alzheimer’s disease before there is too much irreversible injury to the brain,” explains Russell Katz, director of the Division of Neurology Products in the FDA’s Centre for Drug Evaluation and Research, “It is in this population that most researchers believe that new drugs have the best chance of providing meaningful benefit to patients.”

For medicines tailored to treat patients with overt dementia the FDA requires that the drugs show not only an effect on abnormal thinking but also how well patients function. The core aim for these trials therefore is to ascertain that any advantageous effect on thinking is associated with a clinically meaningful outcome for the patient.

On the downside however, because patients with early Alzheimer’s disease have little or no deficiency of mental functioning, it is challenging to evaluate differences in function in these patients, muddying the waters in determining if a given treatment’s effect is clinically important.

The FDA is seeking public comment on the draft guidance and will consider the information received from the public in finalizing the guidance document.  Follow the link for instructions on how to submit comments: https://s3.amazonaws.com/public-inspection.federalregister.gov/2013-02863.pdf

“This draft guidance is intended to serve as a focus for continued discussions between the FDA and pharmaceutical sponsors, the academic community, advocacy groups, and the public,” added Katz, “The FDA is committed to vigorously addressing Alzheimer’s disease and will work with industry to help develop new treatments in this early population as expeditiously possible.”