Dairyland Power Cooperative (DPC) has transferred control of its 50 MW La Crosse boiling water reactor (LACBWR) to EnergySolutions to complete decommissioning by 2020 and focus its resources on energy supply. 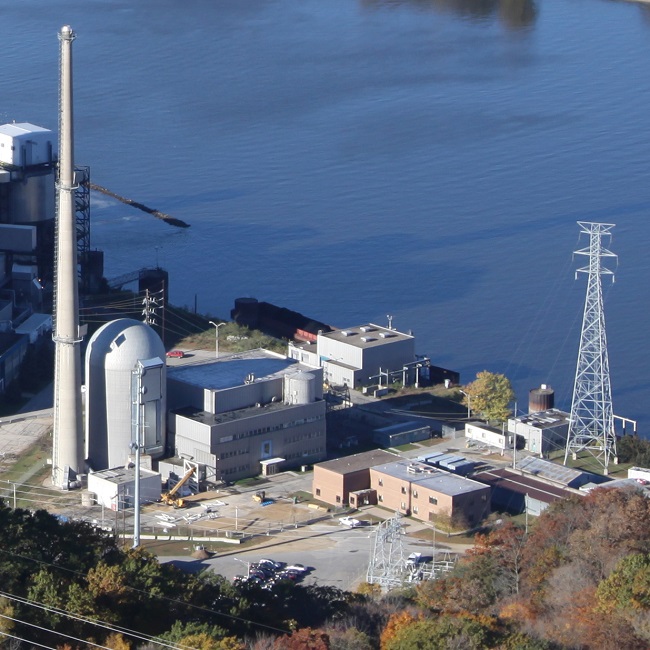 While a surge in U.S. plant closures has led to calls for changes to exemption regulations for post-shutdown operations, DPC is moving ahead with the decommissioning of its LACBWR plant to optimize costs and accelerate the removal of radiological risks.

The Nuclear Regulatory Commission (NRC) approved June 1 the license transfer of LACBWR to LaCrosseSolutions, a subsidiary of ES. The license termination plan was submitted to the NRC on June 27 and NRC expects to give its approval by late 2017.

Dairyland Power Cooperative (DPC) had planned to complete decommissioning of LACBWR by end 2025, excluding the Independent Spent Fuel Storage Installation (ISFSI), but that timeframe was shortened by five years by handing over the license to EnergySolutions (ES). The transfer allowed DPC to focus on its operational energy portfolio.

DPC shut down LACBWR in April 1987 after 20 years of operations, placing it in safe storage (SAFSTOR) and obtaining a Possession-Only License (POL) from the NRC in August the same year.

In September 2012, the used nuclear fuel was transferred to an ISFSI at a standalone facility at the south end of the power plant site. The spent fuel assemblies from the reactor are stored in five dry casks within the ISFSI.

“Although there are nuances to each facility, it is largely the same process,” she said.

Dismantling activities have been taking place at the site since 1996 and while DPC has gained experience in early stage decommissioning work including transfer of spent fuel to the ISFSI, it has chosen to focus on its core business of energy supply, Olson said.

Transferring decommissioning work to ES would propel the project “to the finish line,” she said.

By the end of 2015 a total $55.4 million had been spent on the decommissioning of LACBWR, in 2015 terms based on 4% annual cost escalation, according to documents published by the NRC.

The largest spending was seen in 2006, at the height of the Reactor Pressure Vessel (RPV) and waste removal work, when $16.9 million was spent.

The site-specific cost estimate to complete the decommissioning of the plant was $84.7 million at the end of 2015 and responsibility for administering the funds has now shifted to ES. 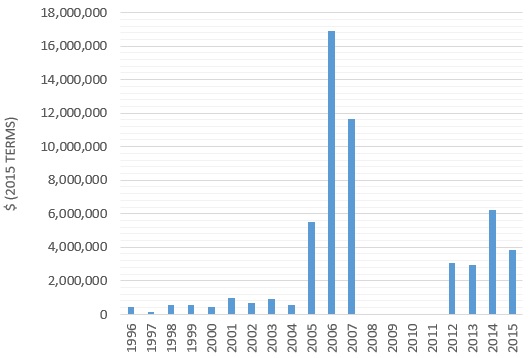 Under the license agreement, DPC remains responsible for the operations, maintenance and security at the ISFSI site. In its ISFSI decommissioning funding plan submitted to the NRC on March 14, DPC estimated costs at $994,103 and confirmed accumulated funds totalled $1.9 million at the end of 2015.

ES has provided a range of decommissioning services in the U.S., from initial planning to site remediation at plants including Yankee Rowe in Massachusetts, Connecticut Yankee and Big Rock in Michigan.

The firm is the only non-utility 10CFR50 license holder in the U.S and has already used a license-stewardship model to decommission Exelon Corporation’s 1040 MW PWR Zion Nuclear Station in Illinois.

ES has also already completed decommissioning work at the LACBWR site as it was contracted by DPC in 2007 to facilitate the removal and disposal of the LACBWR Reactor Pressure Vessel (RPV) and transfer other non-fuel waste to a disposal site in South Carolina.

The faster reduction of radiological risk is seen as a key benefit of accelerated decommissioning. John Sauger, ES’ Executive Vice President of Decontamination and Decommissioning Operations, said the firm’s expertise and experience as a licensee provides operators “with cost and schedule certainty.”

ES does not expect any particular decommissioning challenges at LACBWR and the approach would be similar to the model used at Zion and could form the basis for subsequent decommissioning projects, Sauger said.

Under the decommissioning schedule outlined by stakeholders at a public meeting in December 2015, all component removal, building demolition, transportation and disposal of radiological waste, as well as site remediation is to be completed by end 2018. Final status surveys are scheduled for completion in early 2019.

LaCrosseSolutions will transfer the License back to DPC when decommissioning is complete and DPC will continue to manage the ISFSI with costs incurred covered by the U.S. Government, which is contractually responsible for the storage and disposal of spent nuclear fuel removed from reactors.

While DPC moves forward with its decommissioning plan, the NRC is conducting a formal review of exemption procedures required during the transition from operations to decommissioning.

The Nuclear Energy Institute (NEI) has argued the exemption rules are denting operator profits and draining the resources of the NRC.

The NEI has urged NRC to move faster and implement a limited-scope rulemaking based on existing regulation, ahead of a wider review of the regulatory framework.