The accelerated decommissioning of Swedish nuclear power plants requires operators to tackle potential skill gaps in the shift from operations to dismantling and prepare for a surge in demand for waste technicians, industry experts said. 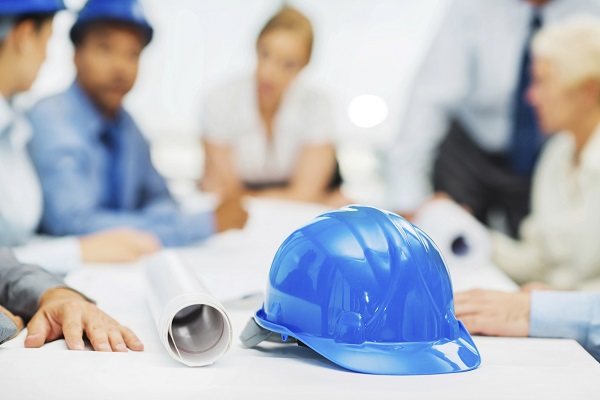 In addition, OKG’s Oskarshamn 2 (O2) plant, which had been slated to resume operations in December 2015 following an extensive 18-month modernisation program, will not be restarted. The OKG company is owned by Germany’s E.ON, Finland’s Fortum and Sweden’s Karlstad municipality. Since the start of 2016, E.ON operates its generation assets under a new subsidiary called Uniper.

OKG CEO Johan Dasht has acknowledged the challenges in converting an operational workforce to new roles in the compressed schedule to closure.

“An orderly and planned closure of O1 is conditional upon having motivated employees that are fully focused on production up to the date of closure, but who must also be focused on new assignments in other modes of operation,” Dasht said in a statement February 16.

Sweden’s nine nuclear plants provide around 40% of the country’s electricity, of which Oskarshamn’s O1 and O3 together contribute 10%. Sustained low electricity prices combined with hikes in nuclear generation taxes have led to falling profits and prompted the closure of four Swedish plants by 2020. 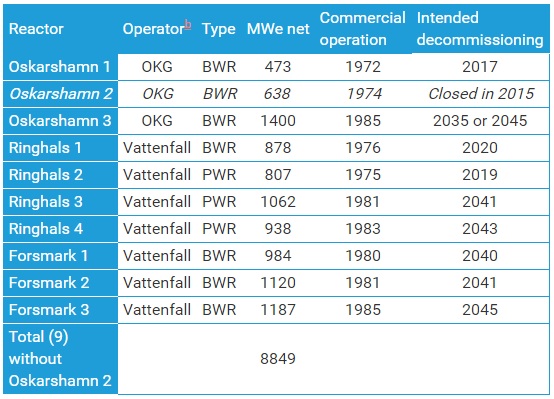 Although both 600 MW reactors at E.ON’s Barseback plant were shut down in 1999 and 2005, experience of decommissioning nuclear power plants is limited. The Swedish Radiation Safety Authority (SSM) does not expect radioactive waste removal from Barsebäck to begin until 2020 when expansion of the Forsmark waste repository is complete.

Swedish industry sources indicated that the previous lack of demand for decommissioning skills could create a shortage of expertise.

The Swedish Nuclear Fuel and Waste Management Company (SKB), which is owned by Vattenfall (36%), Forsmark (30%), OKG (22%) and E.ON (12%), recognises that using existing knowledge of repairing and modifying operational plants will underpin initial activities to dismantle and then decommission.

Uniper spokesman Torbjorn Larsson told Nuclear Energy Insider that preparations to dismantle O1 and O2 in 2019 have begun. Uniper’s Decommissioning Preparation Project (DDP) aims to have the sites designated as brown field by 2027.

“We have strategies and knowledge on how to perform the transition from operations to decommissioning. We also have experience from the decommissioning project at the Barseback nuclear power plant, which is another Swedish plant owned by Uniper and where the decommissioning has now begun after several years of planning,” Larsson said.

He added that the number of waste technicians, who identify and categorise radioactive material, and environmental engineers tasked with preventing contamination of the plant’s external surroundings, will need to be increased once O1 dismantling begins.

The DDP will look at strategy and planning, decommissioning preparation activities and obtaining required permits from the Swedish Land and Environment Court and SSM before closure can commence. OKG can also request funding from the Nuclear Waste Fund Waste, which is managed by the SSM, to assist with the dismantling and decommissioning processes.

The most effective ways of securing the skilled labor needed for decommissioning will also be analyzed and the project will prioritize changing staff mindset and critical skills to accommodate the transition from operations to closure.

Vattenfall also faces a rapid transit from operations to dismantling and decommissioning at its Ringhals 1 and Ringhals 2 plants, which are scheduled to end operations in 2020 and 2019 respectively.

The Swedish state-owned company is the majority stakeholder in seven nuclear power stations in Sweden, four at Ringhals and three at Forsmark. Although Ringhals 2 was offline in 2015, Ringhals’ units 1, 3 and 4 generated 21.1 TWh during the year, equivalent to around 15% of the country’s total electricity consumption.

Similarly to E.ON, the decision to shut down the Ringhals reactors earlier than the original 2025 date was driven by declining profits and Vattenfall told Nuclear Energy Insider that the decommissioning of Ringhals 1 and 2 is still at an early stage.

Vattenfall has experience of plant closures in Germany where it is a shareholder in the 771 MW Brunsbuttel and 1.3 GW Krummel reactors that stopped generating in 2009. Vattenfall owns 66.7% of the Brunsbuttel plant and 50% of the Krummel plant, with the remaining shares held by E.ON.

In May 2015 Vattenfall and E.ON agreed to cooperate on the dismantling and decommissioning of Brunsbuttel and Krummel. The companies will draw from experience already gained from the dismantling of E.ON’s 630 MW Stade plant, stopped in 2003.

The first stage of the cooperation agreement is the transfer of experts followed by the development of treatment and disposal strategies for radioactive waste. The exchange and updating of expertise and skills will be central to the collaboration.