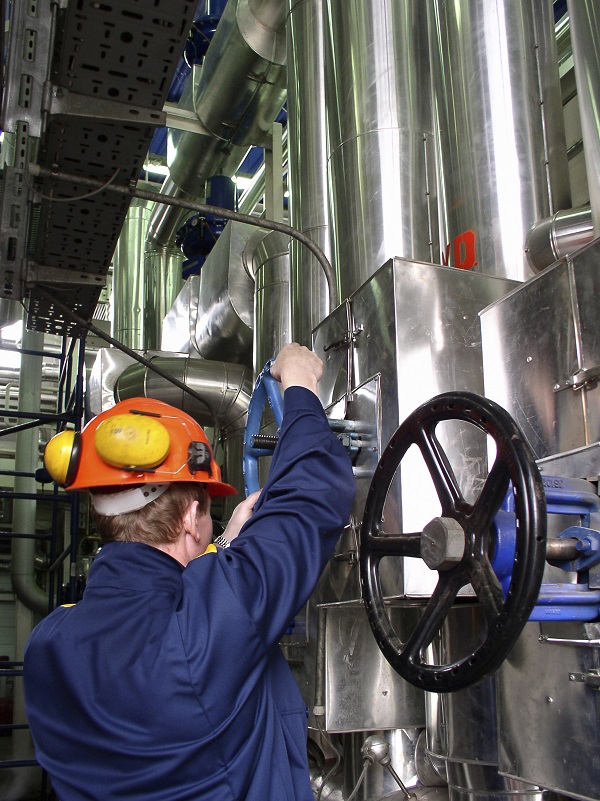 The NDA’s draft Strategy and Business Plan for 2016 to 2019 has earmarked spending of 3.2 billion pounds in financial year 2016/17, down slightly from the 3.3 billion pounds spent in 2015/16. Almost two thirds of this will go to Sellafield Ltd, which manages NDA decommissioning, reprocessing and waste projects.

The Plan responds to the UK’s government’s Comprehensive Spending Review, in which the Department of Energy and Climate Change (DECC) had its day-to-day resource budget slashed by 22%.

The NDA, which takes 60% of DECC’s annual budget, agreed to make savings of around 1 billion between 2016/17 and 2019/20 and the supply chain will be impacted by contract optimization, efficiency savings and reprioritization of non-critical work.

When contacted by Nuclear Energy Insider, suppliers said they expected the NDA's final three-year business plan and five-year strategy, to be published in April, to provide clearer guidance.

In the NDA’s draft Business Plan, Chief Executive John Clarke noted the NDA had also secured 11 billion of grant funding for the next five years, but he said Site License Companies (SLCs) “will need to place even greater focus on achieving value for money.”

The nuclear industry had also expected the government to advance its program for processing the UK’s plutonium stockpile, currently located at the Sellafield site.

Developers of third and fourth generation reactor technologies are competing to reprocess the 140 metric ton stockpile but further detail on the project selection process was absent from the government’s CSR.

While the industry awaits further detail on spending cuts, Peter Haslam, Head of Policy at the Nuclear Industry Association (NIA), said the government has largely delivered a sound strategic approach to meet its cost-cutting objectives.

“The key point is that the NDA has secured a good deal from the Spending Review. It gives a vote of confidence from the government on the importance placed on decommissioning with no closure of key projects,” he told Nuclear Energy Insider, adding that all parts of the nuclear sector will look to improve efficiency to meet objectives at least cost.

Key projects, listed by the NDA in its 2014-2015 Annual Report and Accounts, include Sellafield’s legacy ponds and silos clean-up programs, as well as ongoing decommissioning at Magnox and Dounreay. Delays to projects not deemed as safety critical could see more temporary storage solutions implemented.

Out of the total expenditure of 3.2 billion pounds earmarked in the NDA’s Draft Business Plan 2016-2019, some 2.3 billion pounds will be funded by the government and the remainder will come from maximizing revenue from NDA’s existing assets and operations.

Just over 1 billion pounds of commercial income was generated in 2014/15, according to the Annual Report, most of which came from the reprocessing and management of spent fuels. These commercial activities will remain the core source of income over the next three years, with the possible addition of transport services. 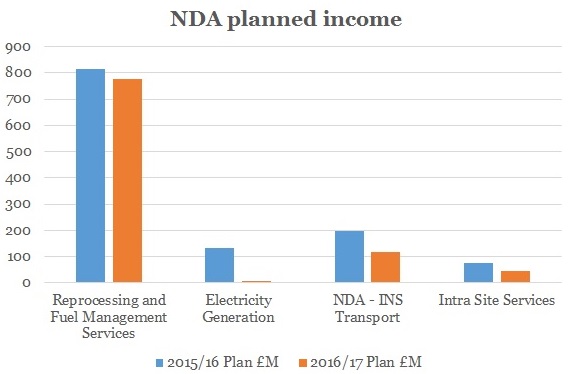 The NDA has launched a consultation with the wider nuclear industry over its three-year business plan and five-year strategy.

The Site Licence Companies (SLCs), directly responsible for day to day site management and operations, will be play an integral role in meeting NDA’s objectives.

Last year it was revealed that the decommissioning program at Sellafield would require an additional 5 billion pounds to complete and since then efficiency measures have been introduced and these include changes to the site’s operational model.

The NDA plans to introduce a streamlined site management structure once it takes direct ownership of Sellafield Ltd in April. More cost-effective approaches to ensure SLCs gain optimum value when settling contracts are likely to be implemented across the estate.

Funding committed to a long-term solution to secure the UK’s plutonium stockpile was absent from the government’s latest spending plans, despite calls from the nuclear industry.

Haslam stressed the pressing need for a decision to be taken quickly on a plutonium reuse program so that new technology designs can be licensed. The stockpile costs around 80 million pounds per year to manage, according to NIA data.

“Through coming to an agreement soon it will allow a cross-party decision to be reached on the technology to be used and the chosen technology can be progressing through the generic design assessment, a process that can take up to four years. This will, ultimately, lead to the UK being able to use hazardous waste as another source of low carbon energy,” Haslam said.

The government would prefer to re-use the plutonium rather than dispose of it, and it has labelled Areva’s CONVERT plan as the “preferred option.”

AREVA’s CONVERT project involves the design, construction, operation and decommissioning of the firm's first UK-based Mixed Oxide (MOX) plant, to eliminate the plutonium stockpile and convert the vast majority of it into MOX fuel for use in the new generation of light water nuclear reactors in the UK.

However, the NDA has labelled two other innovative projects using solutions, developed by GE Hitachi’s (GEH) and Canada’s Candu Energy, as “credible” alternatives.

The NDA published its initial view on the proposed technologies in a research paper in January 2014, and has been reviewing the project proposals in more detail since then.

The nuclear industry had expected more direction on the preferred reuse options by the end of 2015. DECC confirmed January 22, 2016 it had received advice from the NDA and said it was considering the next steps.