US, Europe risk falling behind as China nuclear industry expands

China’s nuclear power industry is expanding rapidly while stumbling blocks in the United States and Europe puts their industries at risk of being left behind in the race toward next generation technology. 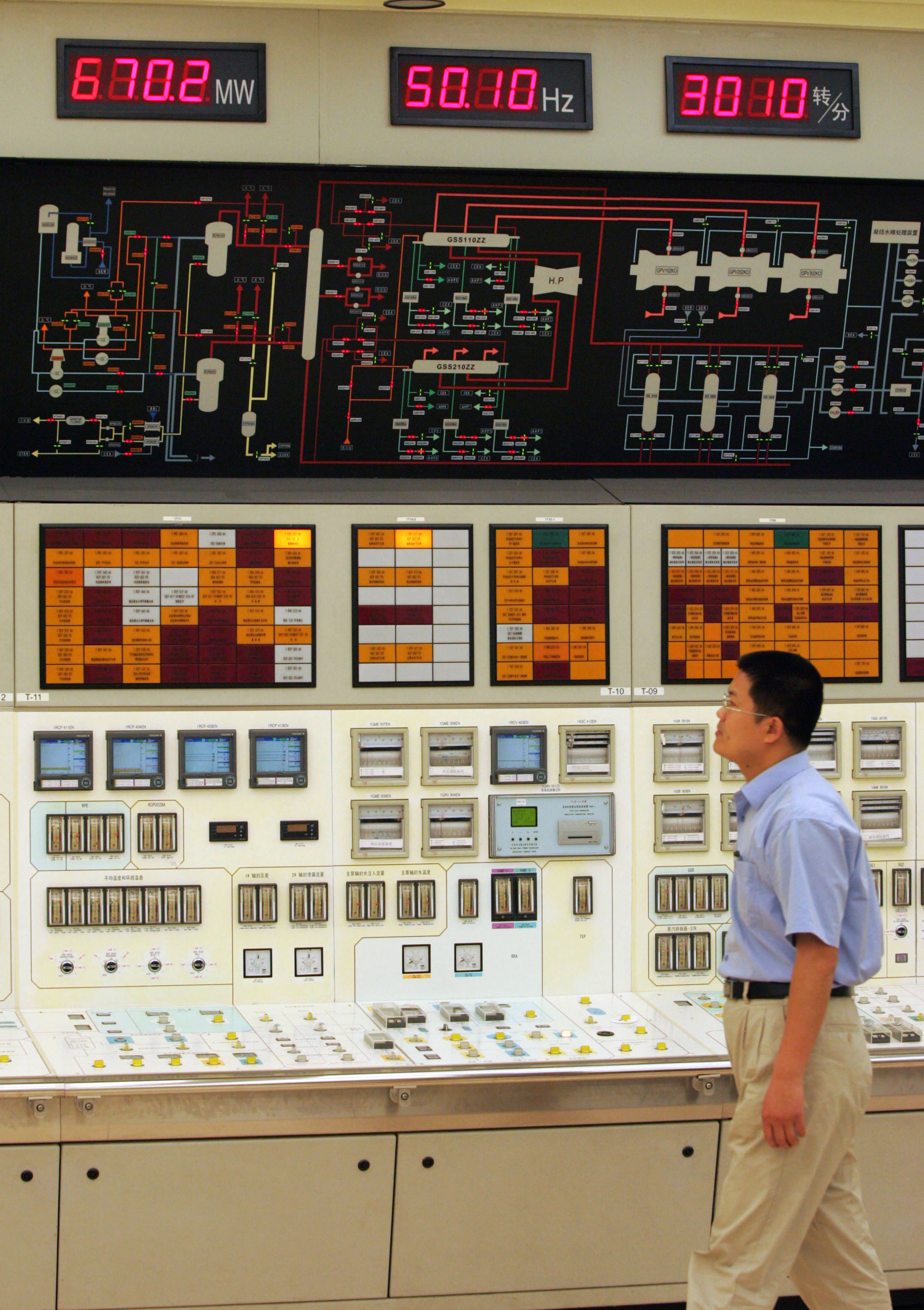 Chinese technician in the control room of a nuclear power plant in Qinshan, in the Zhejiang province (Source: Reuters/Reinhard Krause)

In the United States, fully functioning nuclear plants are under threat of closure due to profitability concerns and political phase-out policies, while vital research infrastructure is being mothballed.

In Europe, single countries are closing down entire nuclear fleets while ongoing talks about whether to include nuclear power in clean-air taxonomies mean financing costs remain too high as investors seek out better returns from less controversial technologies that have already passed the ‘green’ test.

The rise of ‘greenwashing’, whereby products and services are misleadingly advertised as environmentally friendly, has taken up a large part of Environmental, Social and Governance (ESG) driven investment, which is still to be governed under established regulatory frameworks.

Nuclear energy’s shaky public image has left it out of the mix and, consequently, off the books at investment houses.

Meanwhile, in China a nuclear power renaissance is being supported by government-backed, long-term planning strategies for reduced carbon emissions from electricity generation.

“If you had to boil it down to one word, it’s commitment,” says CEO and Executive Director of the American Nuclear Society (ANS) Craig Piercy.

“(In the United States) we see movement in the right direction, but we haven’t gotten our heads around the fact that we are going to be in the nuclear game for decades and this technology is only going to expand. We’re still thinking about it like a domestic energy option.”

A government’s commitment, or lack thereof, to nuclear power has wide ranging implications across the sector.

Without public commitment to the technology, financing costs climb, a new generation of potential nuclear engineers are discouraged to join the workforce, national laboratories face fluctuating budgets for long-term projects, and existing baseload infrastructure is shut down to be replaced by carbon-spewing alternatives.

In 2020, six reactors were permanently shut down worldwide while five new reactors started up, leaving a total of 441 operable nuclear reactors producing a combined capacity of 392 GWe, according to the World Nuclear Association (WNA) World Nuclear Performance Report 2021.

Of the six shut down, the two Fessenheim reactors were closed due to a political decision to reduce nuclear power’s weight in the French electricity generation mix, while the United States closed two because of market conditions. Sweden’s Ringhals 1 closed despite calls for it to restart.

In Russia, the Leningrad reactor closed but was instantly replaced by a new reactor on site.

Of the new startups, aside from the Leningrad reactor, Belarus connected Ostrovets 1 which was built on Russian technology and was the first VVER-1200 unit to begin operations outside of Russia.

The two shortest construction times were achieved by the Chinese reactors due to the advantages of series builds and the retention of skills through the ongoing new build program, the WNA report notes.

Fuqing 5 was constructed in 67 months and Tianwan 5 in 55 months. By comparison Barakah 1 took 97 months and Ostrovets 84 months.

Nuclear reactors under construction in Britain and the United States have not fared so well, often facing years of delays and significant cost overruns.

“For a long time, China has seen nuclear as a strategically important part of the energy mix and, while the plan on how to get to a certain capacity target has changed over the years, the plan to build a whole bunch of it hasn’t changed,” says manager at China nuclear market research group Nicobar, David Fishman.

China, currently the third largest nuclear power fleet in the world behind the United States and France, has 18 nuclear reactors under construction with a combined capacity of 17,270 MWe while the nuclear fleet of 51 reactors generates some 49,569 MWe, up almost five-fold from 10,065 MWe in 2010.

China’s 14th Five-Year Plan, passed by the Chinese parliament in March, calls for installed operating capacity for nuclear power to reach 70,000 MWe by 2025.

China just missed its nuclear construction goals through to 2020 but the industry is poised for a period of rapid expansion that will likely kick off in the early 2020s, according to Fishman in a report for the Lantau Group; “Quiet But Not Dead: China’s Nuclear Program Now Poised to Swing Back Into Full Gear.”

“For worldwide proponents of nuclear power as a low-emission, baseload power source, China’s ambitious nuclear power deployment program has served as a solitary beacon of light in an otherwise glum industry,” Fishman said in the report’s introduction.

Its growth rate is supported by government commitment within a heavily regulated sector. In North America and Europe, by comparison, the nuclear sector works in an open market competing directly with other, more established generating sources.

While, in the United States, nuclear power plants are crying out for subsidies and protections to keep their tariff rates competitive, in Chinese power plants, the tariff rates are set in the year that they are built and they are protected for their lifespan, Fishman says.

“(The Chinese government) just says, it’s a critical part of baseload infrastructure, it’s a strategically important part of the grid, and we will pay you for every megawatt hour between now and infinity as long as they are generating,” he says.

While non-regulated markets baulk at excessive government oversight, a little more commitment by nation’s leaders to the nuclear industry could go a long way toward securing its future in the net-zero emissions mix.