EDF’s plans to decommission France’s oldest nuclear power station, the dual-reactor Fessenheim plant, have been updated after nuclear regulator ASN warned the utility needed to go back to the drawing board. 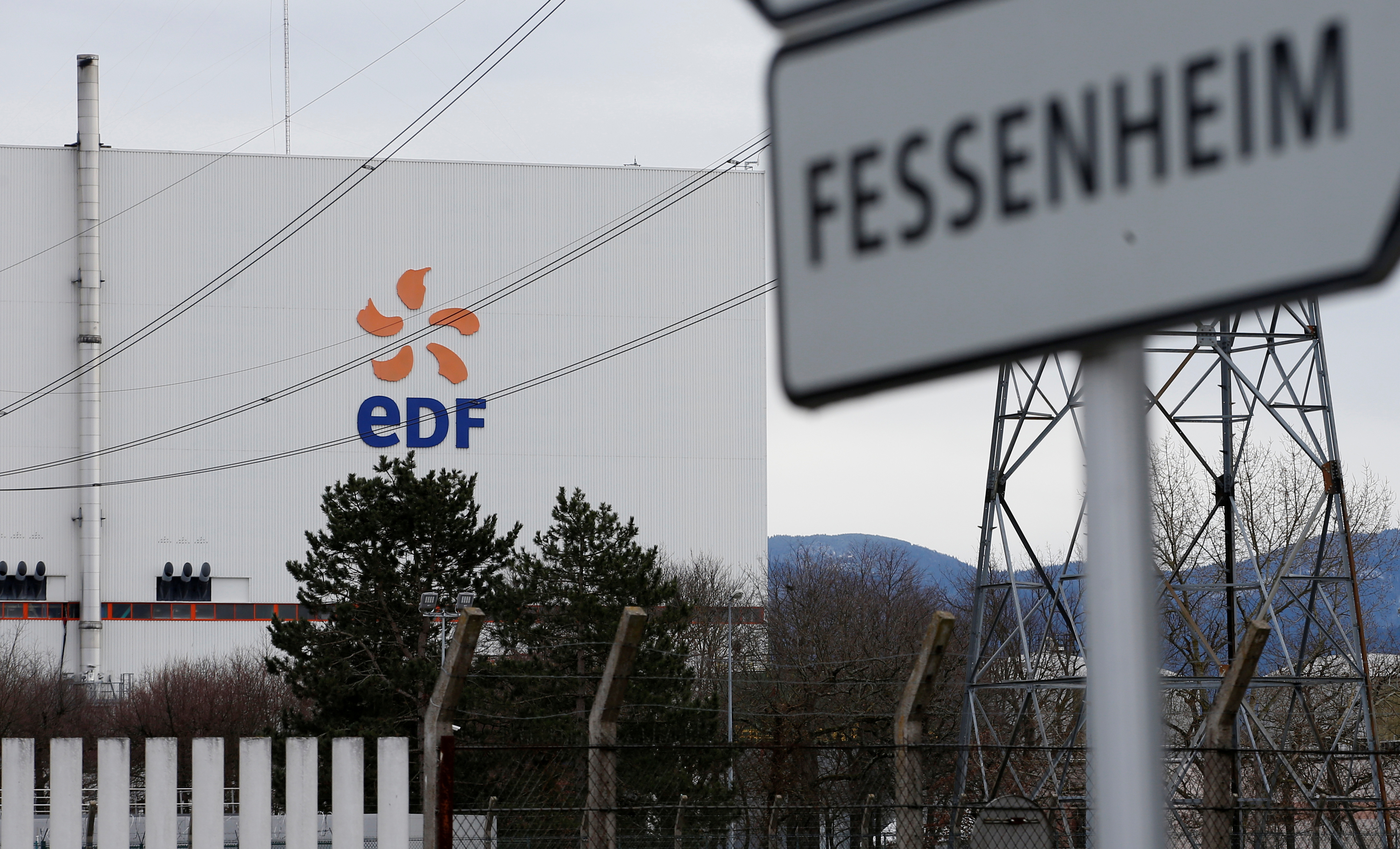 The French group shut down the pressurized water reactor (PWR) 1 at the end of February and reactor 2 at the end of June, closing the 1.8 GW plant permanently, some 43 years after its original commissioning.

It is important for EDF that the Fessenheim dismantling goes smoothly, as it is currently decommissioning nine reactors across four different reactor technologies in France and hoping to earn a greater slice of the global decommissioning pie.

However, EDF’s originally published plans last year on how it would fully decommission the site, which can be found in the Haut-Rhin department, 1.5 km from Germany and around 40 km from Switzerland and has French, German and Swiss stakeholders, were rejected by the regulator as “insufficiently detailed”.

“ASN therefore asked EDF, in December 2019, to justify and further specify its strategy, in particular concerning the deadlines for dismantling operations and waste management,” the regulator said in a statement.

ASN also noted that French regulation surrounding the utility’s stated procedures to recover the old steam generators in its Cyclife Sweden plant were still to be developed.

“(ASN) believes that EDF must strengthen the management of the Fessenheim decommissioning project to have a global vision of the project, integrating all its interactions. It further considers that EDF must improve its organization to establish and validate the structuring decisions for the dismantling scenario, based on justified and formalized assumptions,” the regulator said in February.

In response to the ASN’s requests, EDF sent an updated, 112-page plan of action for the plant’s overall decommissioning in May.

The French utility is due to send its review conclusion report for the first reactor to ASN and the government body responsible for nuclear safety before the end of September at the latest and before the end of August 2022 for the second reactor.

EDF, which is a state-controlled utility, provides around three-quarters of France’s power through 57 nuclear reactors, however a law introduced in 2015 requires EDF to reduce nuclear power capacity to 50% of generation by 2035, raising the prospect of a surge in decommissioning activity at multiple sites. 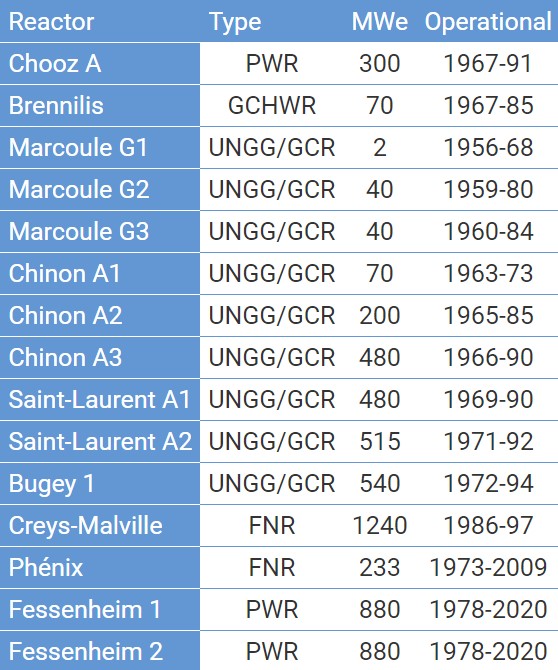 The global nuclear decommissioning market is worth an estimated 200 billion euros (around $237 billion) and around 150 European reactors have reached their 40-year lifespan in the last few years.

EDF’s revised plan has attempted to answer the ASN’s concerns about the project going forward.

The new plan gives updates of engineering studies and precisions requested by the regulator, EDF explains in an email in response to questions.

“It gives more details about the techniques that will be used in the field, planning, volumes of wastes and, as suggested by ASN, we put in place a team exclusively dedicated to the site preparation which leads to better coordination with other EDF’s entities (engineering, subsidiary company, etc),” says EDF.

The dismantling is planned in four stages, according to EDF’s revised document.

The company has already had some experience decommissioning a pressurized water reactor, with its work on Chooz A. 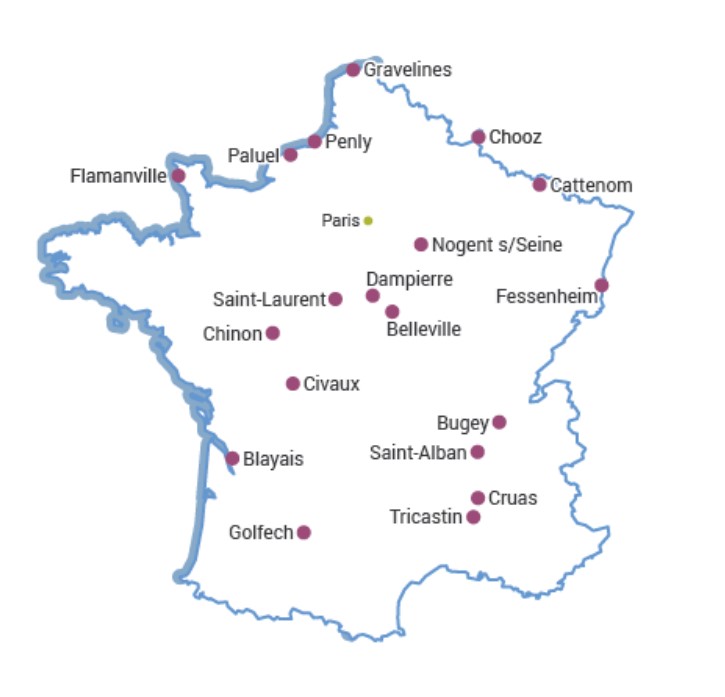 “What we learn at Chooz A that we can put in place in Fessenheim includes the dismantling of the core and internal structures and the use of tele-operations to dismantle the circuits,” EDF says.

“The scenarios planned for the different stages were defined using experience feedback resulting from both Chooz A and projects carried out on the fleet of power plants in operation during the dismantling of large equipment for replacement (steam generators, sections of piping, pumps, etc.),” it adds.

The dismantling of the Fessenheim power plant will generate approximately 380,000 tonnes of waste, 94% of which will be conventional waste.

As part of the Fessenheim decommissioning, EDF will implement an integrated technical data management tool, the Dismantling Information Model (DIM), for the first time to acquire, manage, and perpetuate all the technical data necessary for the deconstruction of the facilities.

The DIM tool is being developed in partnership with the French Atomic Energy Commission.

“The DIM of Fessenheim is under development. It is the first time in the context of a complete decommissioning of two nuclear power reactors, but some functions were already implemented on smaller operations,” EDF explained.

It will also be using 3D modelling and virtual reality and has already conducted virtual visits of Fessenheim with helmets to improve their knowledge of the structure and avoid future contamination, the utility says.

As for its affiliates Cyclife Sweden and Cyclife France, EDF says they will work on the treatment of metal waste of large components from Fessenheim, including steam generators, heat exchangers and pumps.