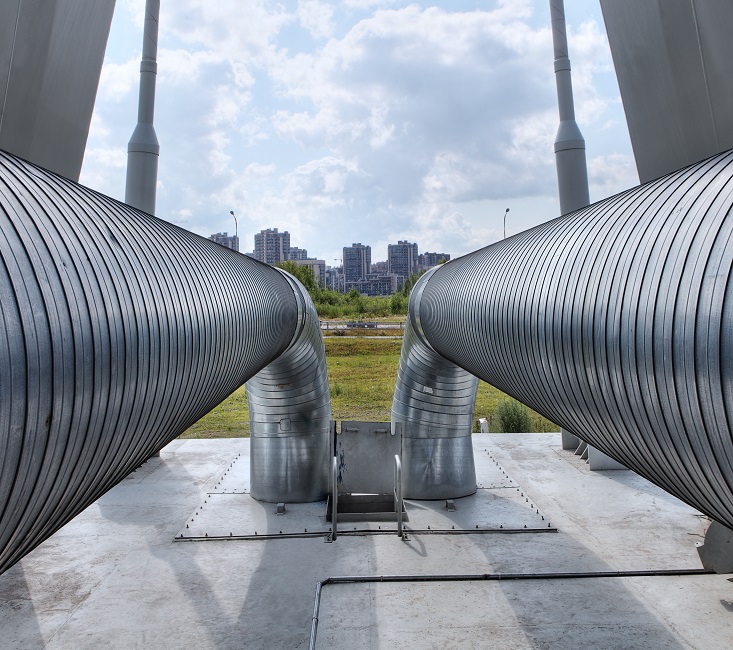 The ability of SMRs to match demand profiles and switch between power and heat could determine which designs are selected for district heating applications. (Image credit: Grigorev Vladimir)

Last year, a study by the VTT Technical Research Center of Finland said SMRs could replace fossil fuels in district heat (DH) and industry steam production in Finland by around 2030.

Heating applications are seen as a key selling point for SMRs, particularly as governments and industrial corporations strive to meet carbon reduction targets.

A wide range of SMR technologies and capacities are being developed. Reactor developers believe new safety features mean they could be installed closer to population centers than conventional nuclear plants, for example on existing fossil fuel plant sites.

The VTT researchers analyzed NuScale's IPWR light water reactor (LWR) design and found that one 152 MW unit could replace fossil fuel production in the district heating system of a Finnish city’s district heat grid by 2030 with a payback time of 10 to 20 years. The payback time would depend on load rates, cost assumptions and relative fuel prices, VTT said. As is the case for power-only applications, nuclear plants are better suited to baseload heating requirements and the costs for combined heat and power (CHP) applications would be higher, it said.

The researchers assumed an operations and maintenance (O&M) cost of 5.6 euros per MWh ($6.9/MWh) for a 152 MW NuScale district heating plant based on a minimum load factor of 40%.

“Given nuclear’s economics (high investment cost, low operation cost) one of the limiting issues is the low heat demand during summer”, he said.

“One could load it during summer and use during winter,” he said.

Many of the current studies on SMRs for district heating involve designs based on third-generation light water reactors (LWRs). For purely district heating purposes, the water-cooled LWR reactors may be the "most ready option at the moment," Tukki noted.

The low water temperatures and pressures of water-cooled systems are more similar to the requirements of the district heating network, he said.

However, more advanced reactor designs may be more attractive in certain applications, such as switching between heat and electricity supply, industry experts told Nuclear Energy Insider.

Proponents of SMR technology say plants could be deployed commercially in district heating applications within a decade, similar to objectives for electricity deployment. Ahead of any commercial construction, developers must first complete multi-year design licence applications for the new reactor designs.

More than 60% of all heat in Denmark, Finland and Sweden is already supplied through district heating networks, so SMRs could be deployed as plug-in replacements for existing capacity, experts say.

“Petrochemicals, oil sands in Canada, and other remote mining and processing operations, such as aluminium smelting, are considered good options to co-locate nuclear plants that can provide high heat,” he said.

Infrastructure risks could prove hurdles to deployment, particularly in heavily-populated regions. The installation of urban district heating pipeline networks would be disruptive to transport networks and could make it difficult to gain political support.

For example, the UK’s Energy Technologies Institute (ETI) said in 2016 that while there is “economic benefit in deploying SMRs as CHP to energize [UK] district heating networks, this depends on district heating [infrastructure] roll out.”

In a recent report, UK think tank Policy Exchange said it would be relatively straightforward to install a district heating scheme or ground/air heat pumps on new British housing developments but it would be "much more difficult with the existing housing stock.”

“A heat accumulator [storage system] could be used to optimize and balance production,” he said.

For operators pursuing a switching strategy, high-temperature gas-cooled reactors may be the most economical option as they have higher heat output, Hinze said. The use of high-pressure turbines with high outlet temperatures would minimize the trade-off between heat and electricity.

According to Hinze, LWRs and liquid metal reactors could also be used for CHP but their efficiency would be lower.

Tukki agreed that for LWR designs there is a "trade-off between producing electricity or heat."

Molten salt reactors could also be a viable option for heat applications.

In a 2017 report on decarbonising cities using advanced reactors, analyst Rauli Partanen estimated molten salt reactors could produce heat at an LCOE of less than 20 euros/MWh in Finland by the mid-2020s.

According to Partanen, the deployment of SMRs for baseload district heating needs could pave the way for a fully-decarbonized energy supply.

The report sets out a three-step program for decarbonizing the energy network:

• Transition to power generation and combined heat and power.

Going forward, SMR plants could be used for other industrial applications such as desalination plants, catalytic processes, bioindustry, refineries and synthetic fuel production.