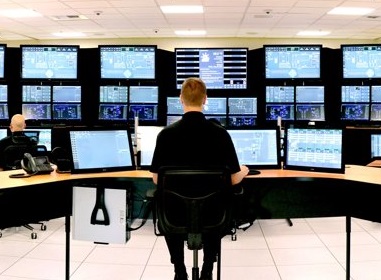 NuScale’s Integral Pressurized Water Reactor (IPWR) is based on light water reactor technology and the first plant of 600 MW will be delivered to Power cooperative Utah Associated Municipal Power Systems (UAMPS) on a site within the U.S. Department of Energy's Idaho National Laboratory (INL). The plant is expected to be fully operational by 2026.

The 12,000-page DCA is a “milestone” for the industry and regulatory approval is expected by mid-2020, McGough told Nuclear Energy Insider in December.

The progress of NuScale’s application will be closely watched by other global SMR developers with other license applications expected in Canada and UK in the coming years. New safety features on SMR designs include passive safety systems, innovations in spent fuel pool design and smaller emergency planning zones than for larger reactors.

Design and licence phase funding remain key project risks for SMR developers and to date around $500 million has been invested in the NuScale project through a mix of private and public funding.

Fluor, the Texas-based engineering and construction group, took a majority stake in NuScale in 2011, boosting its financial resources. In 2013, the Department of Energy (DoE) awarded NuScale up to $217 million over five years to support the development, licensing and commercialization of the SMR technology.

NuScale has estimated its first plant will cost around $2.9 billion to build, representing an overnight capital cost of $5,078/kWe (see below chart for comparisons). The Levelized Cost of Electricity (LCOE) is estimated at around $100/MWh and the company has predicted LCOE would fall to $90/MWh below for multiple reactors benefiting from modular construction and economies of series. These cost estimates could be reduced further due to advanced manufacturing and bulk-buying efficiencies. 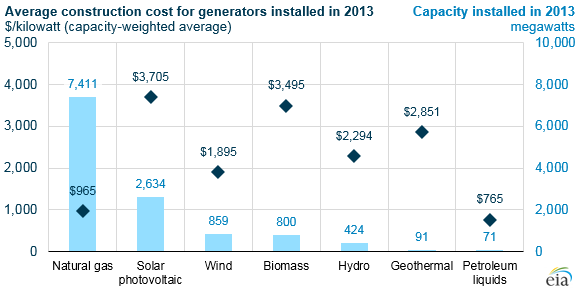 Site preparation and module fabrication for the plant is expected to start in 2019, according to a project schedule published by UAMPS in 2016.

NuScale expects direct construction jobs to peak at 1,100 employees and the project is forecast to generate 12,808 jobs in the local area during construction and 1,507 during operations, according to an analysis by Idaho Department of Labor.

NuScale believes there is a potential to install six more plants in the Western U.S., McGough said. This would greatly expand the opportunities for both US and global companies looking to enter the SMR market, where early movers are already gaining a foothold.

NuScale expects to decide on a preferred supplier for its power modules in 2017 and the location of the manufacturing facilities would depend on the selected supplier.

The selected supplier “may be one entity, more likely to be a group of entities that work together to fabricate the various components and then assemble them into the power module," McGough told Nuclear Energy Insider in September.

In November, NuScale invited potential supply chain firms to a one-day NuFAB event held in Portland Oregon, launching its selection process for qualified and capable manufacturers that could form partnerships in the fabrication of the NuScale Power Module. 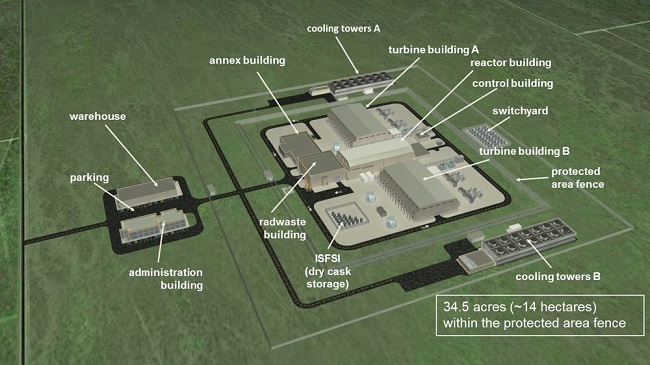 Engineering company Rock Creek Innovations is the system architect for safety instrumentation and control (I&C) systems, as well as providing expertise in the areas of neutron monitoring and process sensors for monitoring safety critical aspect of the Power Module.

In 2014, NuScale announced a strategic partnership with ENERCON, an engineering, environmental and technical services firm that is applying its licensing expertise to support the development of the DCA.

Established engineering and manufacturing companies including Rolls Royce, Dresser-Rand and Curtiss-Wright are also contracted to support the design of components for the power module.

While a small number of modules could be made using existing manufacturing capability, McGough said in September he expected construction of a purpose-built factory to begin by 2020. A purpose-built factory could produce around 30 modules per year and employ 400 or 500 factory workers, according to NuScale's rough plans. The company estimates the emerging global SMR market will be worth around $400 billion by 2035.

In the UK, NuScale has entered the government’s competition to select the best-value SMR design under a 250 million pound ($315 million) five-year nuclear research and development program. The government launched the competition in March 2016 and is expected to announce further details in the coming months.

NuScale estimates it could have its first UK plant online by 2027 and development of the UK supply chain is already underway.

Fluor has engineering facilities in UK, the Nuclear Advanced Manufacturing Research Centre (AMRC) agreed to work on the development of the NuScale Power technology and National Nuclear Laboratory (NNL) has assisted NuScale with its fuel design development. In addition, NuScale has announced partnerships with UK firms including Sheffield Forgemasters International Limited (SFIL) and Ultra Electronics.

SFIL is manufacturing a large civil nuclear reactor vessel head to NuScale’s design as part of a 4 million pound project funded by Innovate UK. NuScale is providing additional funds to the research and development exercise in the expectation that SFIL will manufacture the trial component by mid-2017.

Graham Honeyman, CEO of SFIL, told Nuclear Energy Insider it is important for firms to enter the supply chain at the start of the process to demonstrate expertise and ensure future gains.

“To be successful, a company has got to be involved early on in the development work to build that trust in our ability so we get future orders,” Honeyman said.

Other major SMR developers such as Westinghouse and Rolls-Royce have also forged ties with UK suppliers, aiming to optimize manufacturing processes and increase the benefits to UK industry.

Manufacturing efficiencies will be central to the competitiveness of project bids and Rolls-Royce has pledged to provide 40 million pounds to support the industrialisation of its SMRs.

Honeyman said that by producing NuScale's reactor vessel head at this early stage, SFIL will gain invaluable experience and be well-placed to deliver orders for the further deployment of power modules.

“If you are prepared to take a longer-term investment view you could get very good returns, but we need to invest now,” he said.