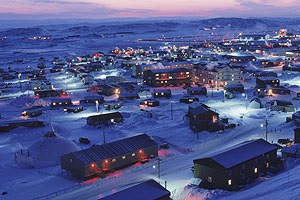 Developers of very small modular reactors are flocking to northern Canada to secure business in what could be the West’s first major market for mini reactors. A recent request for expressions of interest (RFEOI) by Canadian National laboratories (CNL) yielded 18 SMR design proposals and eight of these were of capacity between 0 to 15 MW, highlighting the surging interest in VSMR deployment.

"In that particular case...for very small reactors there is a real opportunity…a real benefit," she said.

VSMR developers must overcome significant technology and licensing challenges before they can deploy in Canada. In parallel, they must gain the support of local communities to ensure the successful development and operation of their plants.

VSMR developers told Nuclear Energy Insider they would look to favour local employment, particularly in siting and construction operations. However, long-term local employment opportunities will be limited and wider benefits to society must be demonstrated.

The respondents noted that remote communities will need to be consulted and engaged in the SMR development process to ensure the perspective of potential end users are understood.

A key selling point to these communities will be the combined heat and power capacities of advanced reactors.

This would avoid the need for wood or oil-fired heating units which can present safety hazards, he said.

“Low grade heat could then be used to warm and light greenhouses providing cost effective fresh food 365 days of the year,” he said.

VSMR developers have also identified the extractive sector (oil & gas and mining) as a key market for the deployment of VSMRs as companies look to reduce their carbon footprint and control energy costs.

Power demand at mining projects averages at around 20 MW and Leadcold has proposed to deploy pairs of 10 MW SEALER units, offering 90% availability on the first ten years of operations, he said.

In CNL’s RFEOI report, extractive sector companies said SMR technologies would need to be reliable, safe and cost competitive. These firms also said the ability to relocate the reactor following the conclusion of a project would be important.

“One respondent suggested that a model based on leasing, refurbishment and redeployment would be ideal,” the report said.

In CNL’s RFEOI, SMR developers highlighted the need for “continuous, respectful and competent dialogue with indigenous organisations and municipalities in northern Canada.”

First Nation communities should be incorporated into the projects as “technical and business professionals or as vendors/suppliers,” and developers should seek economic partnership opportunities with local communities, they said.

The multiple levels of government will also present significant regulatory challenges for developers.

• The territorial governments operating through their energy companies: Qulliq Energy and NWT Power Corporation, which have monopolies on power distribution.
• First Nation governments, which need to approve businesses operating on their land.
• Environmental review boards: For example, the Nunavut Impact Review Board and Mackenzie River Valley Board, which issue environmental permits.
• The governments of other provinces must also support projects if they are affected by fuel and waste transport.
• The federal government, including the Canadian Nuclear Safety Commission (CNSC) and the fisheries department.

The administrative change could impact VSMR development on several counts:

• The Department for Crown-Indigenous Relations and Northern Affairs Canada will have to clear land acquisition.
• Any social programmes created by developers to support local communities will be overseen by Indigenous Services Canada.
• As well as having to deal with two departments in place of the previous one, there could be administrative delays by both departments as their operations are still being set up and their exact remits determined.

While VSMR developers continue to tackle the challenges of technology design and licensing, they must also prepare to work with Canada's numerous local and regional authorities. As designs progress through Canada's licensing program in the coming years, local community and business engagement will become increasingly important to project success.