LeadCold plans to use the large investment by Indian conglomerate Essel Group to fund pre-licensing, detailed engineering design, and development costs for a 3 MW demonstration reactor ahead of deployment on remote sites, Janne Wallenius, CEO of LeadCold, told Nuclear Energy Insider in an interview. 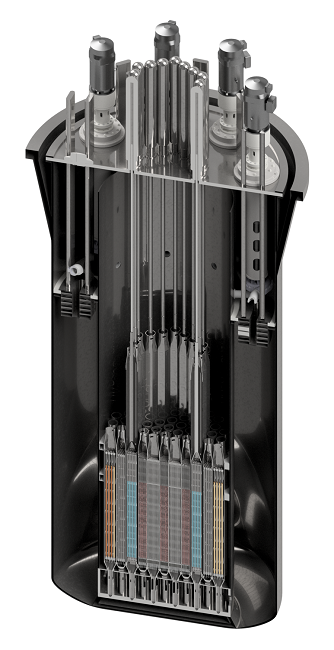 A number of advanced nuclear reactor developers are targeting the Canadian market, where the risk-informed regulatory framework is considered more supportive for licensing new designs than in the U.S. and where numerous remote communities and industrial facilities represent captive electricity consumers.

LeadCold aims to deploy its reactors within the remote Arctic regions in the Northwest Territories and Nunavut, where power users are off-grid and depend on high-cost diesel-fired generators.

The company, a spin off from the Royal Institute of Technology in Stockholm (KTH), is developing a reactor that can provide a capacity of between 3 MW and 10 MW, to meet the different power needs of remote communities and mining customers.

The Levelized Cost of Energy (LCOE) is estimated at C$450/MWh ($337/MWh) for 3 MW capacity and C$220/MWh for 10 MW, Wallenius told Nuclear Energy Insider in an interview.

Electricity costs can be as high as C$2,000/MWh in the most remote regions of Northern Canada, Roger Humphries, director of SMR Development for Amec Foster Wheeler, said in an interview in January 2016.

Some 200,000 people live in over 200 remote communities and 80% of their power comes from diesel-fired generators.

A 3 MW unit can provide 90% availability for a 30-year lifespan and clusters of around ten remote communities could be supplied with a single reactor unit, Wallenius said.

A 10 MW unit offers a ten-year lifespan at 90% availability and could be deployed in pairs at mining projects where demand averages around 20 MW, Wallenius said.

More than 20 mining projects in Northwest Territories and Nunavut have been identified as suitable for SEALER, offering a potential annual market value of C$200 million based on the delivery of two units each year, he said.

LeadCold plans to use the funds to complete the pre-licensing review and detailed engineering design, and fund development costs for a licence to build a 3 MW demonstration reactor in southern Canada by 2025.

The developer estimates it will cost C$200 million to bring the SEALER to market and priced at C$100 million, Wallenius told Nuclear Energy Insider.

The SEALER design uses 19.9% enriched uranium oxide fuel and the reactor’s small core size allows it to achieve criticality in a fast spectrum.

The successful development of aluminium alloyed steel resistant to corrosion was key to commercializing the SEALER design, Wallenius noted.

Lead has strong coolant properties but is also corrosive and exposes parts of the reactor such as cladding tubes to high levels of degradation. LeadCold collaborated with the Swedish steel industry and KHT to create a protective layer of aluminium oxide and improve the steel resistance.

Tests showed the resulting proprietary alloy retained its integrity for up to 10,000 hours in 550 degree-Celsius molten lead and this improved the business case for the lead-cooled technology, Wallenius said.

The maximum temperature of the lead coolant is maintained below 450 degrees Celsius, resulting in what the company sees as a manageable corrosion of fuel cladding and structural materials over a life-span of several decades.

The lead coolant in the SEALER design means the core can manage a complete loss of off-site power for weeks before the integrity of the fuel rods is challenged, according to the company. Further safety advantages of using lead include the chemical retention of iodine and caesium in the event of a failure, as well as inherent shielding of gamma radiation from fission products.

Canada's strong market potential for small reactors has seen a range of different advanced reactor designs submitted to the CNSC over the past year.

Progress through the regulatory approval phase will prove key to deciding which advanced reactor developer builds the first commercial reactor in Canada.

LeadCold expects to complete the pre-licensing review for the SEALER design in March 2018 and receive a construction licence by the end of 2021, Wallenius said.

The developer aims to deliver its first commercial plant in 2027, he said.