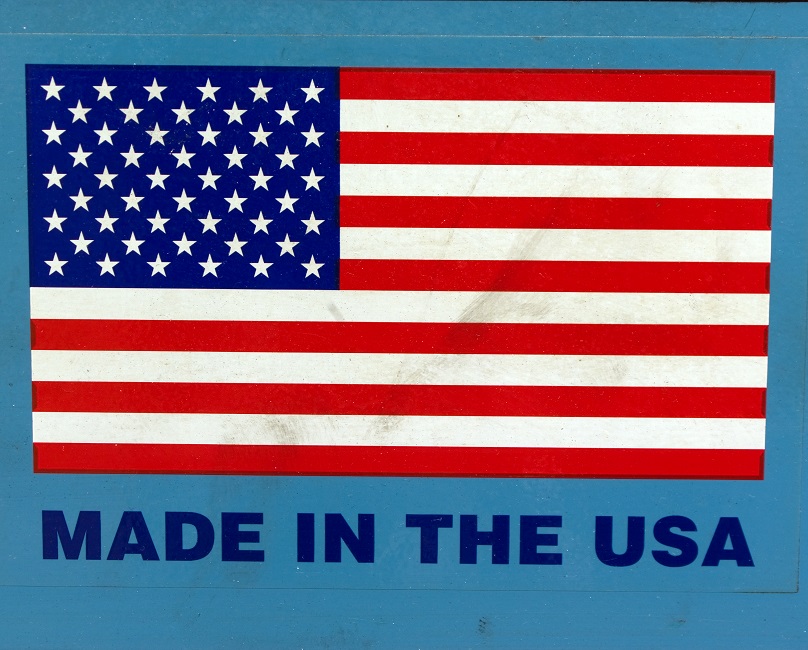 On January 23, the Nuclear Innovation Alliance (NIA), the Nuclear Energy Institute (NEI) and the US Nuclear Infrastructure Council (NIC) wrote to the Nuclear Regulatory Commission (NRC) appealing for a more streamlined and predictable licensing pathway for advanced reactors.

The NRC aims to be capable of licensing advanced reactors by 2025 and has launched a set of Implementation Action Plans (IAPs) towards this aim. NRC's priority IAPs include the acquisition of knowledge on non-LWR technology and the development of a conceptual design review and staged review process.

However, the industry groups warned in their letter that the licence review process for non-LWR reactors had "remained largely unchanged" since the NRC updated a Vision and Strategy Document for non-LWR reviews in December 2016. The process had shown "little evidence of improved efficiencies," they said.

The groups called for renewed action on the following objectives:

• Align the regulatory framework for advanced reactors with their inherent enhanced safety and simplified design bases.

NRC spokesman Scott Burnell said the NRC is continuing to use experience gained on LWR reviews to improve the regulatory process.

The letter from the NIA, NEI and NIC shows the industry is concerned a lack of progress in the U.S. regulatory framework is denting investor confidence.

The industry groups called for faster progress towards review processes which match simplified design bases and enhanced safety features, and towards staged application and approval.

In January 2017, NuScale became the first SMR developer to submit a completed Design Certification Application (DCA) to the NRC. NuScale's IPWR design is based on light water reactor (LWR) technology and the developer is aiming to deliver a 600 MW plant to UAMPS, a power cooperative, by 2026.

In a strategy document published in January 2017, the U.S. Department of Energy (DOE) set a target of at least two non-LWR advanced reactor concepts licensed and ready for deployment by the early 2030s.

A large number of companies are developing advanced reactor technology in the U.S., but they remain far behind NuScale in terms of licensing. The table below shows the companies which have engaged in formal pre-application activities with the NRC. 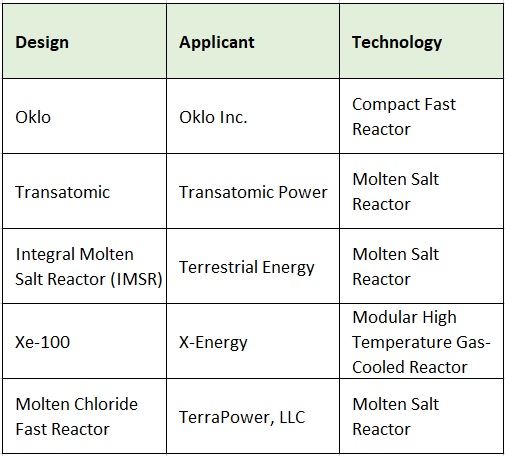 “Over-regulation and protracted reviews by the NRC are driving some U.S. companies out of the domestic market altogether, shifting their focus to the international market, where they hope regulators are able to make a finding of sufficient safety faster and at a lower cost than the NRC,” the NIA, NEI and NIC said in their letter.

Many advanced reactor developers have chosen to develop their new designs in Canada ahead of licensing in the US. Canada's licensing regime is considered less prescriptive and more principles-based than in the U.S and the Canadian Nuclear Laboratories (CNL) have designated SMR development as a research priority. On February 19, the CNSC announced NuScale and Westinghouse would soon enter Canada's Pre-Licensing Vendor Design Review program, meaning 10 developers have started or will soon start the program.

To take one example, GE Hitachi Nuclear Energy and Advanced Reactor Concepts plan to license their SMR design in Canada in the first instance, having originally started the licensing process in the U.S.

Other developers more advanced in the Canadian licensing process include Terrestrial Energy, Moltex Energy and Advanced Reactor Concepts, along with a number of very small modular reactor (VSMR) developers.

"The U.S. regulatory system is certainly one reason we are not prioritizing the U.S. But the extremely low gas prices are a bigger factor," he noted.

This means fundamental barriers to licensing can be identified before a final design is brought into the licensing process, Todd Allen, senior fellow at think tank Third Way, said.

“That is a strong statement for investors," he said.

The Canadian program de-risks the overall investment as developers can become confident there will be no major “bear traps" upon full reactor licensing, Scott noted.

"The risk that is reduced is primarily that some aspect of the novel reactor design triggers regulatory concern that the designers had not appreciated,” he said.

In principle, NRC regulations allow for a staged, incremental, license application review and approval process for licensing one portion of the design at a time.

However, these provisions "are not well-defined and have not been recently used. Thus, applicants are uncertain about their viability to address specific development risks much earlier in the licensing process," the industry groups said in their letter.

Pre-application interactions must be more effective at identifying key safety issues and acceptable methods for resolving them, they said.

"This is important for further reduction of regulatory review time and costs. Addressing these concerns will help to remove unnecessary barriers to innovation," the groups noted.

Source: Summary of CNL's 2017 Request for Expressions of Interest (RFEOI) for SMR deployment.

"This would mimic something like the FDA’s clinical trials process,” he said, referring to greater tolerance for innovation in the earlier stages and increasing detail and rigour throughout the process.

However, the NRC can modernize its process for setting design requirements to be more systematic, predictable and repeatable to ensure consistent safety requirements are established for different technologies, the industry groups said in their letter.

"The modernized process should account for the unique characteristics of the advanced non-LWRs and enhanced safety features of these reactors. This effort is expected to result in a more technology-inclusive, performance-based and safety-focused regulatory process needed to restore stakeholder confidence,” the groups said.

Advanced reactor developers note that many designs are less complex than traditional plants and have simplified passive safety features. Rulemaking efforts to reduce the requirements on emergency planning zones (EPZs) and site security should be accelerated, the industry groups said.

While the NRC continues to commit resources to the development of new regulatory guidelines, priority measures must be put in place in the short term to instil confidence in the sector.

“Judging from the pace of progress over the last decade, it will take more than five years to develop and implement an entirely new regulatory framework for advanced non-LWRs,” the industry groups warned in their letter.

By addressing the nuclear industry’s demands, the NRC can “define the principles for establishing a new regulatory framework in the long-term and address recognized challenges in a manner that enables near-term advanced reactor development,” the groups said.