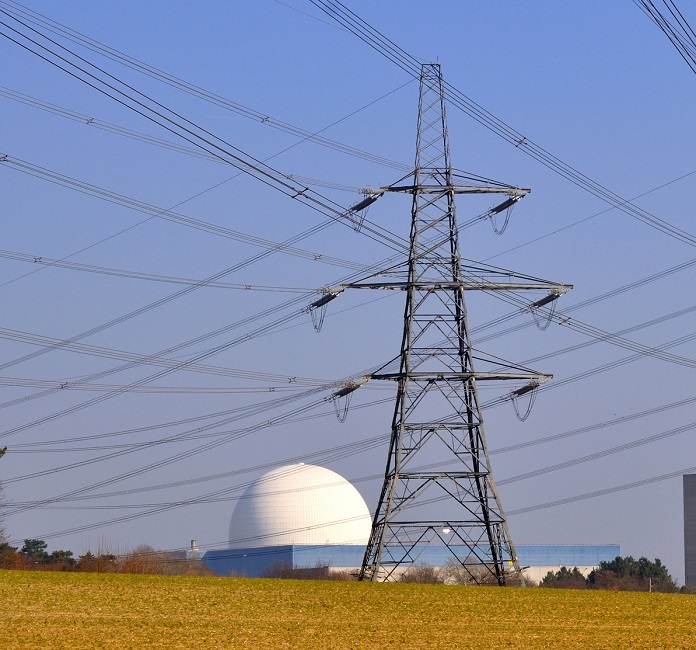 China willing to hand over operations of UK Bradwell plant

China General Nuclear Power (CGN) would consider “not being the majority operator” of its planned Bradwell nuclear plant in the UK if political sensitivity is an issue, Zheng Dongshan, CEO of CGN's UK subsidiary, told the Financial Times (FT).

CGN plans to build a new plant at Bradwell using its Hualong HPR1000 design, currently under review by the UK licensing authorities.

France's EDF would take a minority stake in the project, according to a deal signed between the companies in 2016. CGN also holds a third stake in EDF's 3.2 GW Hinkley Point C EPR project, expected online from 2025, and is a partner in EDF's planned Sizewell EPR project.

In 2016, the UK government said it would take a golden share in all future UK nuclear new build projects and other critical infrastructure, allowing it to prevent the sale of significant equity stakes.

In July, the government published a White Paper which aims to increase the government's powers to prevent foreign purchases of sensitive UK assets. The document was reportedly primarily focused on Chinese deal-making.

CGN has ambitious plans for industrial partnerships with UK and the company understands the "political and local sensitivities," Zheng told the FT in an article published September 17.

“There is no reason to restrict us as a Chinese investor . . . but we know we must take time to show the public, the government, they can trust us,” he said.

European nuclear developers could significantly reduce costs if they implement labor deployment, project governance and other drivers which have slashed costs in Asia, a recent report said.

By improving their performance rating against eight key cost drivers, European and North American new build projects could reduce costs by over 35%, according to the report commissioned by Energy Technologies Institute (ETI) and led by CleanTech Catalyst (CTC) and Lucid Strategy.

CGN is reportedly not seeking any direct investment from the UK government in the Bradwell project.

According to the FT, the government is considering using a regulated asset base model to finance new nuclear projects. Back in June, energy secretary Greg Clark said the government would consider taking a direct stake in Hitachi's planned 2.7 GW Wylfa Newydd nuclear plant in Anglesey, Wales.

The government has been under pressure to reduce the cost of new nuclear power plants after it guaranteed a power price for EDF's 3.2 GW Hinkley point C EPR project at 92.50 pounds per MWh, considered by many to be uncompetitive given falling renewable energy costs.

Cost of capital is one reason for the high power price. EDF and its Chinese partners are bearing all construction risks for Hinkley Point C, which is expected to cost around 20 billion pounds to build.

Passed by the Senate in March, the bipartisan bill has been sent to President Trump for his signature.

The measure directs the U.S. Department of Energy (DOE) to prioritize partnerships with private innovators to test and demonstrate advanced reactor concepts, Crapo said in a statement.

The bill also authorizes the creation of a National Reactor Innovation Center that combines National Labs and DOE resources to enable the construction of experimental reactors, he said. The Nuclear Regulatory Commission (NRC) would contribute safety expertise to the center while learning about the new technologies.

The bill also requires the DOE to award grants for some of the fees the NRC charges for pre-application and application review activities for advanced nuclear reactor designs.

"[NEICA] will eliminate barriers to innovation within the private sector and strengthen collaboration with our national labs to maintain American pre-eminence in nuclear energy," Crapo said.

The bill will "help bring new technologies forward to compete against polluting forms of energy like coal and natural gas," Whitehouse said.

"They may also move forward technologies that could actually reduce our existing stockpiles of spent nuclear," he said.

In a two-year project, the partners aim to demonstrate the commercial and industrial-scale viability of hydrogen production using the hybrid sulphur process.

The hybrid sulphur cycle uses a two-step process to split water to produce hydrogen. This process may be more efficient than the more commonly used process of high-temperature steam electrolysis (HTSE), Terrestrial said.

High temperatures and operational flexibility could position small modular reactors (SMRs) at the heart of the growing hydrogen market.

By 2020, the global hydrogen market is expected to reach $200 billion, Terrestrial said.

US hydrogen demand by sector 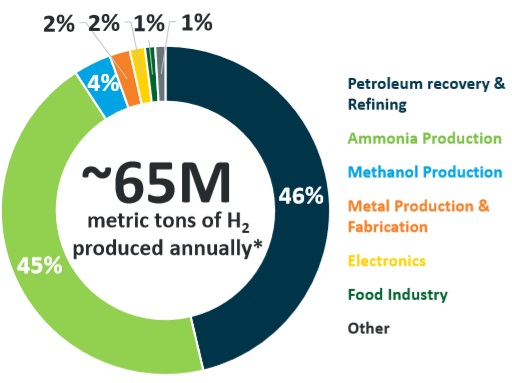 The smaller capacities and emergency planning zone (EPZ) requirements of SMRs mean they could directly supply individual sites. In addition, the individual modules of SMR plants could provide a range of different applications, including hydrogen production, electricity and heat, developers say.

A study by SMR developer NuScale and the DOE's Idaho National Laboratories in 2014 concluded that a six module, 300 MW NuScale light water reactor IPWR plant could supply the hydrogen demand of a mid-sized ammonia production plant, while a twelve-module plant could support a mid-sized refinery.