The British government’s ambitious plans for nuclear power, including tripling nuclear capacity by 2050 and streamlining regulatory practices, has been met with cautious applause from the nuclear industry. 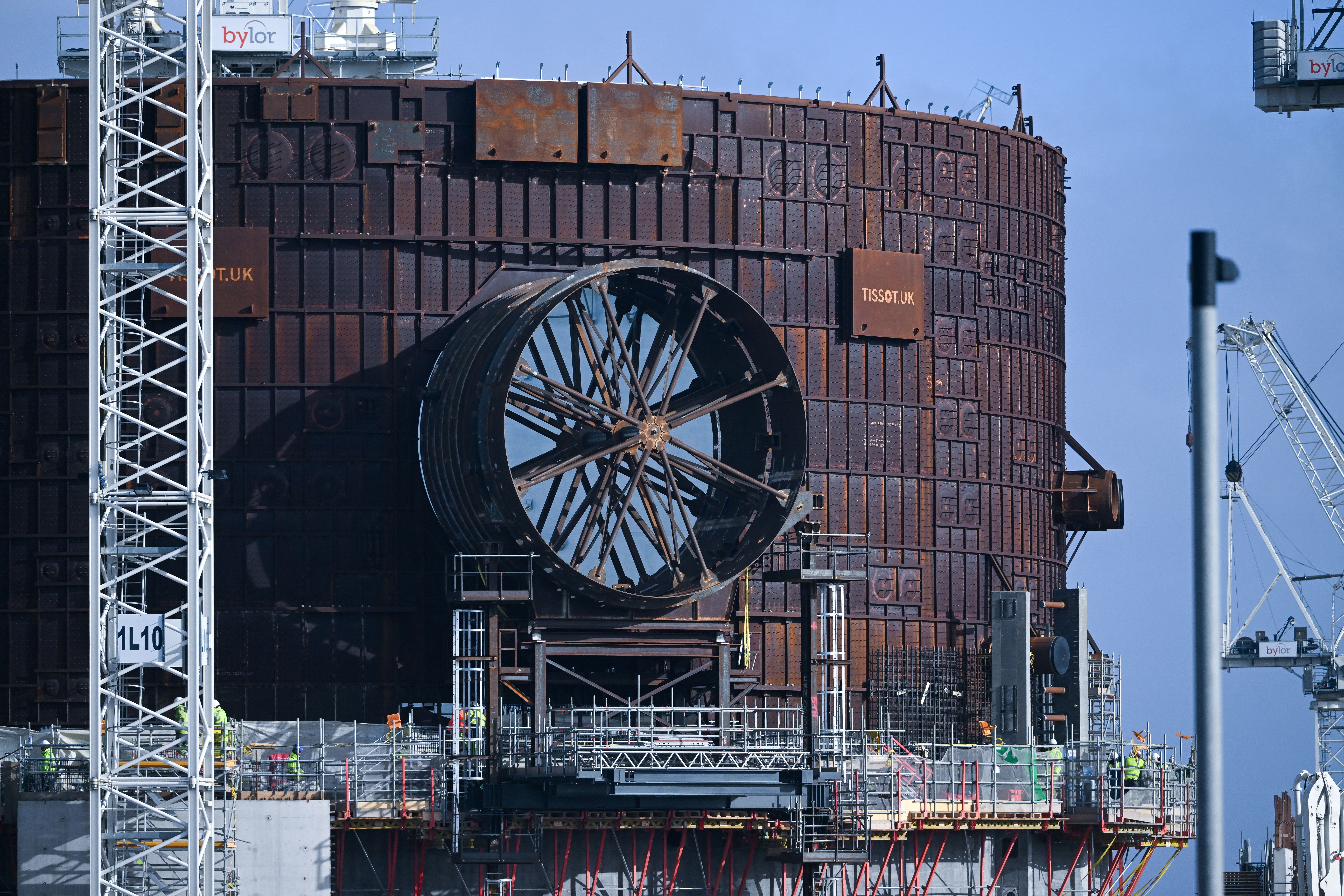 It also calls for new and advanced nuclear power.

“Today, the UK is making the big call to reverse decades of under-investment. We will kickstart a nuclear reaction to recover our global leadership in civil nuclear power and drive down costs by building at scale over the next thirty years,” the government said in the strategy.

This would more than triple current nuclear capacity to a quarter of the country’s projected electricity demand, up from 15% today.

The project could, depending on the pipeline, deliver up to eight more reactors, or the equivalent of one new reactor a year, it says.

During round table talks with the government, including Prime Minister Boris Johnson, representatives from the industry were clear what needed to be done, including restoring trust and confidence in the government itself on energy security and nuclear power.

“Industry has just seen the last decade of dithering and messing around and now has a choice of whether to stay in the UK or go to Poland, Holland, the Czech Republic, Romania, North America, etc. The government has to fix that,” says Chairman of the UK’s Nuclear Industry Association (NIA) and Chairman of Nuclear Risk Insurers (NRI) Tim Stone.

Beyond building back confidence, the government must also create a governing body that would oversee work and stop plans slipping under excessive bureaucracy, as well as a broader, more streamlined permitting process that would identify suitable sites and help lay the first brick as quickly as possible.

The current work on Britain’s only in-progress nuclear power reactor Hinkley Point C has become bogged down in an over-cumbersome planning process that has added to frustrating delays and needless overspending and dented confidence in the country’s ability to repeat the process, Stone says.

“It’s about fleet delivery, and how fast you can crank them out. It’s just turning this into an industrial process where we don’t even need to change the paint color. Just keep doing this. Just make it dull and boring,” says Stone.

Sites of existing and proposed nuclear power stations in the UK 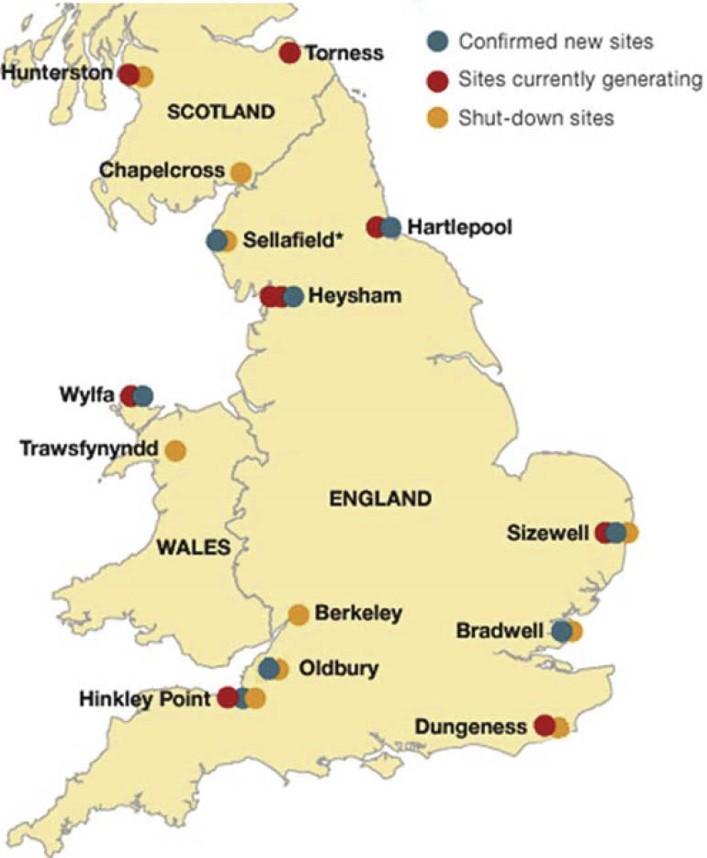 As part of the nuclear option, Britain’s Office of Nuclear Regulation (ONR) will work with other regulators to understand the potential for any streamlining, including options for collaboration and the harmonization of international approaches, a spokesperson said in an emailed response to questions.

Individual country’s regulators can spend years working on tailormade guidance and standards for each project, but if nuclear power is to ramp up at levels considered necessary by proponents, global regulators must work more closely together to avoid doubling up and to create an overarching and relevant playbook that can be deployed quickly for new projects.

“Where multiple nations have an interest in the same technologies, ONR will seek to pursue the opportunities and benefits that would arise from greater regulatory cooperation, including the potential for harmonized approaches to regulatory assessments and standards, and improved efficiency of regulatory processes, whilst ensuring we maintain the prerequisite high standards of safety and security required by the UK,” the ONR spokesperson said.

The regulator has held initial discussions with colleagues at the U.S. Nuclear Regulatory Commission (NRC) and the Canadian Nuclear Safety Commission (CNSC) to explore opportunities for collaboration, though ultimate decision on reactor design and deployment in Britain will rest on the shoulders of the ONR.

The ONR will also participate in the International Atomic Energy Agency’s (IAEA) Nuclear Harmonization Standardization Initiative (NHSI) later this year, which aims to facilitate the deployment of SMRs and other advanced nuclear technologies and is also working with the Western European Nuclear Regulator’s Association (WENRA) on safety standards and the OECD-NEA Multi-National Design Evaluation Program.

“We will continue these long-established areas of cooperation, and explore further opportunities to streamline and share learning,” the spokesperson said.

The UK government’s commitment to nuclear power as forming an essential part of the net-zero mix has been publicly applauded by those in the industry, but behind closed doors attitudes are more guarded.

An ambitious role out of nuclear power, including various large plants and SMRs, will need broad social support.

An October YouGov poll, however, showed that while 34% of the British public thought nuclear should play a major role in reducing carbon emissions from electricity generation, 43% believed it should play a minor, or no, role at all.

The government will need to work hard to convince the more than a fifth that said they didn’t know.

There is also some doubt as to the UK’s ability to deploy eight new reactors in the medium term, considering an undeveloped supply chain and a lack of skilled workers.

It is unrealistic for the UK to plan to build more than one nuclear power station at a time, according to one nuclear power plant project developer who asked to remain anonymous so as not to be seen criticizing the Great British Nuclear plan.

For concurrent builds, the UK would need time to train a workforce, build a supply chain, and get the skilled executives to manage the risk, they said.

“If the government drives it and puts its hands in its pockets to make it work, it could work, but it’s a national effort. If you want to build one a year, you must have a political and social structure that is focused on doing just that,” they said.

It would also need to be a solid enough plan to survive governments from both sides of the aisle.

“It can be done, but it’s bigger than just writing ten pages, and it requires a political will that transcends parliaments.”