The Mexican packaging material market has seen sharp price declines as of late September compared with the start of the year for polyethylene and polypropylene, two of the most traded hydrocarbons-derived products. 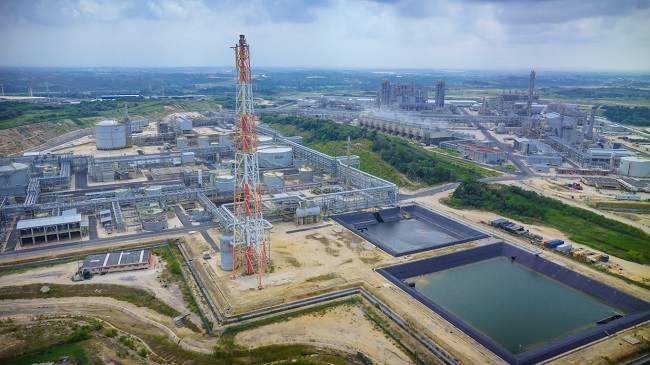 The two Mexican producers of polyethylene, the Braskem-Idesa venture in Nanchital, Veracruz and the state-owned oil and gas company Pemex, have faced problems already ongoing for about three years that have reduced the availability of Mexican-origin polyethylene.

U.S.-made polyethylene pellets that as of late Sep. 2022 continued to be offered south of the Rio Grande border, after new capacity was added this year, have more than compensated for the reduction and prices fell.

Prices of polypropylene, another plastic resin material that contributes to the manufacture of multiple products, also fell. There is only one Mexican producer of polypropylene: Indelpro, a partnership of Mexico´s Alpek and LyondellBasell. It is based in Tamaulipas, just south of Texas, in the same Mexican Gulf region where Braskem Idesa has its ethylene and polyethylene complex.

“Producers along the Gulf Coast of Texas and Louisiana have shown their capacity to produce resin is clearly bigger (as of late September) compared with the first months of the year and prices have fallen sharply,” said a Mexican market source, who requested that his name and company be withheld.

“For polyethylene, there is currently availability of polyethylene in Mexico from U.S. origin that used to be sold anywhere from $1,300 to $1,500 per tonne now imported into Mexico in the order of $1,130. This is for a linear low density (LLDPE) very common in flexible packaging,” the source said.

“And those of high density (HDPE) for blow molding have seen the greatest increase in availability,” he added.  Some of those grades are more expensive than LLDPE and can be obtained currently at $1,250 per tonne, the source said.

Such pricing does not include Mexican customs but does include some logistic costs involved in crossing the border, the source said.

The material arriving into Mexico is “what producers couldn´t sell in the U.S. and now want to export,” the source said.

Earlier in 2022 polypropylene prices in Mexico reached historic highs. “We´re talking about $3,000 per tonne at the start of the year,” the source said.

For homopolymer polypropylene, “the most common grades reached up to $3,000 per tonne and today you can find them at $1,800 per tonne, with a tendency to decline,” the source said.

Polypropylene is used in Mexico for final products like pails. Pellets trading in Mexico is heavily tied to the production of different forms of packing material, like BOPP.

Demand for autoparts containing polypropylene doesn´t have a direct impact. Mexico has one of the world´s ten biggest automotive assembly industries with presence of most major brands.

“In the autoindustry there is significant use of polypropylene but this is after it´s already modified. There´s a part in the supply chain, called the compounds, where polypropylene is the basic resin and gets other material added like fiberglass,” the source said.

Mexico probably produces about 300,000 tonnes per year of polypropylene, he added. The source estimated the percentage of polypropylene imported into Mexico at 30% of the total market.

“That resin is in part for consumption within Mexico. An important part is for export to the U.S. from Mexico. In Mexico there are companies like P&G, Nestle, global companies that have production in Mexico and that export their production, mostly to the U.S. but also to other countries,” the source said.

“The main distributors of Pemex and Braskem, the national distributors, are importing about 70% of polyethylene and may be selling monthly about 50,000 tonnes per month,” the source said, when asked to estimate the size of Mexico´s polyethylene market.

“I would think that Pemex production, that has been considerably lower against the production that they once had, must still be about 150,000 tonnes per year or maybe a bit more,” the source added.

As for Braskem Idesa, its capacity is 1.1 million tonnes per year of polyethylene but as of the second quarter they operated at 67% capacity. Braskem Idesa has run at lower rates due to feedstock supply problems but a new terminal will allow to run at full rates by 2024.

Mexico is a leading export market for U.S. plastic resin production due to rail integration and a free-trade accord.

North America is seeing four million tonnes of new polyethylene production capacity in 2022, by far most of it in the U.S.

The first 1.3 million tonnes of new capacity, from the Exxon Mobil and Sabic venture in Corpus Christi, Texas, started in January. Bayport Polymers, also in Texas, was also set start this year. Shell is starting a plant with 1.6 million tonnes per year in Pennsylvania also in 2022. Nova is also adding polyethylene capacity in Canada near Detroit.

As for polypropylene, Canada will see a full startup by Brookfield Infrastructure in Alberta before the end of 2022. There is also added capacity in Louisiana, according to a source.

“Mexico produces both polyethylene and polypropylene, but not like before. We were once in the top five. We still have an important production with three important centers,” the Mexican resin market source said.

In the case of Braskem Idesa the company faced for most of 2020 and 2021 negotiations that led to significant contract changes with Mexico. Pemex had its own problems, including mechanical and reduced ethane production, which also impacted Braskem Idesa. Both Braskem Idesa and Pemex run below capacity. Ethylene production also requires ethane imports, that also mainly come from the U.S.

“As far as installed capacity, there is in Mexico capacity to produce 50% of the polyethylene requirements but in the last years the local production has represented only about 30% and imports about 70%, roughly, and depending on the grades,” the source said.