The U.S. Gulf Coast will see the first wave of petrochemical projects begin operations in 2017 and learnings on areas such as feedstock availability and operating margins are spurring strategic decisions on a second wave of construction, analysts told Petrochemical Update. 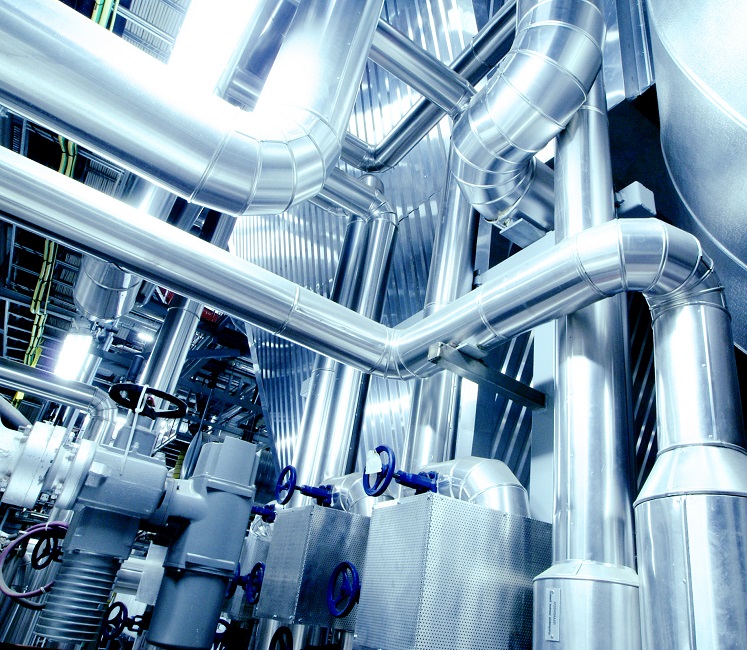 $85 billion worth of petrochemical projects has been completed or started construction in the U.S., and another $100 billion has been proposed. (Image credit: Nostal6ie)

Four crackers totaling more than 5 million tonne/year of ethylene capacity are slated to start operations this year along the U.S. Gulf Coast. Five more are under construction and expected to begin operations before the end of 2019.

Some 10.3 million tonnes of ethylene capacity will enter the U.S. market before the end of 2019, according to global petrochemical market information provider ICIS. 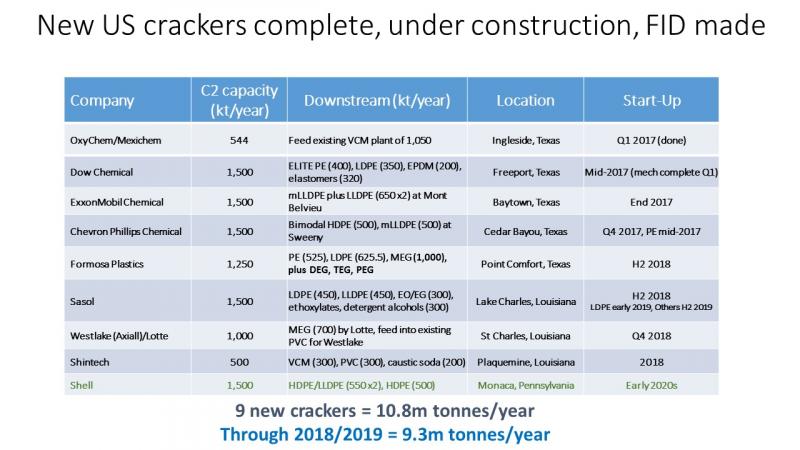 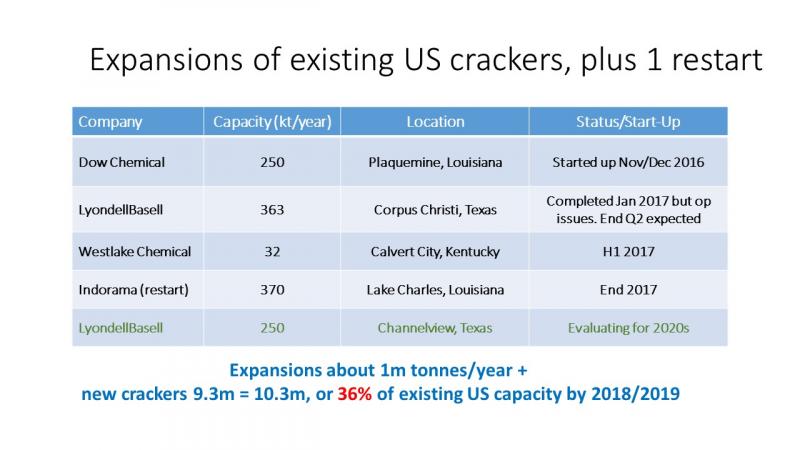 The first wave of construction projects was unprecedented in terms of growth, and the race to build so many ethylene crackers quickly and simultaneously led to implications for the industry. Labor and raw material shortages resulted in higher costs during the first wave of construction, as companies largely did design, procurement and construction at the same time and had to compete for both materials and labor. The rush to build led to engineering challenges as well.

“One thing LyondellBasell won’t do this time is rush on front end engineering. It was one of the first companies to debottleneck and lift cracker capacity on the U.S. Gulf in the initial wave of shale-based petrochemicals investment. It has time now to be more considered as it maps out the lie of the land,” said Nigel Davis, Insight Editor at ICIS.

LyondellBasell CEO Bob Patel conceded to investors at its Investor Day in April that the company had rushed a few projects early on as it was learning and maturing and would make sure it had the up-front scope right early on next time around.

Sasol had to announce in June 2016 that its costs to build the cracker and derivative unit in Louisiana spiked from $8.1 billion to $11 billion. The cost increase was attributed to construction delays caused by higher than expected rainfall, higher labor costs, and lump sum contract prices being higher than originally estimated.

Other general challenges included poor communication and planning such as language barrier issues between foreman and craftsman, and making basic poor timing choices such as pouring concrete on the U.S. Gulf Coast on a hot summer day when temperatures might soar to 100 degrees Fahrenheit or higher, Davis said.

Strategic decisions on the second wave

“While many projects were shelved or in doubt amid the crude oil price decline in 2014-2015, the recent relative stability in oil coupled with a renewed sense of optimism on long-term global demand growth is spurring a new round of project announcements and activity,” Joseph Chang, Global Editor of ICIS Chemical Business said.

Total announced a joint venture with Borealis and Nova Chemicals to build a 1 million/tonne year cracker in Port Arthur, Texas, and a new 625,000 tonne/year polyethylene plant in Bayport, Texas. A final investment decision (FID) is expected by the end of 2017 and start up by the end of 2020.

Shell announced in April that it would start construction on its 1.5 million tonne/year cracker and polyethylene project in Monaca, Pennsylvania in late 2017, with startup expected in the early 2020s.

Dow is expected to introduce capacity additions ahead of its merger with DuPont that will set the stage for the next bigger projects.

“Dow will soon give details on investments that would provide a springboard to drive the next chapter of Dow’s growth trajectory,” Andrew Liveris, CEO of Dow Chemical, said during Q1 earnings calls.

ExxonMobil and Sabic selected a site near Corpus Christi, Texas for their 1.8 million tonne/year joint venture cracker complex which will include polyethylene and mono ethylene glycol production. An FID has not been made.

“For now, only Shell has made a final investment decision for its cracker and downstream PE plants in Pennsylvania. However, recent new announcements by SABIC/ExxonMobil selecting a site near Corpus Christi, Texas and a joint venture being created between Total, Borealis and NOVA Chemicals to build a new cracker in Port Arthur and new PE plant in nearby Bayport, Texas are giving clearer visibility to the 2nd wave,” Chang said.

“Yet the 2nd wave will clearly be weaker and more spread out timing-wise than the 1st wave,” Chang added. 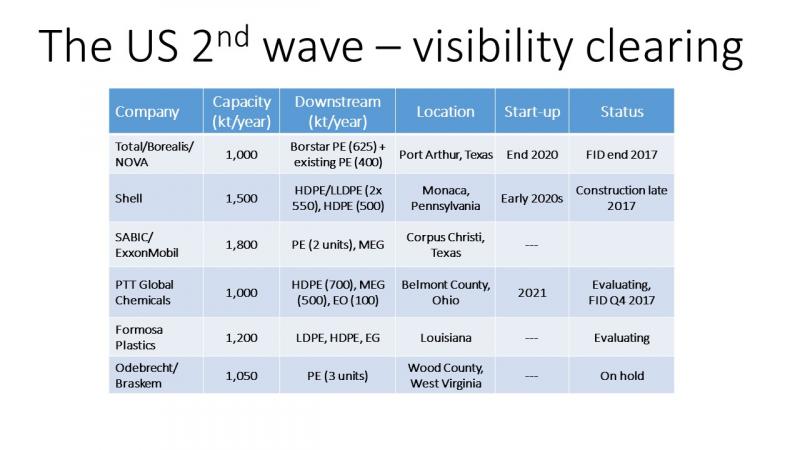 Second wave will not be ethane centered alone

LyondellBasell is evaluating expansion plans for ethylene, polyethylene, propylene and polypropylene (PP) in the U.S., CEO Patel said at the company investor day in April.  LyondellBasell plans to make a FID in the third quarter of 2017 on its propylene oxide/tertiary butyl alcohol project for startup in 2021.

Additionally, around 5 Bcf/day of additional liquefied natural gas (LNG) export capacity is expected to be completed by 2020.

The skilled labor shortage remains an issue. A large portion of the skilled labor force that previously worked on petrochemical projects in the Texas/Louisiana U.S. Gulf Coast has been recruited to build the four nuclear facilities in Georgia and South Carolina.

Owners will need to factor in price increases for key raw materials such as steel and specialty alloys, which remain structurally short in the U.S. 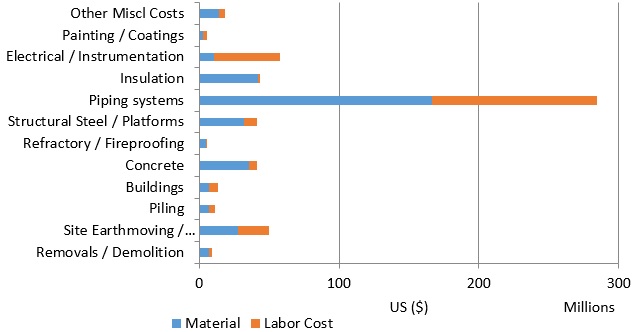