Mexican state oil company Pemex, which owns six refineries in Mexico as well as the recently transferred Deer Park refinery in Texas, reported in late February that its petrochemical production declined in 2021, a year when worker accidents surged and emissions rose. 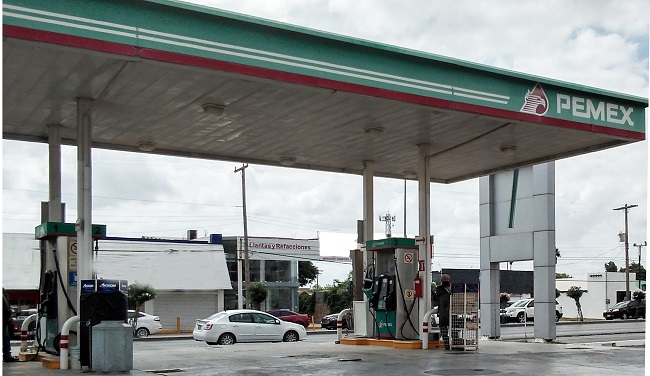 Pemex said on Feb. 28, 2022, along with its fourth quarter 2021 earnings report, that its production of petrochemical products, including nitrogen, for the October-December 2021 period was 339,000 tonnes, or 8% less than a year earlier.

Pemex owns the Salina Cruz refinery with 169,000 barrels per day (bpd) of capacity in Oaxaca state, the Minatitlan refinery in Veracruz with 143,000 bpd, the Salamanca refinery in Guanajuato with 115,000 bpd, the Tula refinery in Hidalgo with 111,000 bpd, the Cadereyta plant in Nuevo Leon state with 107,000 bpd and Madero in Tamaulipas with 95,000 bpd.

On January 20, 2022, Pemex completed the purchase of the Deer Park refinery, located near Houston, Texas, with 340,000 bpd. Petrochemical production assets include Cosoleacaque, Cangrejera and Morelos in Veracruz state.

The frequency index for Pemex employees was in 2021 0.36 accidents per million man-hours worked with exposure to risk, a 46% increase from a year earlier.

The company will put in place a “zero tolerance” plan that includes corrective programs.

Sulfur oxide emissions amounted in 2021 up to nearly 1,305 tonnes, a 24% increase compared with 2020 because of failures in some sulfur recovery systems, Pemex said.

“The increase was due to failures in compression systems of gas processing complexes and increases in production at Pemex Exploration and Production and in the refining process, coupled with low use of associated gas,” it said.

The company will tackle the emissions increase through “the implementation of a new strategy” that consists mainly in the closure of wells with a high gas-to-oil volume ratio.

In addition, in 2021 the water reuse index was 0.127, a 14% decrease compared with 2020. This was mainly because the Madero and Tula refineries reduced their water reuse.

Pemex said that improvement was already noticeable in the last months of 2021.

Along with rising emissions and safety challenges, the company is also facing a decline in petrochemical production.

In the fourth quarter of 2021, Pemex petrochemicals production recorded 339,000 tonnes or an 8.3% decrease from the preceding quarter.

Pemex said this was due to problems including lower refinery runs than usual at Madero, and also due to operational problems in an ethylene plant at Morelos. There was also an electrical failure at La Cangrejera that caused the operating shutdown, Pemex said.

Pemex said it has plans to “rehabilitate the Cangrejera petrochemical complex.”

Pemex production of propylene and derivatives was more than halved to only 22,000 tonnes compared with the same quarter a year earlier.

During 2021 the company´s total ethane derivatives production decreased by 112,000 tonnes from a year earlier “mainly due to operational problems in the derivatives plants and in auxiliary services,” Pemex said.

Production of other petrochemicals, including hexane, pentane, butane, raw butadiene, polyethylene waxes, heptane, hydrogen, nitrogen and pentanes added up to 65,000 tonnes in the fourth quarter, down from 86,000 tonnes in the previous quarter and 88,000 tonnes a year earlier.

The total production by Pemex classified as petrochemical for all of 2021 was 1.36 million tonnes or down 1.5% from 1.39 million tonnes in the previous year.

In 2021 the production of aromatics and derivatives was 93,000 tonnes, a 5% increase from 89,000 tonnes in 2020. During 2021 propylene production decreased by 3,000 tonnes from the previous year due to lower production at La Cangrejera and Morelos petrochemical complexes.

Pemex has been very successful in one front. It has been able to slash losses related to fuel theft.