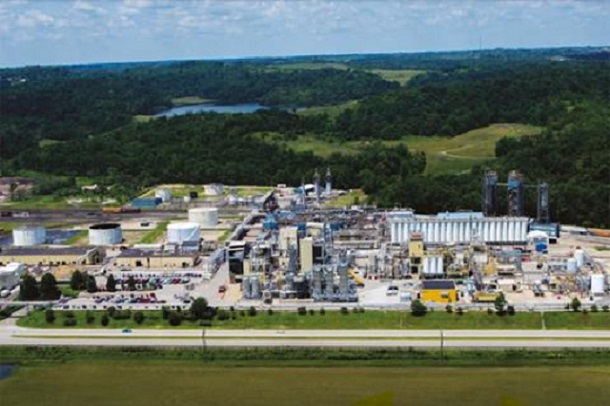 Solvay has started works related to expansion plans that include installing equipment to increase sulfone polymers capacity at its plant in Marietta, Ohio, according to a mid-May publication by the USW Oil Workers union.

“Local 14200 President Gregory May said the company (Solvay) has not said how many workers it will hire as a result of the expansion, but unionized contractors and USW workers will be installing the new equipment,” according to the release.

The Marietta expansion will increase capacity with completion scheduled within two years of one of its sulfone polymers products, polysulfone, which is a rigid, high-strength plastic pellet, it said.

“First steps in this initiative will add more than 25% of capacity for both Udel polysulfones and basic dichlorodiphenyl sulfone at the company’s production sites in the U.S. by 2024,” Solvay said at the time.

“This new multi-year program marks an important step in our strategy for future growth and affirms our number one position in the U.S. sulfone polymers market,” said at the time Carmelo Lo Faro, president of Solvay's Materials segment.

“After eight straight gains totaling 6.9%, for-hire tonnage finally slid back in April. Despite being the largest sequential drop since August 2020, the index was still above where it started in 2022 and a year earlier,” said Bob Costello, chief economist of the Arlington, Virginia-based association.

"While I expect contract freight to outperform spot market freight, the rate of growth will be slower than in 2021. Most contract carriers are still struggling with maintaining enough capacity, both equipment and drivers,” he said.

Trucking represents over 72% of U.S. tonnage carried by all modes of domestic freight transportation, including manufactured and retail goods. U.S. trucks hauled 10.23 billion tons of freight in 2020, according to the ATA.

Trucking is important for chemicals. Most chemicals are moved by rail.

California´s current drought as of the late spring 2022 may be extended and if so this would slash by as much as half the summer hydropower generation which would result in an increase in natural gas use and also in emissions, according to a June 1, U.S. Energy Information Administration (EIA) report.

“California has a diverse electricity fuel mix and is highly interconnected with the regional electric grid, but our study shows that a significant decrease in hydropower generation this summer could lead to higher electricity prices, among other effects,” said EIA Administrator Joe DeCarolis.

Hydropower is typically California´s third-largest source of electricity. The state relies heavily on snowpack that forms in the winter season. The snowpack was above normal as of December 2021, but 40% below normal levels by April 1 of this year.

Hydropower would produce 8% of California’s electricity generation in a drought year, compared with 15% under normal precipitation conditions, the EIA said.

Global emissions increased in 2021 due to greater use of fossil-based energy, challenging climate goals.

Mexico´s National Association of the Chemical Industry, or Aniq for its Spanish acronym, said on May 26 that the Mexican chemical industry helped manufacture just in January 2022 over 418,000 polyurethane autoparts like vehicle seats and mattresses.

Output of polyurethane products included 2.6 million pieces of sportswear and clothing during that same month, the association said.