Availability became plentiful immediately after the pandemic hit in 2020 due to multiple turnaround and construction postponement turning the contractor business into a buyer’s market. Yet the delays may lead to a bottleneck into the coming years. 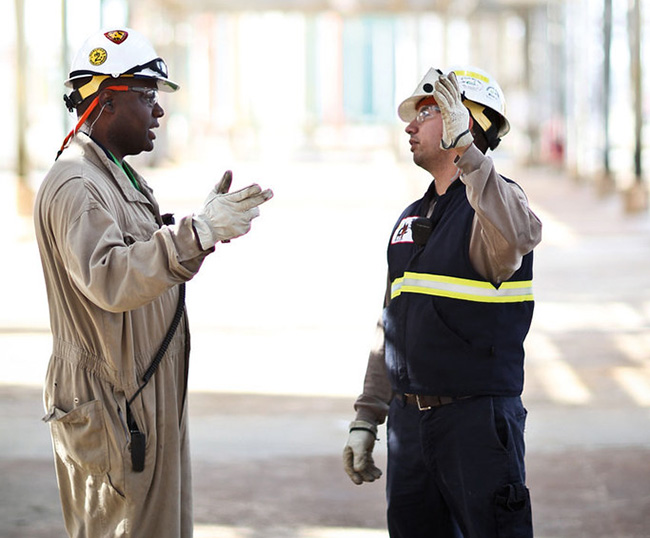 Turnaround contractor costs may spike in 2021 and 2022 because availability will tighten after Covid-19 spread forced multiple deferments and cancelations in 2020.

The year “2021 is going to be very busy. We can expect labor and shop shortages,” said Heith Robey, turnaround leader for Celanese Chemicals, speaking during the Reuters Events Downstream Conference in mid-June.

While resource availability “is great now, it will be extremely challenging going forward,” he added.

“Delayed jobs will result in decreased labor availability and increased cost for 2021 and beyond,” he said.

Celanese is a Dallas-based company with production sites in the U.S., Mexico, Asia and Europe. It owns the U.S. biggest vinyl acetate monomer (VAM) plant, located in Clear Lake, Texas.

Other petrochemical turnaround planning and execution executives shared similar concerns during the conference.

Tight market for the next years

“Most (companies) have delayed turnarounds until a later date. Q1 and Q2, 2021, seem to be the popular destinations, and some are still evaluating how best to proceed,” Robey said.

Because of the delays, part of the contractor workforce that lost work possibilities in 2020 likely sought opportunities in other areas and may not even return, Robey said. This could add to the challenges.

“Contractor labor has been sidelined. Most have reduced permanent staff,” Robey added.

As a result, “support contractors will become a bottleneck at some point,” he said.

Celanese, a company with 7,700 employees worldwide and $6.3 billion in net sales in 2019, has taken different approaches.

Calculating the increased costs of delayed and postponed turnarounds is not easy.

Costs, including any lost profit opportunity, need to be considered when taking decisions such as planning a turnaround with fewer people that would require a longer time.

One must calculate “lost profit opportunity and your unit costs per day,” he added.

Planning for 2022 may be already too late

Victor Ortega, vice president, and technical site manager for Covestro, said that any turnaround planning for 2021, or even 2022, is probably too late as of mid-2020.

Ortega works in asset management and turnarounds at the company’s Baytown, Texas plant. Covestro, with headquarters in Leverkusen, Germany and operations in the U.S. Mexico, and Asia, resulted from a Bayer spinoff in 2015. It's U.S. headquarters is in Pittsburgh.

“We normally go with locking up contractors, I would say 6 to 9 months before the execution of the turnaround,” he said.

But the anticipated contractor tightness is “forcing us to go earlier,” Ortega added.

Even when contractor availability is secured, turnaround managers would have to assure that quality would meet standards.

“We have a partnership with the work contractor so we really expect to have an open channel with them and discuss honestly if they can deliver the good quality contractors craft that we are used to,” Ortega said.

“If not, I think we are going to need to move turnarounds, adjust turnaround durations so contractors can secure those resources,” he said.

“We’re going to need to be flexible,” Ortega added.

Because of a “cascade effect” the impact of maintenance delays in 2020 will be felt for as long as into 2025, said Walter Pesenti, global petrochemicals operational excellence manager at BP.

“There is also an impact in the next three to five years because if you move a turnaround this year to next year, you are going to have to give a lot of space to plan for the next turnaround,” he said.

“So the one for next year most likely we are moving to the year after, so you are going to see that cascade effect for the next three to five years in order to go back to what we call the normal interval of the turnaround,” he added.

Material availability required for turnarounds may also remain an issue.

“Materials coming out of China was an issue for us so we postponed not so much for the economic but for the materials. We’ve seen an impact globally,” he added during the mid-June conference.

BP announced on June 29 the sale of its petrochemical global business to Ineos. It expected to complete the transaction by the end of 2020.

Costs to rise as margins tighten

The likelihood of increasing costs will come at a time when downstream and upstream may see narrowing margins in a lower crude oil price environment.

There will be cost to “making sure that we have the availability and the right pieces in place” at the precise time they are needed, said Cindy Gross, maintenance, reliability and turnaround director at Ascend Performance Materials, a nylon and intermediates producer.

While there may be a need to be flexible, for some it would be more important to assure “the right maintenance is done at the right time,” she said.

“I think the impact of projects that interact with turnarounds is even bigger,” Gross said.

There is the question whether the ongoing screening would lead to results “in the timeframes we need to be able to do good planning in 2022, 2023,” she added.