Shock therapy for the US sustainability movement

“Complete this sentence: In 20 years’ time, we will look back on Trump’s victory as a Good Thing because…”.

So reads a tweet from sustainability adviser @davidbent. Clutching at straws? You might well think so. The President-Elect’s stance on everything from climate change (“a Chinese hoax”) to the Environmental Protection Agency (“a disgrace”) hardly oozes optimism. And that’s before we get to the casual racism, the “locker room banter” and all …

Of course, working out what lies behind the shock-jock rhetoric is no easy task. Like you, I expect, I’ve spent much of the last few days listening to various pundits, Trump advisers among them, trying to predict what the man will actually do once in the Oval Office.

For now, we only have what he’s said to go on, and that ain’t pretty. He’s talked of rolling back virtually all the environmental regulations put in place under Obama, slashing federal support for clean energy (including nuclear, interestingly) and pulling out of the Paris climate accord. He donned a miner’s helmet at campaign rallies against a backdrop of signs proclaiming ‘Trump digs coal’, and talked of free rein for fracking, oil and all fuels fossil. 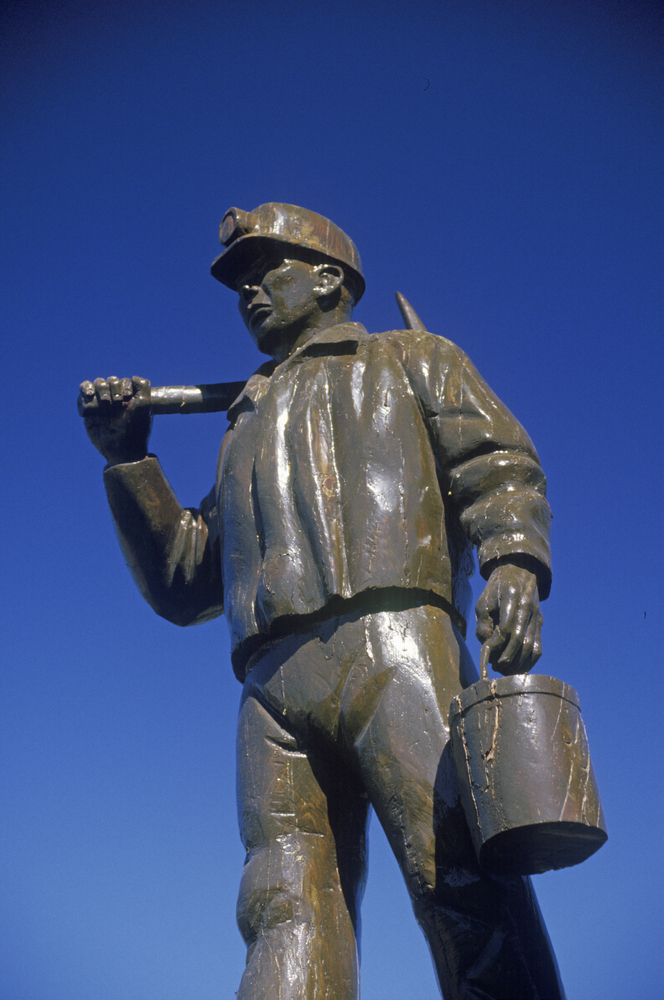 And with Republicans in control of both houses of congress, along with the Supreme Court, there seems to be no legal power in the land to stop him. One early indication bodes particularly ill: one of the first appointments to his transition team was Myron Ebell of the Competitive Enterprise Institute, one of America’s most outspoken climate sceptics.

Environmentalists on both sides of the Atlantic have reacted with predictable horror, and no one seems keen to clutch at straws. But if you can pull enough straws together, you can make a bale big enough to float on. So let’s give it a go …

For starters, remember that this was the first election campaign of the Age of the Trolls. A reality TV age, where people routinely fling insults, and moderate discourse is just so last century. In other words, let’s not mistake every campaign slogan for a policy statement. Look at the contrast between Trump on the trail (“Crooked Hillary”) and his surprising grace-in-victory, when suddenly it was all “Secretary Clinton” and “an honour to meet President Obama”. It reminded me, bizarrely, of the game of cricket: the fast bowler’s spitting feathers and trying to knock your head off, the wicket keeper’s whispering that “you’re f-ing crap and you know you are”, but after the match you’re still sharing a beer with them both.

Second, if the man’s good for anything at all (yes, I know…) it’s making deals. And deal makers have to be pragmatists: people whose sense of direction is guided by the dollar, not ideology. And politics, too, is the art of the possible. Trump’s knee-jerk hostility to environmentalism is of a piece with his conservative instincts – climate science has long been branded a liberal obsession – and so scepticism curries reliable favour with his fan base. But he wouldn’t be much of a dealmaker if he didn’t spot opportunities. And right now, all the opportunities are in cleantech.

The speed and scale of the solar and wind revolution, in particular, is threatening to make coal history even without climate concerns. Already, solar employs more than four times as many Americans as coal – and it’s expanding fast. Some of America’s boldest and brightest – from Tesla to Google – are betting big on renewables. This is a commercial wave that the Dealmaker-in-Chief would be ill-advised to miss. Most major corporates have, to some degree at least, hard-wired sustainability into their operating systems, and won’t see it in their interest to start unpicking that now – particularly when much of the rest of the world continues to demand high standards.

Ah yes, the rest of the world. With the possible exception of Russia and the Gulf states, Trump will struggle to find many fellow travellers on the path of denial. The two emerging giants, China and India, have both shifted position dramatically in the past decade. China in particular is closing down coal and investing massively in renewables – not least in the hope of cashing in on the growing international appetite for clean energy technologies. It won’t take kindly to an America that tries to take them off the menu. China could also be quick to seize political advantage among the many small states – notably in the Pacific – that are particularly vulnerable to climate change, and so keen to see the rich world come up with action (and, more cynically, funds). America could rapidly find itself cast as Pariah Number One if it stands in the way. And for all its resurgent isolationism, that’s not a comfortable place to be. 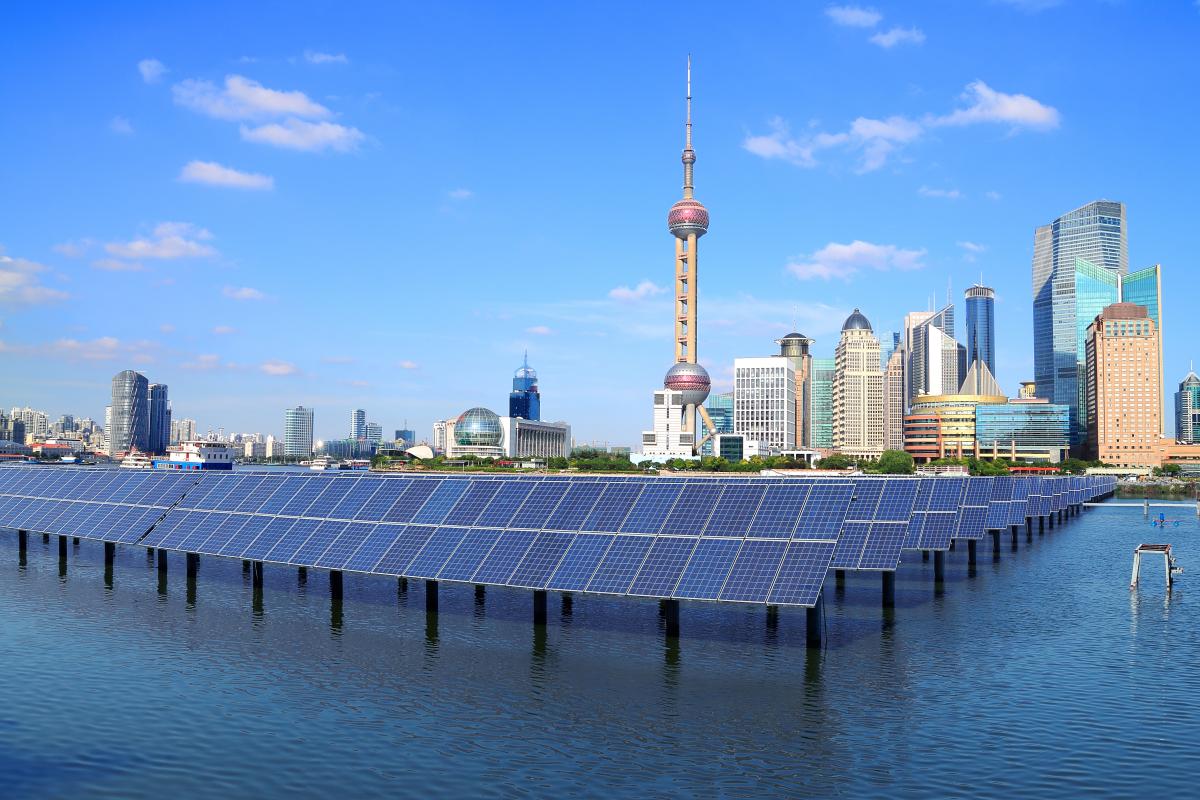 As to the climate accord, leaving – like Brexiting – isn’t that easy. The Paris signatories have to give four years’ notice – a provision that was referred to unofficially by climate negotiators as ‘Trump-proofing’. And it’s not only the legal niceties that might give the new administration pause. The US scientific establishment is solidly aligned with the mainstream climate consensus. It’s one thing to rail against that as a maverick outsider, quite another for the President and Commander-in-Chief to be at open odds with every credible scientist in the land, not to mention the Pentagon, which has defined climate change as an existential threat to the US.

Last but not least, President Trump might shake the sustainability movement out of the complacency which has, inevitably, come with its being accepted into the establishment. Once upon a time, environmentalists and climate campaigners were seen as the rebel brand – on the outside, throwing rocks. Now they’re lambasted as part of the liberal mainstream. It might do them no harm to recover some of that “outsider energy”, that passion and fire. One thing is for sure: over the next four years, they, and the world, will need it as never before.

Martin Wright is a writer, editor and speaker on environmental solutions and sustainable futures, and an adviser and contributor to Ethical Corporation.

The appointment of one of America’s most outspoken climate sceptics, Myron Ebell, does not bode well.

Trump wouldn’t be much of a dealmaker if he didn’t spot opportunities. And all the opportunities are in cleantech

Can the Commander-in-Chief remain at open odds with a Pentagon that sees climate change as an existentialist threat?