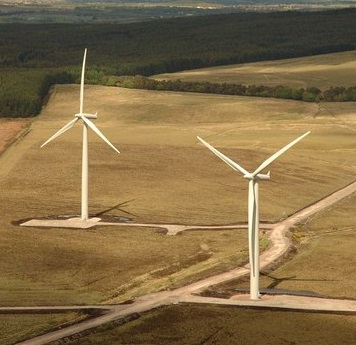 UK onshore wind developers will once again be allowed to compete against other renewable energy types for government subsidies, according to new rules announced by Boris Johnson's Conservative government March 2. 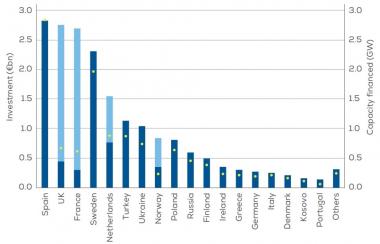 Onshore wind developers will now be able to compete against solar projects for contracts for difference (CfDs) in the next tender round in 2021, the government said March 2.

The government plans to introduce "tough new guidance on community engagement for developers of onshore wind," it said.

"It will remain the case that no English onshore wind project can proceed without the consent of the local community," it said.

“Since announcing its 2050 Net Zero target last year, this is one of the first clear signs that the Government really means business," ScottishPower, the first UK utility to generate 100% of its electricity from wind, said in a statement.

"We've built a strong pipeline of onshore and solar projects and today's announcement is a great boost for renewed investment in green infrastructure and jobs,” the company said.

Floating wind projects may also be eligible to bid for CfDs, the government said.

Offshore wind will play a critical role in meeting the U.K.'s net zero targets. UK offshore wind capacity is currently around 10 GW and the government plans to reach 40 GW by 2030.

Last month, UK energy regulator Ofgem announced it would develop a new offshore transmission system to minimize the cost of rapid growth in offshore wind power in the coming years.

German turbine supplier Nordex increased its order intake by 31% in 2019 to 6.2 GW and met its full-year sales and operating profit targets, the company announced March 9.

Some 51% of new orders were in Europe while 28% came from North America, 18% from Latin America and 3% from the rest of the world, Nordex said.

"Demand for our highly efficient turbines remains strong, which means we have a high volume of orders and are starting 2020 with a well-filled order book," Jose Luis Blanco, CEO of the Nordex Group, said in a statement.

"We also used the past year to introduce new turbine models to the market and expand our production capacity worldwide," Blanco said.

Turbine demand is particularly strong in the US, where Nordex is the fourth largest supplier, as developers race to meet federal tax credit deadlines.

The U.S. is forecast to install a record 18.5 GW of new wind capacity in 2020, far outstripping the previous record of 13.2 GW set in 2012, according to the latest data from the U.S. Energy Information Administration (EIA).

Lawmakers in the US state of Virginia have passed a clean energy bill which sets an offshore wind target of 5.2 GW, double the capacity approved by Governor Ralph Northam in September.

Approved by the Senate March 6, the Virginia Clean Economy Act requires utilities to source 30% of electricity from renewable sources by 2030 and install 2.7 GW of energy storage by 2035. The bill also includes measures to support energy efficiency and electrification of transport.

In September, Dominion Energy filed a proposal to the PJM grid operator to build 2.6 GW of offshore wind capacity. The filing by Virginia's largest utility came after Governor Northam signed an Executive Order that targeted 2.5 GW of offshore wind by 2026.

Dominion Energy has selected Siemens Gamesa as preferred turbine supplier for the project.