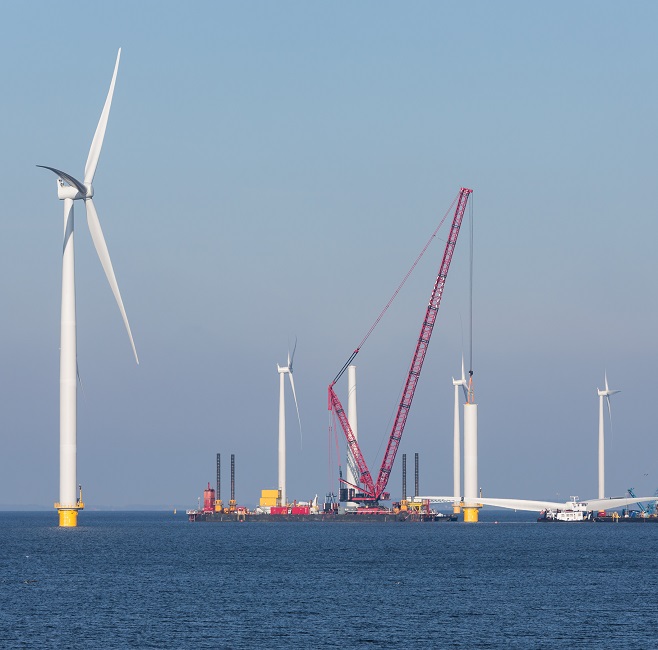 "For the first time renewables are expected to come online below market prices and without additional subsidy on bills," the government said in a statement.

Equinor and SSE were awarded contracts for difference (CFDs) for three 1.2 GW projects at Dogger Bank in the North Sea which will be brought online in 2023-2025. SSE also won a CFD for its 454 MW Seagreen Phase 1 project in the Firth of Forth off the Scottish coast. Innogy was awarded the 1.4 GW Sofia Offshore Wind Farm project located on Dogger Bank. Floating wind developer Cierco was awarded a 12 MW demonstration project in the Firth of Forth.

In March, the government signed a 250 million-pound sector deal with the offshore wind industry, targeting one third of the UK's electricity from offshore wind by 2030.

The UK currently has 8 GW of installed offshore wind capacity and plans to tender for 2 GW per year of new capacity over the coming decade.

This latest auction "confirms the UK’s position as the leader in offshore wind in Europe," Giles Dickson, CEO of industry group WindEurope, said

The UK has the largest capacity auction plans in Europe and the "best" auction model through CFDs that deliver the lowest overall cost to society, Dickson said.

Dominion Energy has filed to the PJM grid operator a proposal to build 2.6 GW of new offshore wind capacity by 2026 off the coast of Virginia, U.S., the group announced September 19.

The filing represents the largest U.S. offshore wind project to date and comes after Virginia Governor Ralph Northam signed an Executive Order targeting 30% of electricity from renewable sources by 2030, including 2.5 GW of offshore wind by 2026.

"Governor Ralph Northam has made it clear Virginia is committed to leading the way in offshore wind. We are rising to this challenge with this 2.6 GW commercial offshore wind development," Mark D. Mitchell, Vice President of Generation Construction at Dominion Energy, said in a statement.

In June, Dominion Energy began construction of its 12 MW Coastal Virginia Offshore Wind (CVOW) project, the first fully-permitted offshore wind farm in the US. The project is due online in 2020.

"Dominion Energy will leverage key learnings from the permitting, design and development of that project as it goes through a similar process for commercial offshore wind development," it said.

Orsted has selected the giant Haliade-X turbines for its 120 MW skipjack project due online in Maryland in 2022, and its 1.1 GW Ocean wind project in New Jersey, scheduled online by 2024, the Danish group said.

The Haliade-X is 250 metres tall and has a 220-metre rotor, around a third longer than today's operational 8 MW models. The turbine will achieve a capacity factor of 63% which is five to seven percentage points higher than the current industry benchmark, GE said at the product launch in 2018.

“We look forward to introducing the next generation offshore wind turbine to the market," Martin Neubert, Executive Vice President and CEO of Orsted Offshore, said in a statement.

"For decades, Orsted has pioneered the introduction of new technology and new suppliers which has been fundamental to drive down the cost of electricity," he said.

Senvion in talks to sell services, assets to Siemens Gamesa

"The parties are now entering final negotiations and, if final agreements are reached, expect that the necessary decisions will be taken by the end of September," Senvion said.

Senvion will retain financial arrangements that secure ongoing business activities over the timeline of the talks and some production jobs will be secured until into 2020, the company said.

"For the remaining business areas, the company continues to explore further options and negotiations with investors," it said.