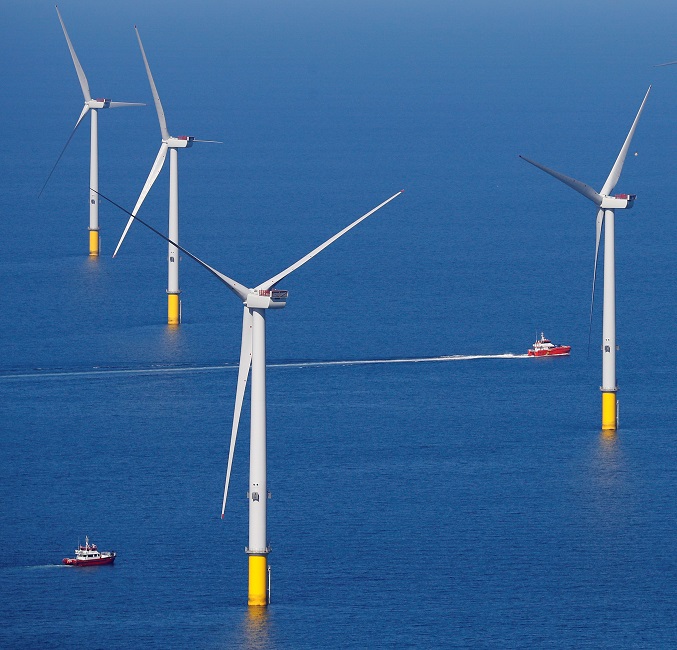 Equinor's 88 MW Hywind Tampen project in Norway, due online in 2022, will use only 19 anchors for 11 turbines in a "shared anchor" system. This is a sharp reduction from Equinor's Hywind Scotland project, online since late 2017, where 15 anchors are used to secure five turbines.

A symmetric system where each anchor holds three lines reduces the number of anchors by two thirds. Through greater interconnection, a six line anchor system can reduce this number further. Anchor sharing can also reduce the overall forces acting on the anchors, as the forces from different turbines are "counteracting in direction, therefore in effect can cancel each other," Nuernberg noted.

This allows developers to deploy smaller anchors at lower cost, he said. The anchors at Equinor's Hywind Scotland project measure 16 meters tall, 5 m in diameter and weigh approximately 300 tons each.

Mooring accounts for around 10 to 15% of total floating wind costs. On a wind farm of 100 turbines, shared anchor systems could reduce mooring costs by up to 20%, Nuernberg said.

“With the very dynamic response of the platforms, some problems have been identified with mooring line connection requiring earlier maintenance and replacement due to fatigue issues," Nuernberg said. Appropriate design of the connection points will be key, he said.

The replacement of chains with fibre ropes can reduce mooring cost by a half, Tor Anders Nygaard, Principal Scientist at the Norwegian Department of Wind Energy, told Reuters Events.

By using new materials, Ideol aims to halve installation costs, which currently represent around a quarter of total capex.

Developers may also want to use a higher number of shorter, more lightweight mooring lines through shared anchor systems, to allow the use of smaller, lower cost vessels, Choisnet noted.

The use of reels of synthetic mooring lines rather than bundles of chains could also optimise vessel use and specialist vessels would further accelerate construction, he said.

Shell has invested in several floating wind technologies and is currently researching the use of in-line spring damper systems to reduce peak loads and minimum break loads for all the components, Liagre said.

This would "significantly" reduce the cost for mooring systems in more shallow waters, he said.

Online tensioners could also be used to remove the need for deck machinery, while certain top connectors could enable faster mooring line hook up and disconnection, Liagre said.

Flexibility in mooring systems will be key if developers intend to tow large numbers of turbines back to shore for maintenance, Nuernbeg noted.

“Plug and play is probably where everyone wants to be with these when distances reach several hundred kilometres offshore," he said.