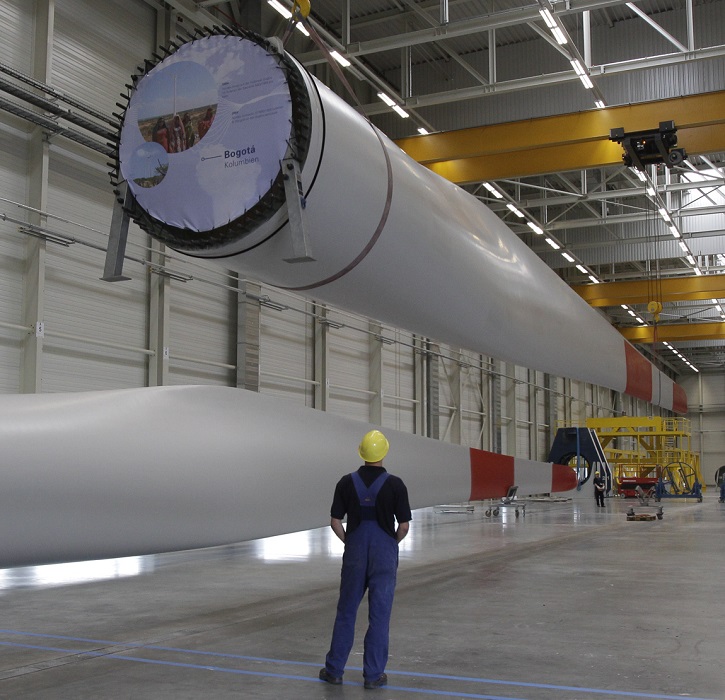 On January 17, European Commission President Ursula von der Leyen said the European Union is planning to mobilize state aid and a sovereign fund for renewable energy companies within a new Net-Zero Industry Act, to keep firms from moving to the United States.

The announcement at the World Economic Forum in Davos comes as energy price rises and policy decisions following Russia's war on Ukraine are seeing onshore wind investment in Europe fall behind the U.S. market.

The EC will propose to "temporarily" adapt EU state aid rules that prevent countries from providing direct support to domestic companies to "speed up and simplify," von der Leyen said. The sovereign fund will provide both loans and grants.

"To keep European industry attractive, there is a need to be competitive with the offers and incentives that are currently available outside the EU," von der Leyen said.

The EC must gain the backing of EU member states for the proposed fund and von der Leyen proposed introducing a short-term bridging solution without giving details. In November, the EC launched a new Clean Tech Europe initiative to identify challenges and encourage investment but concrete funding measures are yet to be announced.

European manufacturers are calling for more help to scale up production and manage high energy costs and the EU will aim to "focus investment on strategic projects along the entire supply chain," von der Leyen said.

"We will especially look at how to simplify and fast-track permitting for new clean tech production sites," she said.

Job cuts and slashed profit margins at wind turbine suppliers have highlighted the impact of rampant inflation and logistics issues on wind manufacturing.

Global logistics costs rose by around 400% over the last two years and account for around 10% of wind farm costs, Barla said.

Intense market competition has meant that suppliers have only passed on a fraction of the cost increases. In Germany, Europe's largest power market, the industrial price index rose by around 40% last year. In response, the government passed new energy laws in December that increase the reference energy price in wind power auctions from 58.8 euros/MWh ($63.6/MWh) to 73.5 euros/MWh. Earlier last year, Germany lifted a two-year deadline on building new wind farms to allow companies to adapt to volatile markets.

The increase in reference prices was applauded by the wind industry but "is not sufficient to stimulate investments in the German market, considering the legacy challenges and the current cost escalations," Barla said.

The U.S. is a key growth market for the three largest European suppliers, Vestas, Siemens Gamesa and Nordex, as well as leading U.S. group GE. Key areas of activity will include blade, tower and foundation assembly, he said.

“It combines the [ambitions of] energy security and building up manufacturing know-how”, the spokesperson said.

Europe's wind and solar industries have called for more support from EU authorities as companies lack the direct support offered by the U.S. inflation act.

Siemens Gamesa wants the EU to consider the wind sector as a strategic industry and provide more trade or fiscal policy instruments that would offset subsidies from other countries. Auction criteria should also be adapted to support European manufacturers, it said in a statement in September.

Henrik Andersen, Group President and CEO of Vestas, has said EU and national governments need a "proactive industrial policy for wind, including improved permitting and support for the scale-up of the supply chain.”

Some EU members are concerned that the proposed sovereign fund will mainly benefit larger European economies. Out of 672 billion euros of state aid approved by the Commission last year, 53% was in Germany and 24% in France.

In December, President Biden offered hope to some companies when he said the U.S. would study adapting the inflation reduction act to allow some European companies to benefit from the scheme, although no details of the proposed changes have been published.

"We're going to continue to create manufacturing jobs in America but not at the expense of Europe," Biden said in a joint press conference with French President Emmanuel Macron.

European wind operators also face caps on power revenues that are fragmenting the market and undermining investor confidence. The limits aim to protect consumers from soaring energy prices following Russia's invasion of Ukraine. EU members agreed to limit revenues from non-fossil fuel power plants to 180 euros/MWh from December until the end of June but also allowed national governments to impose lower revenue caps provided they are higher than the cost of generation.

Last month, Germany implemented a windfall tax on renewable energy generators from December 1, 2022 until April 2024. The levy will skim 90% of wind and solar profits realised above 130 euros/MWh ($137/MWh), or above a benchmark based on the feed in tariff assigned to the project.

The market uncertainty is endangering Germany's plan to accelerate annual onshore wind installations five-fold to 12 GW by around 2025 and to supply 80% of power from renewables by 2030.

European wind developers also face greater challenges from permitting delays that inflate project costs and increase risks on technology and finance. Permitting can take five or more years in Europe due to complex administrative processes and a lack of resources at approval authorities. This compares with a typical one to two years in the U.S., Barla said.

Last month, EU energy ministers agreed emergency regulation that aims to shorten permitting times by defining wind and solar as projects of overriding public interest and clarifying environmental and grid permit deadlines that approval authorities must meet within two years. Efficient national implementation will be key and many governments are making additional changes to domestic permitting rules to boost deployment.

European utilities have warned that permitting delays are a key obstacle to growth in their home markets as they continue expansion plans abroad. Around 80 GW of wind capacity is currently stuck in permitting processes, five times the total wind capacity installed in 2021, according to industry group WindEurope.

Factors which would impact spending in Europe include any measures to accelerate planning and permitting, as well as access to renewable energy financing mechanisms, RWE CEO Markus Krebber told journalists.

“It is not a level playing field between Europe and the U.S...They are not comparable at all," he said.